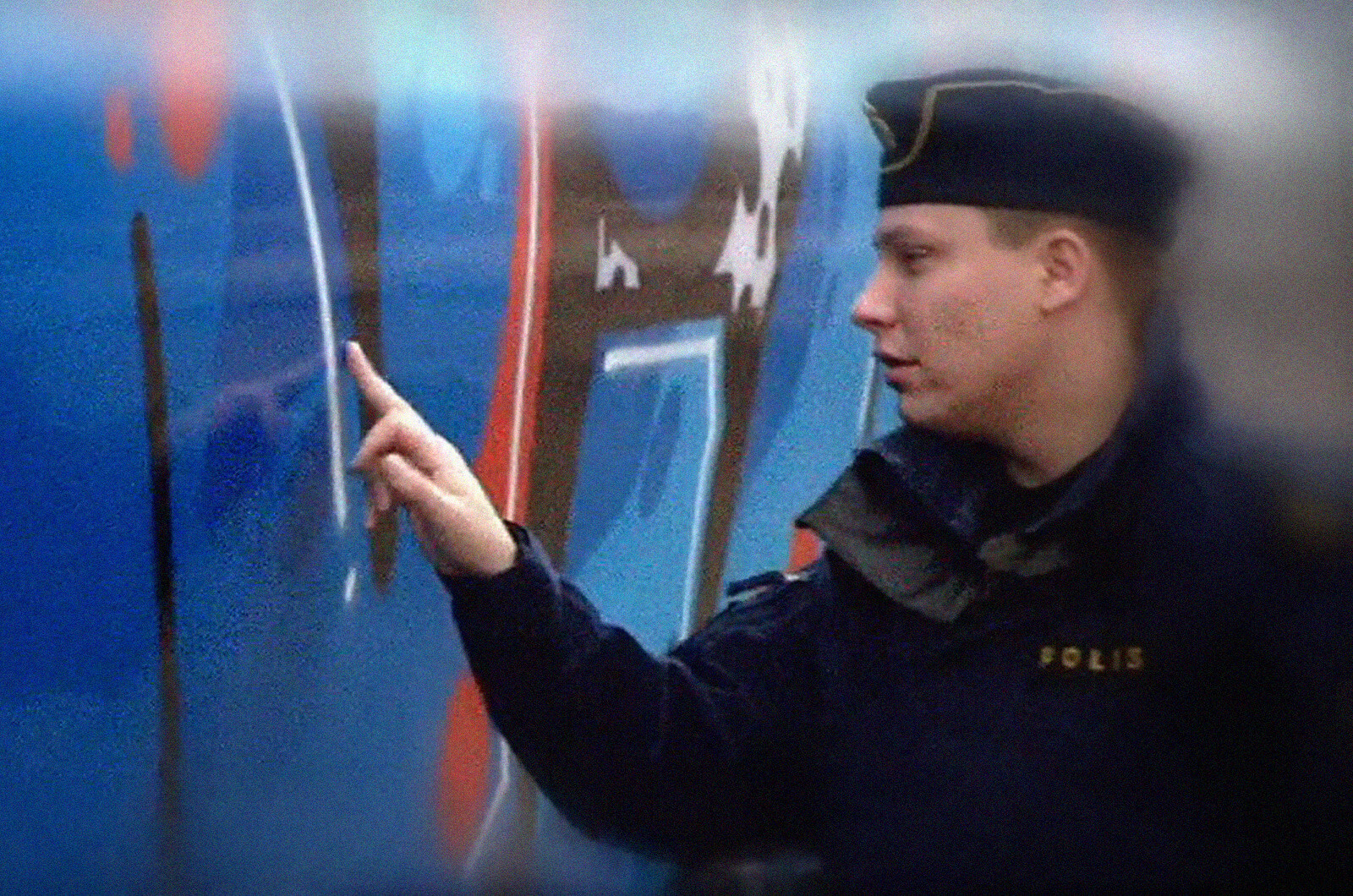 “Graffiti. A protest, a rant, a criticism of society? What’s left of it when marketing, fashion, commercials, designers, galleries, politicians, in short everyone wants a piece of it?

What’s left are those who paint in the shadow and just don’t give a crap about all of that. The hardcore branch of underground graffiti is still here, more alive and driven than ever despite the law, justice, police and ever improving security systems. They remain far away from those who’d like to tame graffiti, put it in a box, label it and sell it.

In 1996, when Montana Colors launched the spraycan which would change graffiti forever, the concept was ‘hardcore’. It spawned from the minds of a handful of train writers in search for a tool worth painting with, in order to express themselves more easily… The MTN Hardcore was born, a high pressure spraycan perfect for the urgent situations steel lovers have to face.

Today, after conquering the world, the Hardcore is reborn almost 20 years later. Staying in touch with the evolution of technologies, the 2.0 version fulfills all expectations. The paint covers better and dries instantaneously, while the pressure remains the same. Of course, most radicals won’t miss the opportunity to point out the irony in an anti-marketing speech which simultaneously promotes a product. To each his own, but Montana Colors passionately started out from scratch and played its part with sincerity, reaching a balance between its mission and sales awareness; a necessity to survive the sharks that soon entered the arena. The Brand from Barcelona stays loyal to its origins and beliefs, remaining independent while creating the best tools for the outcasts of the art world – the bombers and the writers.

Eager to promote this everlasting passion, Montana Colors has carefully picked out footage from all around Europe, courtesy of anonymous graffiti activists whose rage remains intact. This movie is the final result; a tribute to those who experience graffiti with every fiber of their being, as an outlet or escape from daily humiliations of a society corrupt to the bone. A society in which they don’t hesitate to break the rules, in order to feel a bit more… alive.”

Disclaimer: The actions in this movie are shown for documentary purpose only and are of their author’s responsability. In no way does Montana Colors support any dangerous or illegal activities. Please refer to your country’s legislation toward graffiti.