VERY ONE, THE OSAKA AMBASSADOR 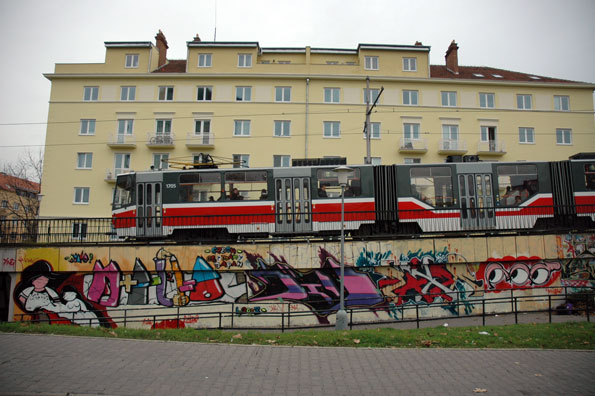 My name is VERY ONE, I started my graffiti career in1996. I like to travel, so I bomb and piece anywhere I end up going.

Can you explain to us how the scene is in your city? Country?
At first, I’ll talk about my home town, Osaka. Writers here started bombing the city in the early 90’s. Initially, everyone knew each other and just being a writer was good enough reason to hang out, talk, and paint together.
Now, there are a lot of writers. Theres some I don’t even know personally. Theres plenty of writers in places like Tokyo, Kanagawa, Nagoya, Fukuoka and Okinawa.  On the other hand, they’re some decent sized cities that only have a couple of writers or no one at all.
Since Japan hardly has any legal walls, peaces can be found in abandoned buildings and tunnels. In the urban areas, there are tags and throw ups. Although recently, there has been colorful graffiti due to an increase of Montana and Molotow cans but, back in the day there were black and chrome simply because that’s all there was.

How did your graffiti career begin?
In 1996, I watched the movie, WILD STYLE and that night I took the can that was at my house and tagged close by. I didn’t know I was suppose to write a name so, I just wrote some words that was Hip Hop-y. I was only using altered versions at my name at first, then I started to use ‘VERY’, a nick name I had back in elementary.
The first whole year I didn’t meet a single writer. I wish I had. In 1997, I stumbled upon Osaka’s graffiti shop and that’s when I leaned about different caps, exchanged information, a graffiti tour to Tokyo, all contributed to expanding the scope of graffiti in this world. 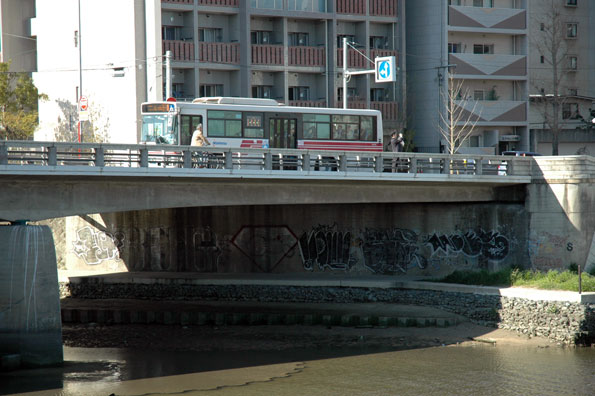 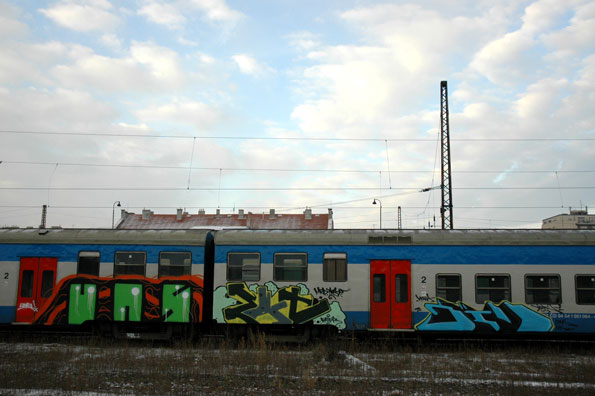 Legal or illegal? Why?
Illegal for the most part. Write in places where it’s gonna stand out. And  avoid personal property as much as possible. I’ll write any legal chance I get. It’s nice to chill, paint, drink beer and all but, places like that are rare in Japan.

Can you describe your style?
I like a style that is futuristic with straight lines and rugged looks. I’ve tried curved lines once but it just didn’t work out. 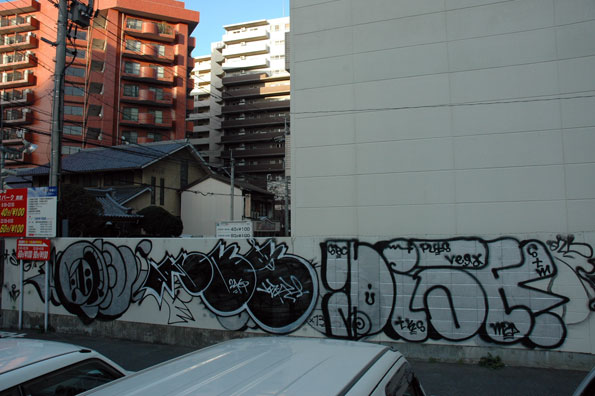 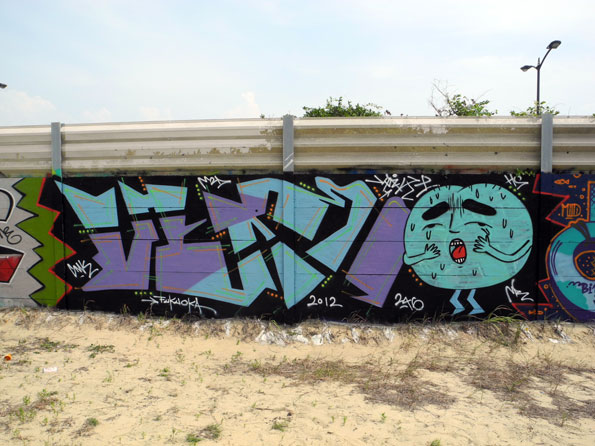 Any influences or writers that you admire?
In 1999 I took my first international trip to San Francisco, where it was truly a graffiti fest. There were so many varying styles and completely turned my stereotypes on its head. I learned how to move like a writer in the US, in ways I could not have in Japan.
Recently, I’ve been liking the weird styles from Easter Europe. 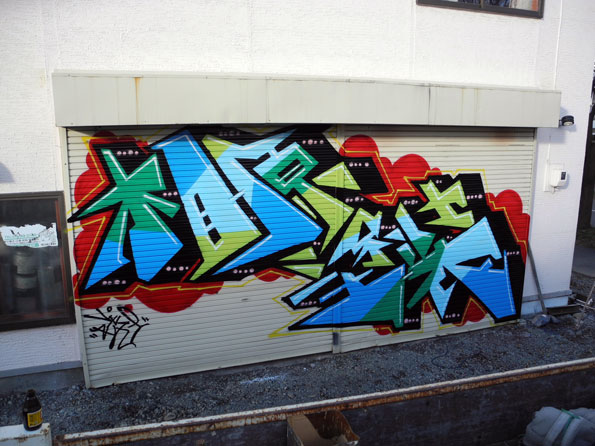 What are the differences that the Japanese graffiti scene has from the rest of the world?
Compared to Western cultures, there are hardly any writers here. Simply, It’s hard being a writer here because the city population is highly concentrated with snitching strangers and creeping cameras, It’s depend on the city though.
Using spray paint in general is seen as a criminal activity so there aren’t any legal projects. Compared with other countries, the proportion of Toys to the writer population is probably about the same. None-the-less, there are plenty of talented and original writers.

On the daily, you read and write with the Japanese Alphabet. We Western cultures use the Latin Alphabet. Yet, you paint with the Latin Alphabet.  How does this affect your graffiti?
I bomb all around the world. Graffiti painted in Japan will be spread via internet and since my whole purpose is to have as many people notice you, I end up writing in the legible Roman letters as oppose to the unrecognizable Japanese characters regardless of how cool Kanji looks. 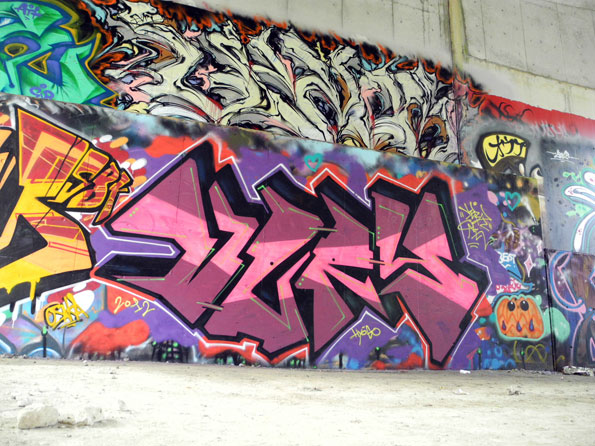 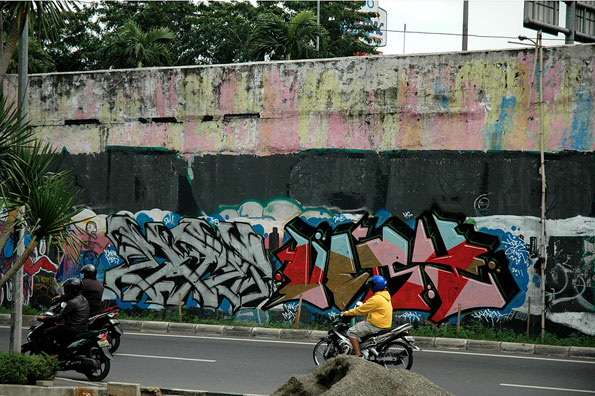 Could you tell us if there are any writers who use Kanji?
Compared to Kanji, there are more writers who use characters original to Japan like Katakana and Hiragana.
I sometimes use Katakana myself. Yoka and Salt often bomb in Japanese.  Neim also uses Japanese lettering.
In China, there is a guy who uses Kanji.  It’s fresh but I can’t read it.

In Japan, everything not traditional is rejected. What about graffiti?
Seven or eight years ago, there was this really negative campaign that aired on TV, where this criminal psychologist was saying “tags seen in the city are codes of organized criminals!”  This continued all day for weeks and strengthened the public’s view of graffiti as a true crime.
Until this show, there were people allowing us to paint their walls and shutters, but not any more.  The media picked up footage of writers shown on surveillance cameras and them eventually getting arrested.
And I currently live in such a society. I don’t know why but there are a lot of young writers bombing here in my hometown Osaka.  And I appreciate it but at the same time, it’s got me on my toes.
There are a lot of young people in the city who like graffiti. I’ll often ask a girl at the night club, “let me tag on you!”, and they all let me tag them. 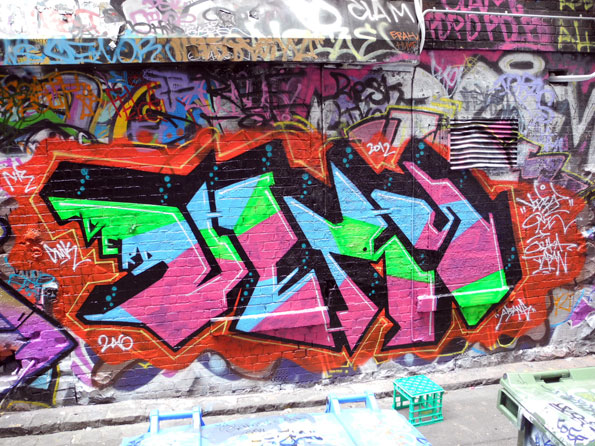 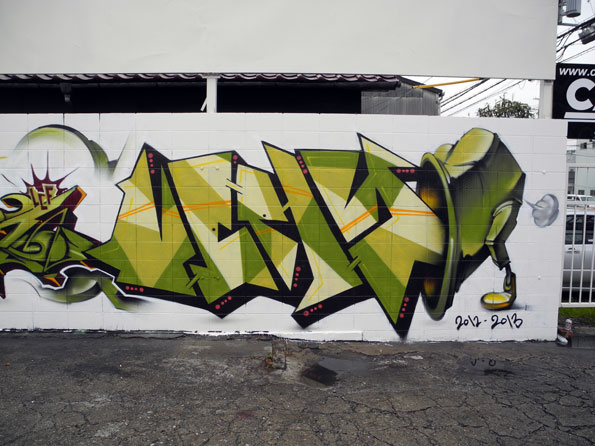 We can see your tags all over Japan. What is the next step?
Recently I’ve been thinking that instead of bombing in numbers, I’m striding to become a writer who can create an impact with a single smash of quality in a dope spot.  I wanna move to Southeast Asia. Oh and, I’m making a graffiti video by the way. 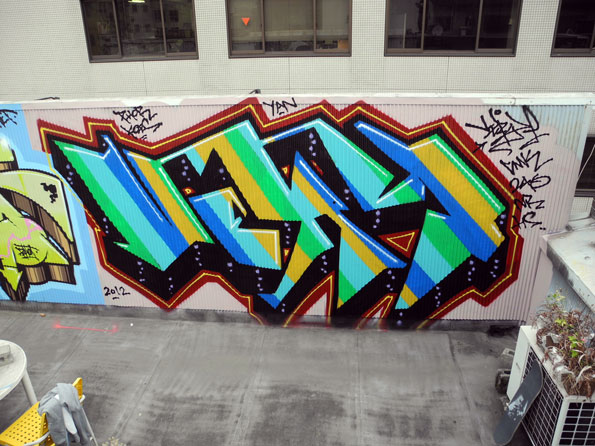 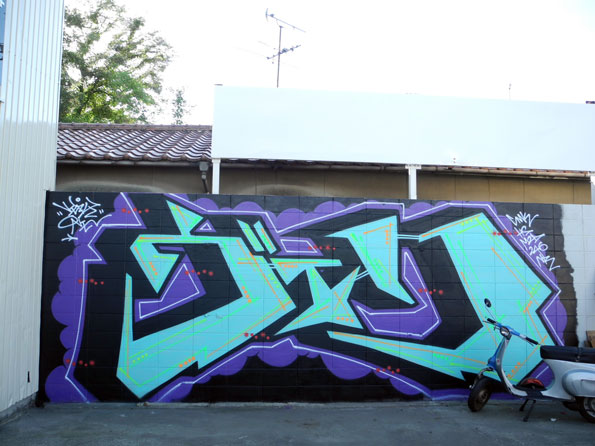 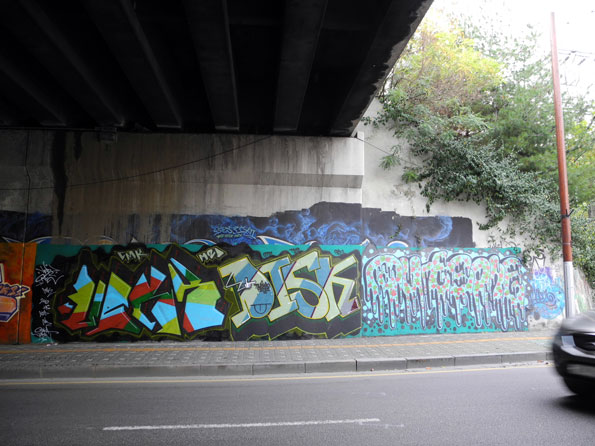 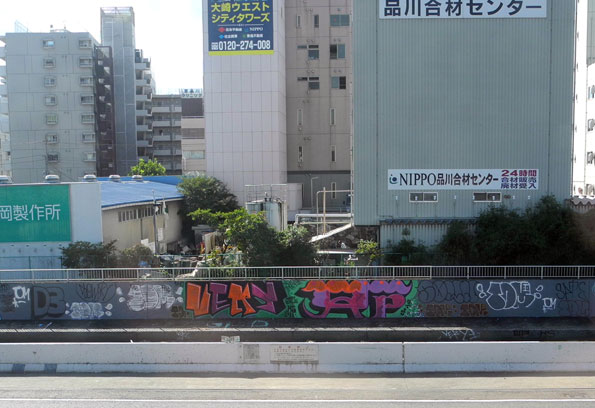