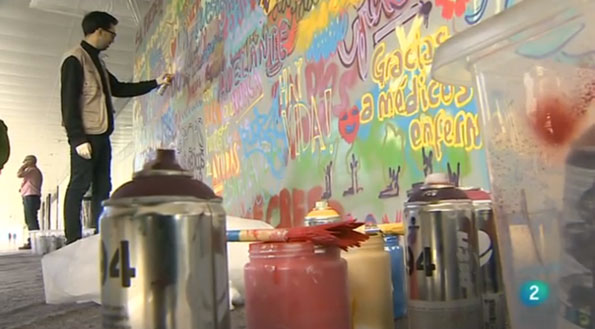 On February 4th we celebrated the World Day against cancer. In Spain more than 1,5 million people live with the disease. Different actions have taken place across the country as homage to the patients with cancer. 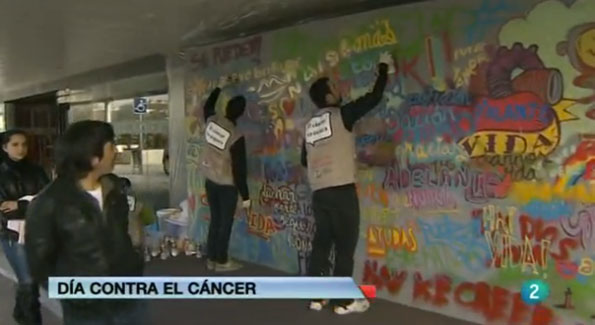 In the hospital 12th October in Madrid the collective Boa Mistura has launched a spontaneous mural where those affected by the disease have been able to express their  gratitude to the professionals who have helped them or  show moral support and encouragement to those who remain in struggle. 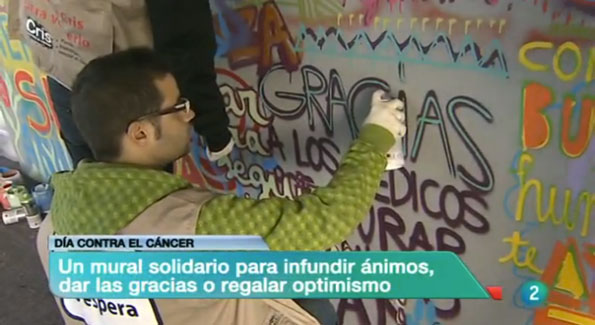 You can see the news at  minute 18.13 on the video link to this page of La 2 Noticias. It makes us feel proud that one of the few positive stories appearing in the news is accompanied by MTN sprays. 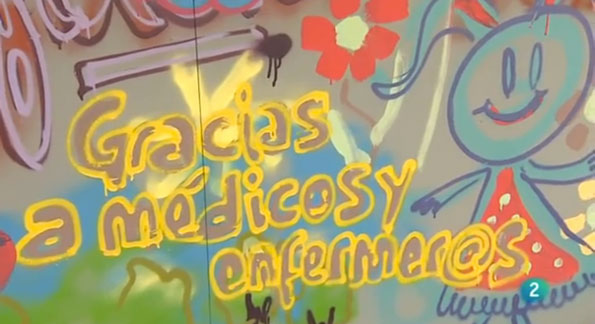