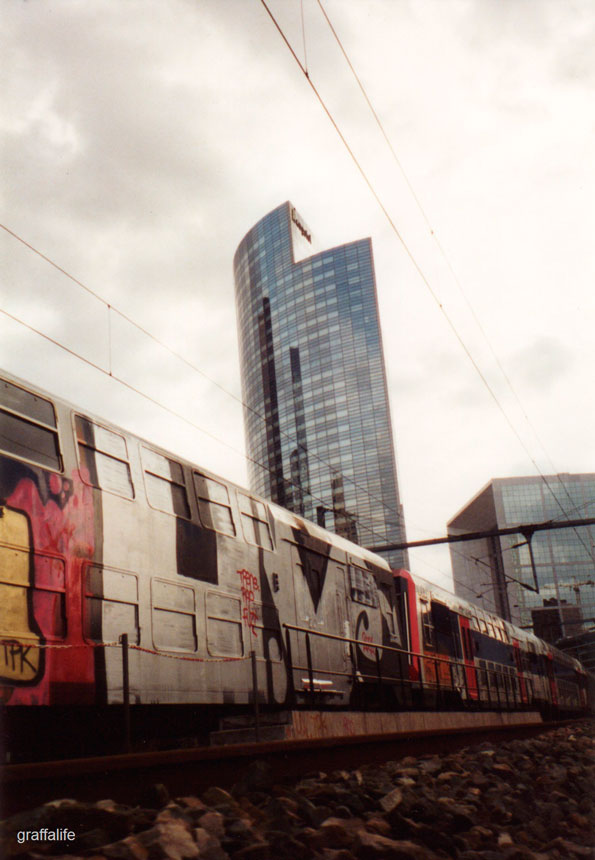 There is a proverb that says that a picture says more than a thousand words. In a culture as visual as graffiti can be, this phrase becomes very true. A photo can tell us a lot more than most first impressions. If you also add an artistic touch the photography like some images of graffiti has, the image in question is worth admiring for a while, and not just scrolled by and unobserved like any other pic on the web.

Found on the blog of Icongnito Magazine and probably re-blogged from RAP, we got this sensational image dated from back in 2001.

We are talking about the beautiful double decker U Line in Paris with a clean top to bottom silver made by UV crew. The tags tells us who the authors are: Trane, Fuzi and Rap, three of the most representative names of United Vandals / Ultra Violents, without forgetting Eyeone.
The context is, undoubtedly, the period of most train bombing in the history of Paris. A time and place in the history of graffiti very well documented by the Dirty Handz videos. The contrast between the bombed wagons and the clean modern glass buildings of the business area of  ‘La Défense‘ makes the image stand out and shine compared to many other, but it also works as a metaphor to the city of Paris with its enormous social differences.