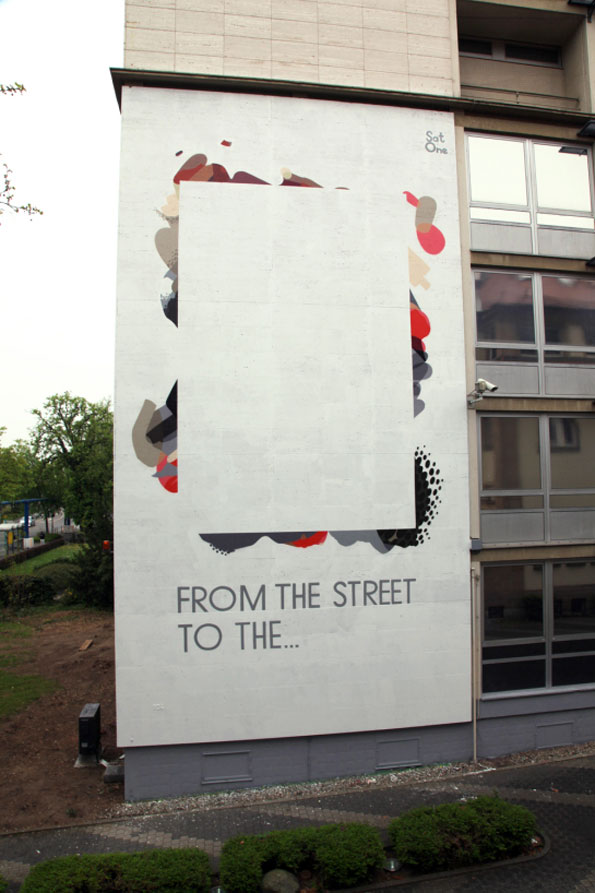 We’re getting  used to being surprised periodically by SatOne´s productions. His last work, fruit of his short stay in Frankfurt, is no exception. Satone, playing again with his formal line, this time limited by the concept of the piece requirements.

Graffiti is a form of expression with automatic expiration. That might also be why there is so many ideas on how to conserve it, including all the traffic on the internet that concerns it. A more pure way of conserving the works might be following the example of more conventional art forms, and SatOne is doing exactly this by ironizing the idea of bringing street paintings into the galleries. This is why he presents this almost completely “empty” composition supposed to be moved into a “safer” environment. A genius idea that leaves it up to ourselves to imagine what was in the original painting. 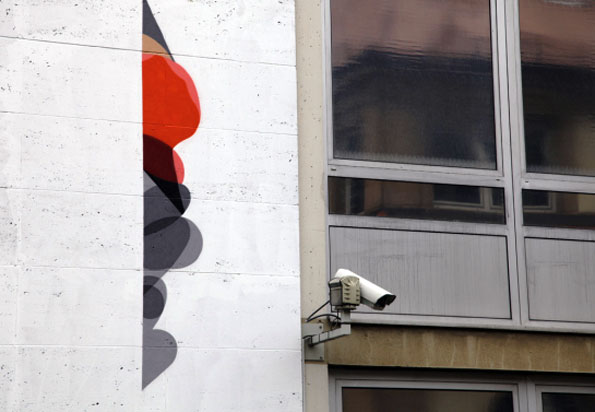 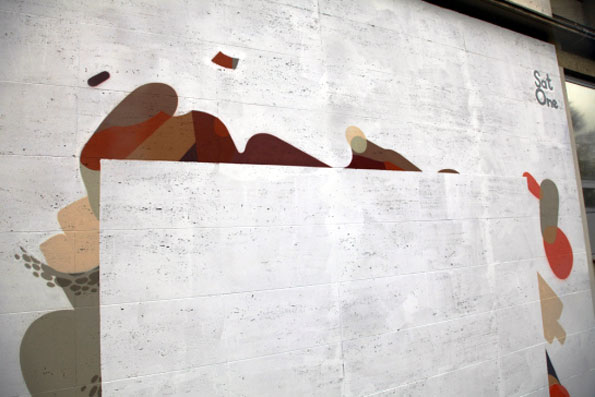 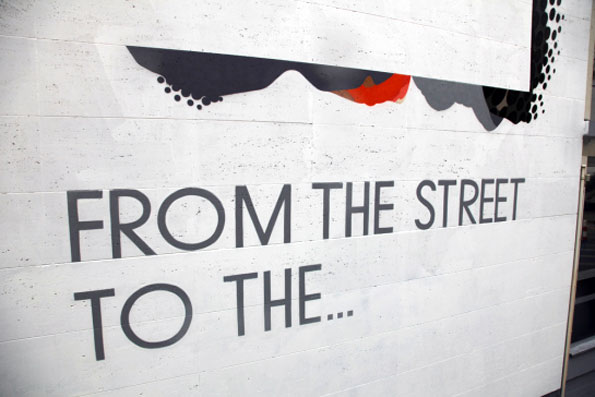 Suso33 made a similar reflection about 10 years ago with his Legal/Illegal. The position and location of a piece is what determines its acceptance, a thing that often manifests as contradictions when people share their opinions around works of graffiti. 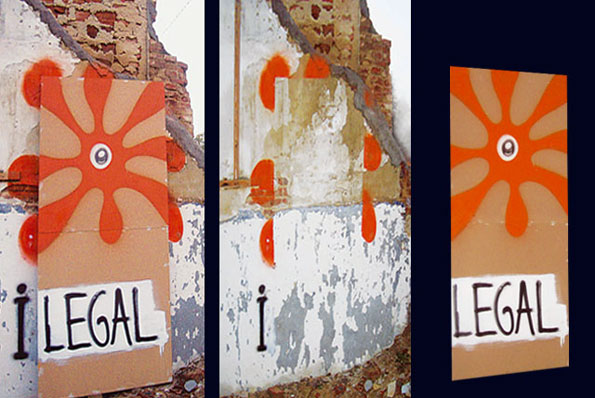