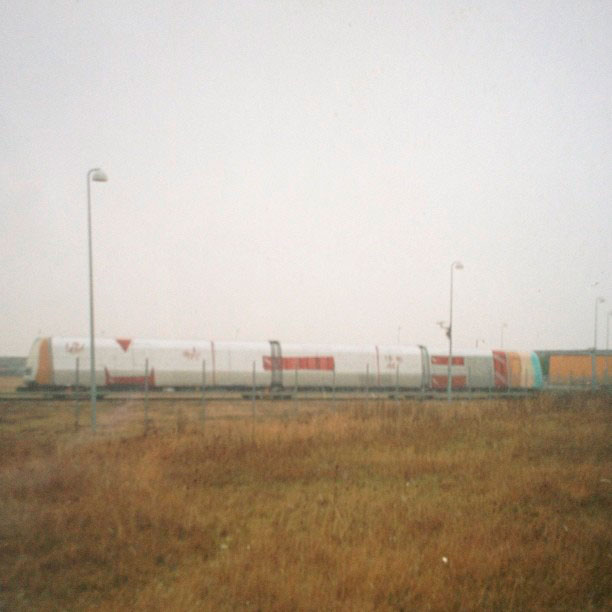 This photo was taken of the Instagram of Mins, the founder of the MOAS crew.

His long career of more than 20 years on the scene in alliance with crews like VIM, ALL, TKO, MSN and TPG, his thousands of panels made in the name of the group has guaranteed the reputation of this collective putting them up there as probably the most prolific train writing crew in history.

The pictures is of a metro whole train made in Copenhagen back in 2003. Even if your first guess might be that this is a group action, it was actually made by only one writer, Les, who was determined to get this action done by himself.

Obviously it is hard to determine who is the author of each MOAS piece since the object is to always make and get up the same crew letters.

Mins tells us in the book ‘Monsters Of Art, 20 years of havoc‘ that there was rumors going around where people accused the crew of not being active in their own metro system, and therefore not being worthy of all the fame and myth that surrounded them. In the book the bury this rumor profoundly. Without taking this any further, MOAS did actions in the Copenhagen metro before it was opened for the public, and even on the day of opening. Like Mins says, “we where there, even before you where thinking about it“.

CMP ONE, INTERVIEW WITH THE DANISH MASTER

FIRE AT WILL: PAZE

THE “WRITER” SIDE OF NORDIC INFLUENCER KONG HALVOR