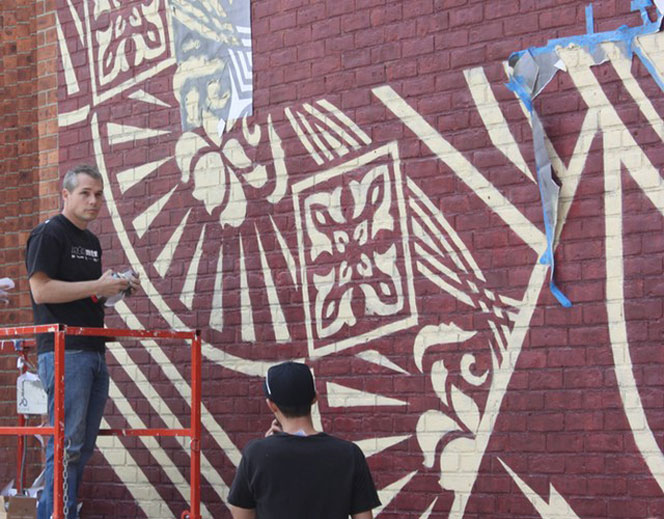 Shepard Fairey has returned to New York. He has been seen while making a new mural in Dumbo, close to York Street F, a work that reminds us of the tenth anniversary of the Wooster Collective.
Marc Yearsley from the Gothamist has had a moment to chat and change ideas with him. These are some fragments of what we found most essential from the interview.

‘It’s kind of an awesome irony that I’ve been arrested in New York multiple times and then I’m getting a city wall. The only downside of doing something where you have to have city approval is that you can’t make the content too controversial.‘ 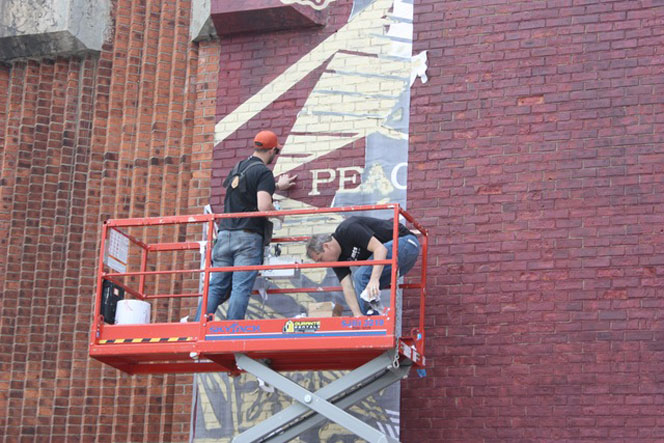 ‘Over the 24 years I’ve been doing this I’ve been arrested 16 times. It’s not that I need to prove that I’m willing to take risks to do what I do. The idea of being able to do something that’s more permanent on a larger scale, that’s more artistically challenging and I think more powerful as an end result.‘ 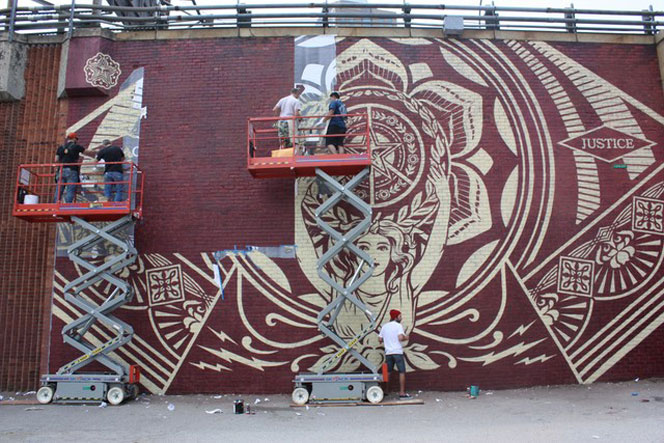 ‘Everything I do is driven by my belief in art and democratizing art. It costs me a lot of money to do the stuff that I do. I don’t apologize for putting my graphics on T-shirts and selling them and using that to fund my street art and give to charities…It’s disappointing that people project a certain thing onto me while they do not scrutinize the really evil people. I’m one of the good guys.‘ 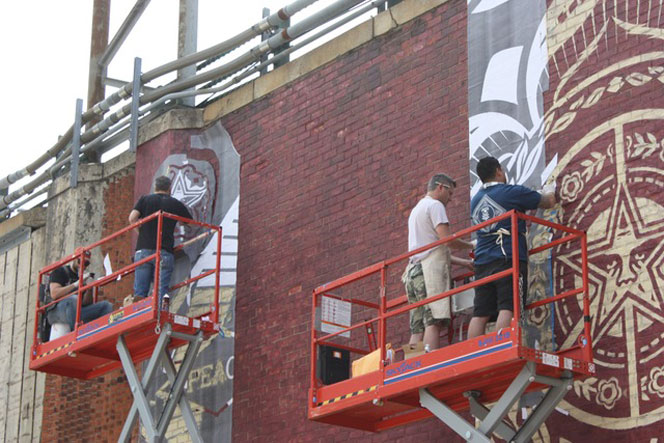 ‘I’d much rather be the one creating things that people react to than be the one just sitting back reacting, too scared to make anything.‘ 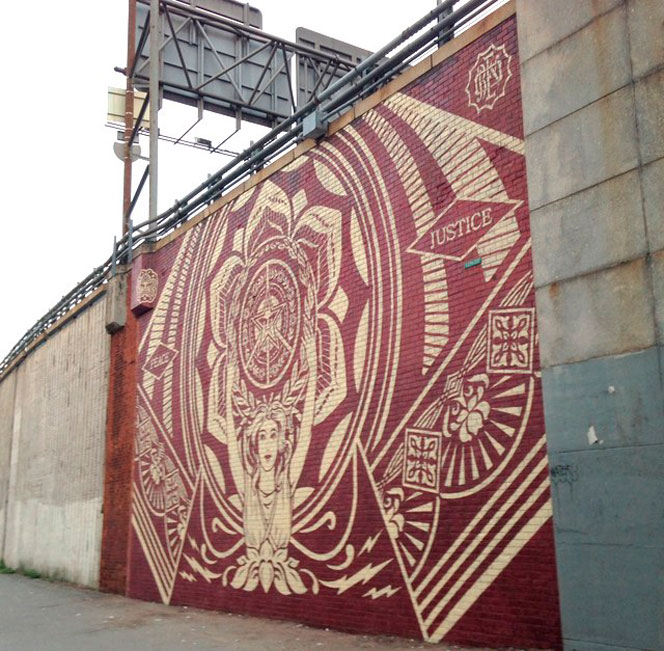