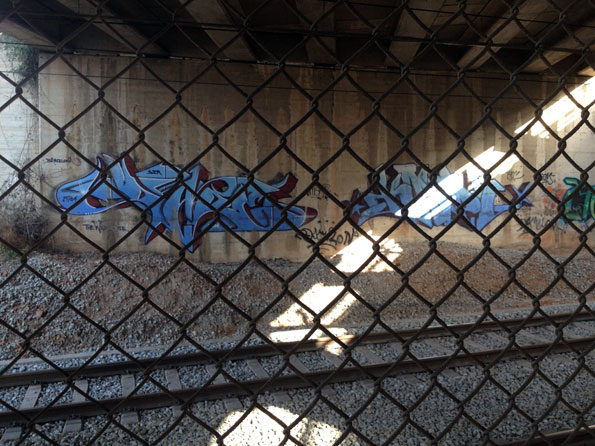 Not long ago Kapi posted a recently taken photo on his Instagram of a mural he made with Dare back in 2004.
After 9 years the pieces was still intact, showing us that the concept that we always speak of in melancholy, the ‘respect’, is something that still haven’t faded away.
The presence of these pieces, which we can qualify as historical, has made Kapi reminisce one of the actions he made with Dare in those days. A true homage to this honorable king of wildstyle.
Dare TWS, Rest in peace…

“I was going towards Sabadell and passed through the town where I used to live some years ago, Sant Quirze Del Vallés. Right there by the commuter train station I looked down from the bridge where i passed, and there they where. Still there, the two pieces we made nine years ago, still intact, like if it was a page in my own diary. “Dare” in the corner and “Kapi” next to it with just a little bit of space between the pieces, very clean and with no background. The wall was completely empty and clean nine years ago. Today the wall is fully painted with pieces and tags everywhere, there where even tags of other writers around our pieces, but surprisingly enough none of them had touched our legacy.
Not even the sun had messed up the paint of these marvelous cans from the Alien range which came out on the market around that same time, Azul Monaco and other classics. There was some dirt created by the rain on the pieces, but nothing really serious.
I passed through the tunnel much slower than you should on this road, 25km/h and i decided to stop, without thinking, out of pure instinct.
I stopped to the side of the road and took out my iPhone with which I always try to take pics of stuff i feel for and want to remember. 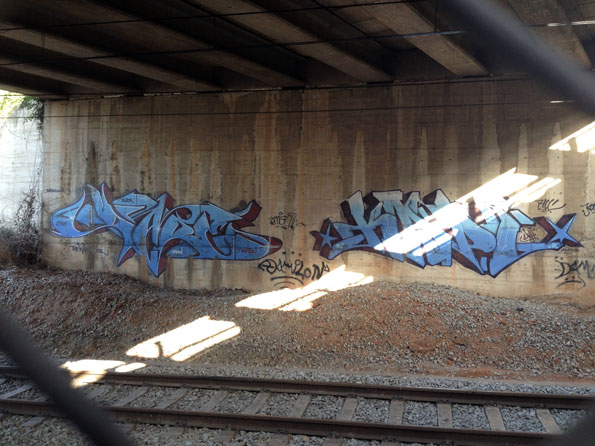 This spot was very close to my place but we still took the car to not walk around all suspiciously  with a lot of paint dressed like burglars in the middle of the village.
We walked around a bit, watched out for a while around the station and there was no sign of danger. It seemed cool. The spot had some some really strong shadows that created those typical night lights precisely where we wanted to paint. Not everyone can paint spots where you almost can’t see anything and where you can’t distinguish any contrasts. You can’t expect to get perfect results, but Dare could, it was simply perfect, I had more difficulties, but my years in the trains yards and lay ups had given me some experience and in the end it came out well.

When we started sketching around 2:30 in the morning, a light like from the movie Terminator suddenly was turned on from nowhere at the far end of the tracks we where standing on. “Don’t panic”, we whispered to each other. If they where coming for us they wouldn’t have came at us with all lights on and they wouldn’t have made so much noise. It was one of those typical wagons that goes around to do work on the tracks, we both knew it and we didn’t even have to talk it over. In Dare’s hometown of Basel in Switzerland they obviously also had walls to paint along the lines, he knew the deal. We slowly crossed over the area that was under surveillance and huddled down in some vegetation on the side of it. It was really hot outside and we had pants and long sleeves to avoid scratches  since we knew we had to pass through a small forest between the wall and the road where we parked. The workers finally got to the station, about 50 m from the spot we where painting.

They stopped there and started to do some work, a bunch of workers and lots of lights, but this also created something to our benefit… they where making a lot of noise. We decided to take the risk thinking: “They won’t see us, and they aren’t looking for us”, we became more “ninja-like” than ever, just like on the train missions that we both had made years back and got training from. In one hour we finished our adventure without any incidents. We dropped the paint we had left on the other side of a high fence and cleaned of any kind of proof from our hands and clothes as good as we could (especially plants and dirt).

We got into the car and passed by the fence where out paint was safely resting waiting to be picked up, and we could almost just reach out from the car and pick them up. We where on our way home again. What a nice feeling it was, this moment of brotherhood that can only be shared with a good friend and common graffiti writer. Dare, so many old adventures we have had  that didn’t came to mind, and this one was the one that made me remember you.

Rest in peace my friend, and thank you for everything you have brought to the graffiti community, the culture that you loved so much, the same community that loved you back just as much.‘ 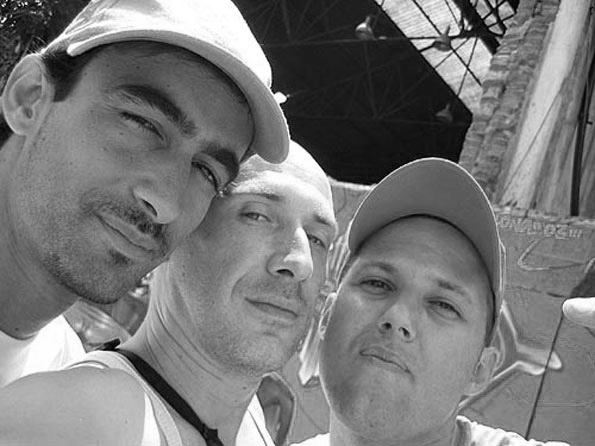