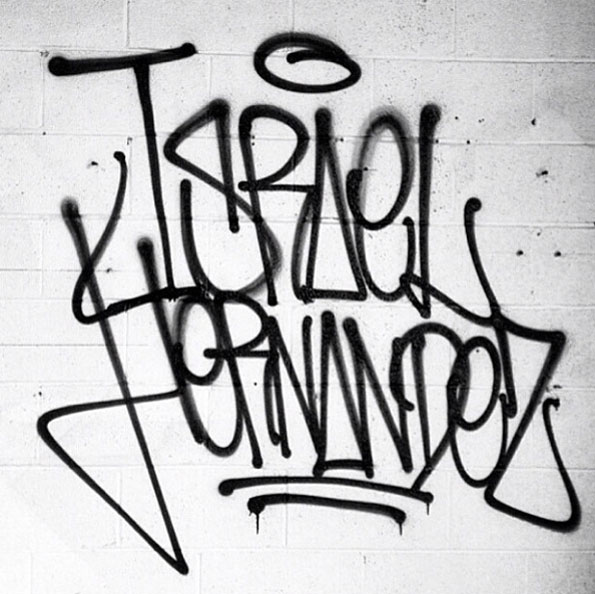 Last 11th of August the international graffiti community received a tragic news. Early in the morning, Israel Hernandez, alias Reefa, a 18 y.o. young writer, died due to a cardiac arrest during a contact with the Miami police. Sources say that, after having been caught painting in an abandoned McDonalds establishment and behind a long chase through several private properties, the young man had been shot in his chest with a taser, which discharge was deadly for him. The friends who accompanied Hernandez painting, claim to have witnessed the police swagger after having pulled down the boy.
Without wishing to use such a sad news to deliver careless judgments, it might be appropriate to reason out this unfortunate event.

The practice of graffiti, by its intrinsic characteristics related to its locations and its illegal status, is used to lay on the line the safety whose wields it.
Of course, all these factors are fundamental within the merit evaluation in this game and its participants must be aware of the dangers they are exposed, while consistent with their results.
Nevertheless, when the risk of the physical integrity is not a result of an individual and own personal choice, but it is induced by external agents, we cannot demand a resignation to the consequences. Far from debating on the agents attitude and the disproportion of their actions, it seems interesting to make a speech on the relationship between the police and graffiti writers. 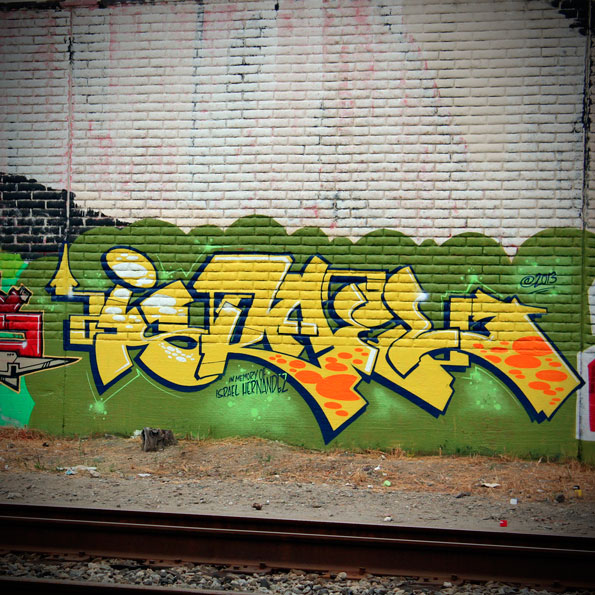 In all westernized countries, where the respect for private property is above the respect for people, graffiti is the lowest level of crime. Lowest level for sure, but still a crime after all. This means that, on one hand the legal consequences of painting graffiti are milder than in other crimes, obviously. But on the other hand, a graffiti writer can be treated in the same way as a murderer or a rapist throughout his detention: it only depends on the subjective criteria of the agents involved in the process.
Alternatively, the graffiti writers are often persecuted by the lesser level of the law enforcement: security guards and police patrols; jobs susceptible to be dealer by people lack of any peculiar vocational interests and professional motivations up to their responsibilities.

At this point it’s not too hard to see the image of the graffiti writer and that one of law enforcement as a perfect antithesis. The police officer without any vocations is the last link of the executive arm of the violence monopoly and his figure represents the power of the state against his citizens. He is responsible on reminding prohibitions and repressing. His behavior and his reasoning wrap the state laws. Because this is his work and he gets paid for doing that.
On the contrary, the graffiti writer paints just because he wants. He is the least harmful link between the outlaws and his figure represents the freedom of the individual. He reminds us that everyone can accomplish great feats. The graffiti writer carries out ethics, he does what he wants, without any rules but also void of any interests or profits .. This last aspect is what properly differentiate him from the other criminals, and makes graffiti a romantic crime that should be assimilated by the authorities in a different manner respect to the other illegal behaviors. Anyway, we cannot forget in which kind of society we live: a society where, technically, it is legal to kill someone for painting an abandoned establishment of a multinational. We cannot forget Israel. 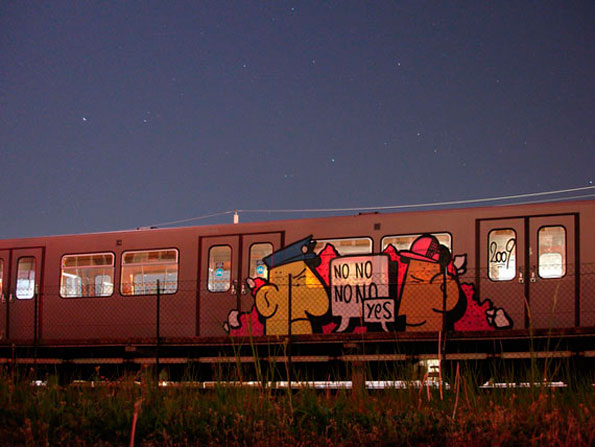 MASKS: MORE NECESSARY THAN EVER BEFORE