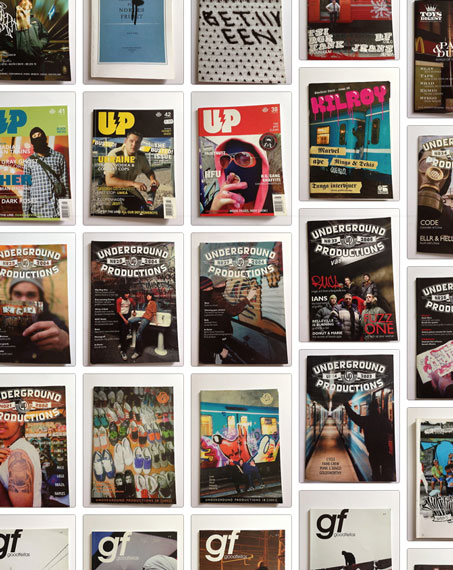 ‘Bella Zio‘ is a interesting Tumblr page dedicated to show a private collection of graffiti magazines. On the page we can find samples from all over the globe, as well as from a long range of time. The administrator of the web only shows us the front cover of each magazine, so we had to talk directly to this SEF CLAB crew member about the wonderful world of “graff-mags”.

When did you decide to start collecting magazines?

When I started painting graffiti, in 1998, my friends which were older than me already had some magazines, and it was the only way to learn faster and understand what graffiti was, and it was also my first step in traveling.

Which one was the first you got?

The first one, was the ‘Xplicit Graffx’, and I bought it in Lyon. I already knew ‘Xplicit’, because my friends had some issues, and I was already fascinated by the styles I saw inside. 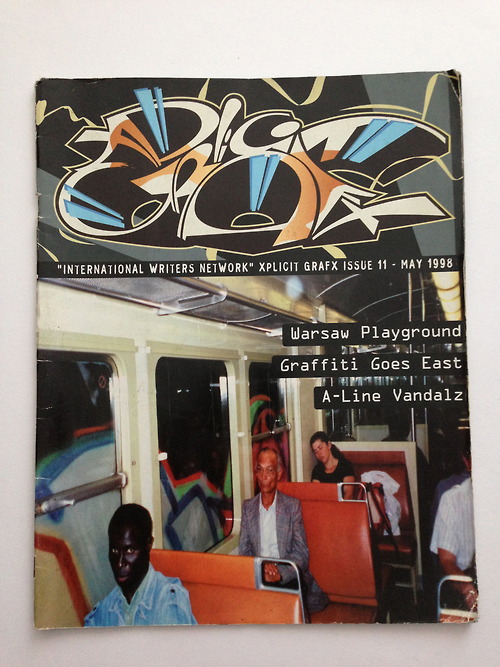 What are your 5 favorite magazines of your collection?

First of all I would say ‘Xplicit Graffx’, because I’m French and it’s the whole story of graffiti in my country. 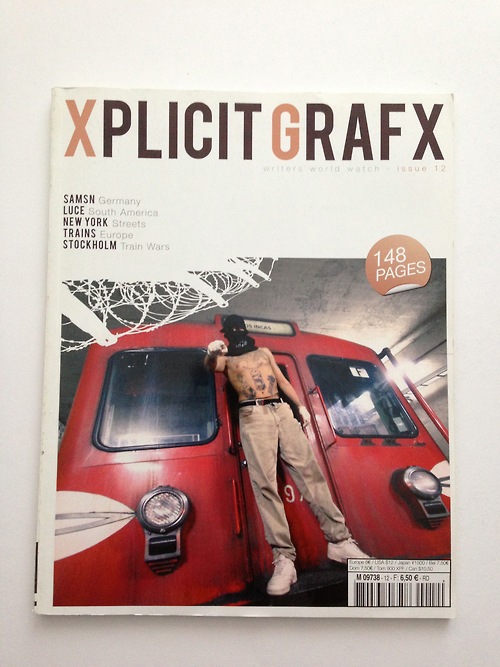 Then I would say ‘Subwaynet’, because it took me a very long time to find the issue 0, and I like the idea of making a magazine only about subways. 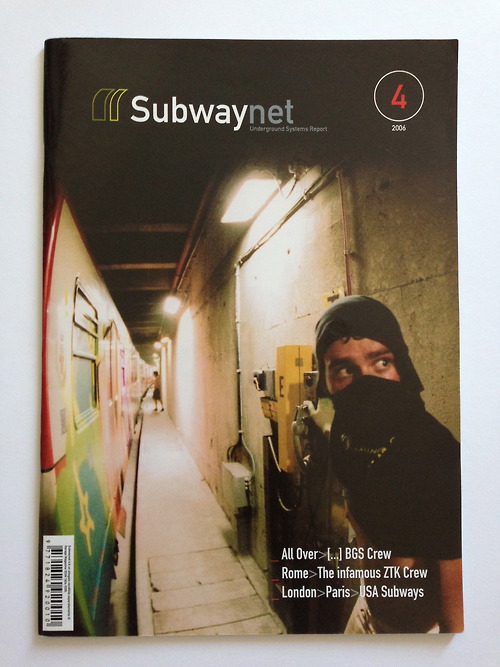 ‘Underground Productions’ is also one of the first magazines I read, it was like the Bible of style! 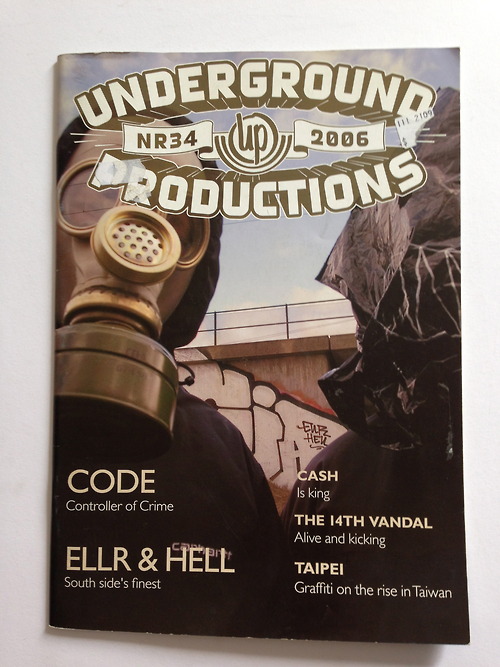 Then I think it’s ‘Goodfellas’, because of all the story of Barcelona. I like to think it’s the modern version of ‘Sicopats’. When the first issue was out, it was already a good quality mag, with nice pics, and a good work of design. 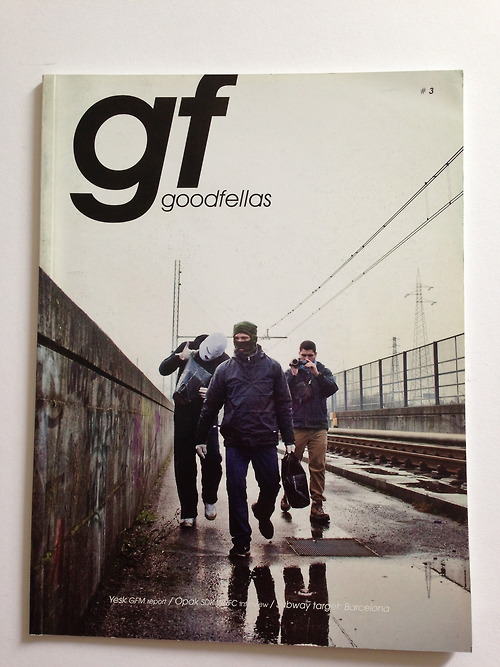 In fifth position I would say ‘Garage’, because they started to mix graffiti and good quality paper, with huge pics, and nice focus. 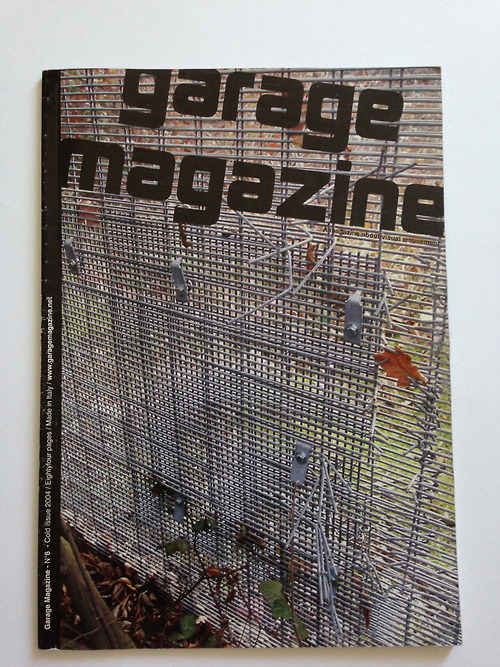 I recently received 2 magazines from Finland. One is like a news paper, and I really love this idea. The pictures are really big, and the finish style is really crazy. The other one is in a bigger format than A4, with paper, with mate paper, huge pics, and always a crazy style, you don’t find in other magazines, and I like when there isn’t a lot of issues. 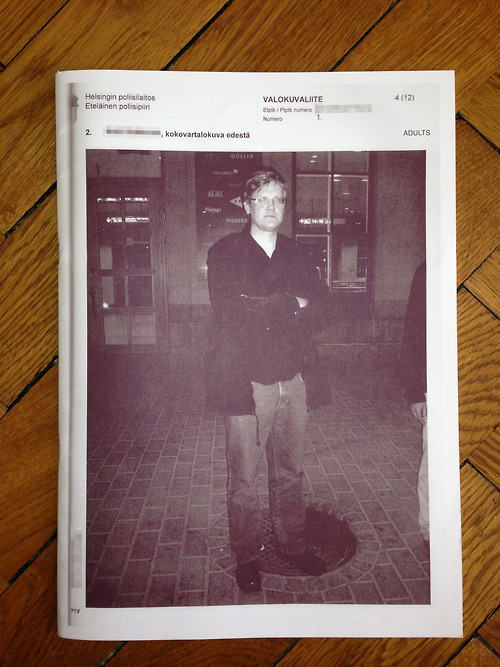 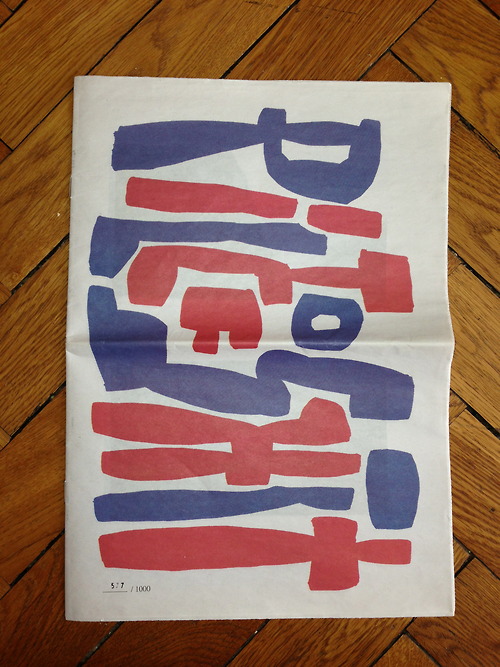 Then I would say it’s an old ‘Xplicit’, the issue 5 of volume 2 january 2001. This one was on the table close to my bed for years. A special about c4 with some pics of french systems like Toulouse, Lyon, Rennes, even Strasbourg tramway… 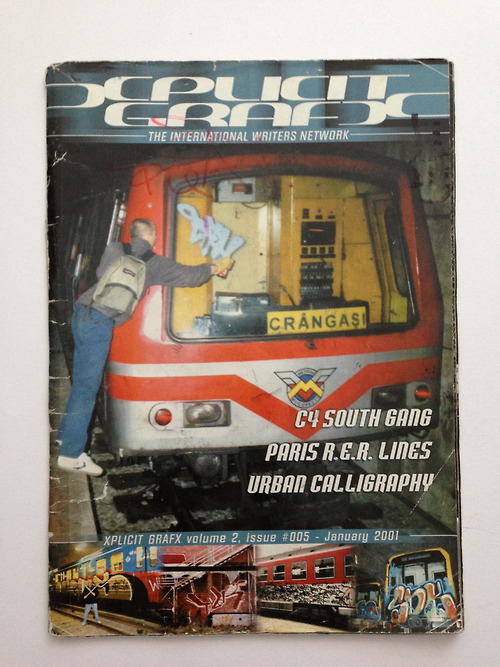 I would say the issue of ‘Welcome to the Jungle’ with the Rome special, only for the pics of Mr Poison on the back of the cover. Rome also made all writers dream about it. 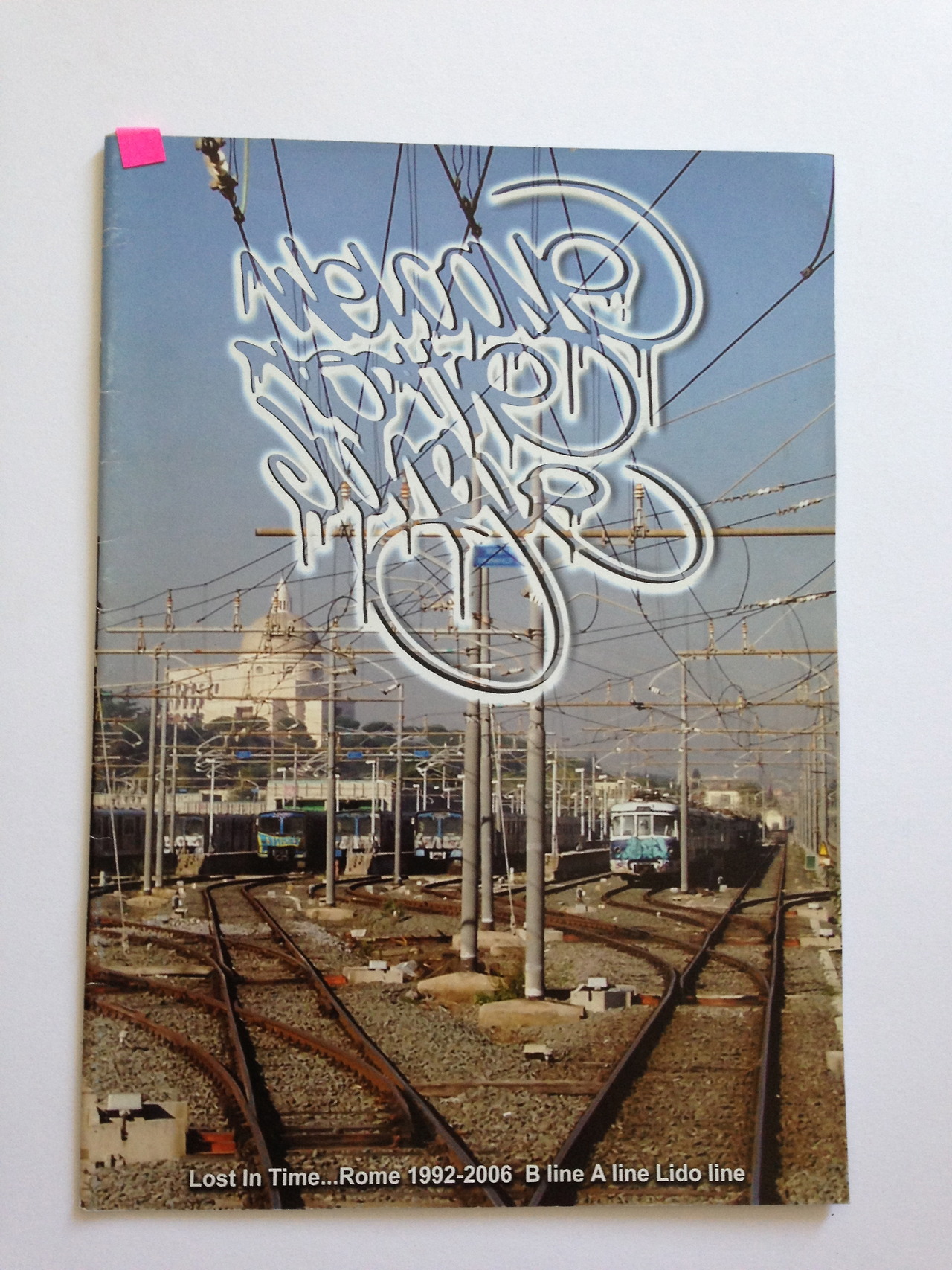 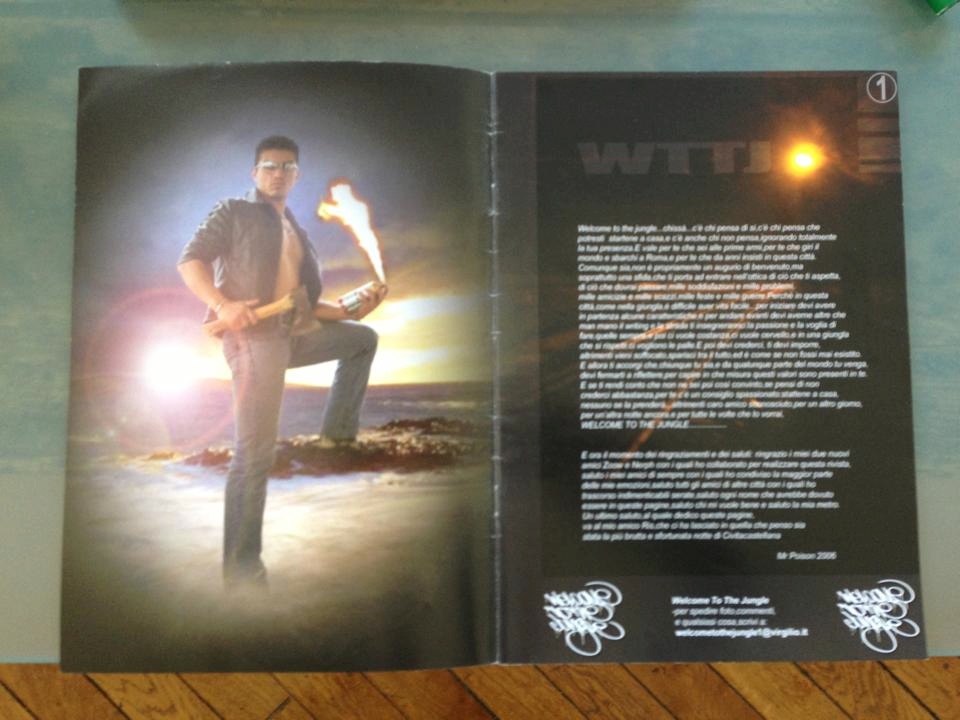 Finally, the last issue, it’s also old, but it’s the second issue of ‘Sicopats’. First now I got it, and it’s been years I’ve been looking for the first issue,  it was really important to me. It is the Barcelona graff history from one point of view. You can see the first travels of guys who are still active today, see really good styles and it influenced me a lot in my painting. I often go to Milan, and I really like to see La Mano in the streets, it reminds me of this time and this magazine.
Pie also had a crazy style… and I don’t even start to talk about TSK, there is too much so say about them… 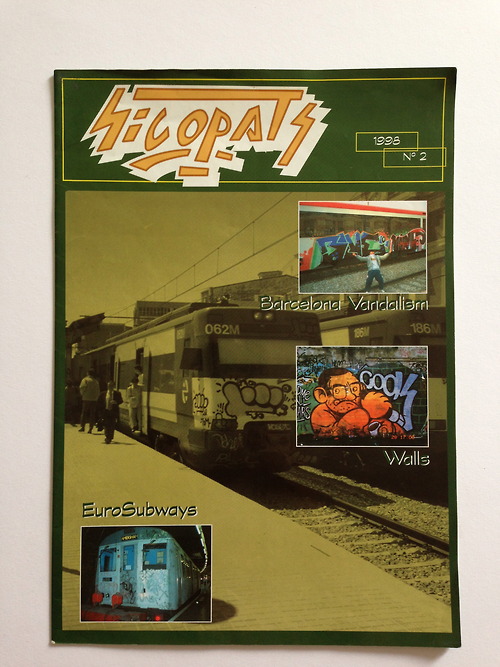 To me it’s a kind of mission when I travel, I always need to find all the shops, and check if I find the last issue of a magazine or a really old one.

Not easy to answer, I like so many for many different reasons, but I would say ‘Trainlovers’ issue 3. 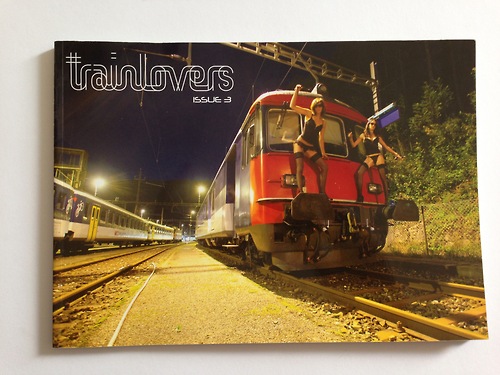 The cover of ‘Bomber Megazine’ issue 27, because the idea was fucking cool! 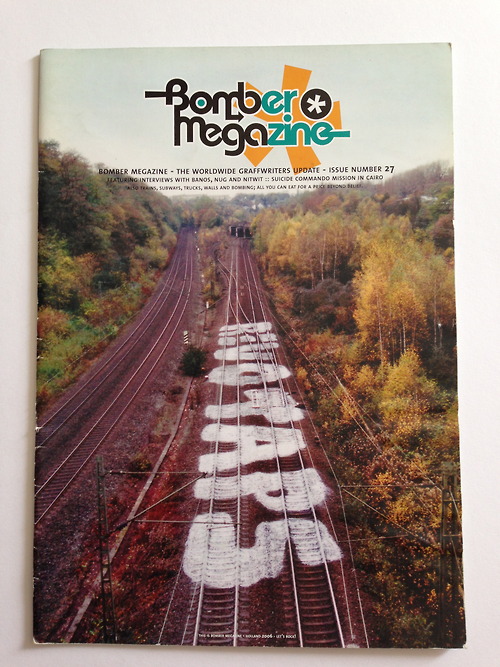 And the ‘Toys Digest’ issue 3/4. I always check this place now when i’m in Porta Ticinese. To me it became like an european tag spot where I like to see who is up on the wall. And Dumbo is a great part of the story I really like from Milan. 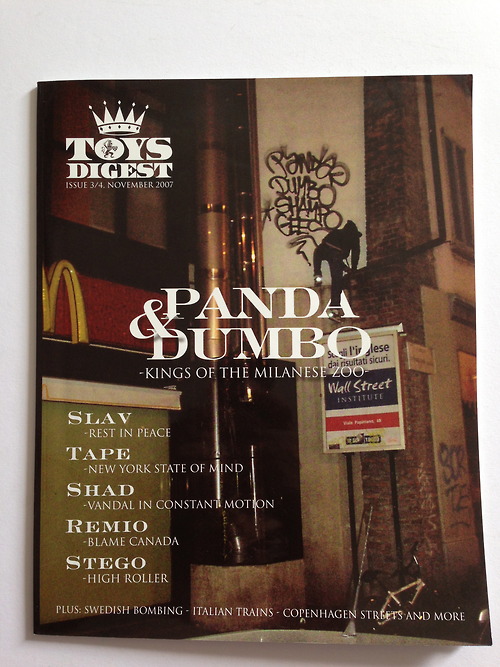 What do you think about the future of magazines with all the Internet stuff?

Internet is good, like for making a video for the next issue which is coming out. But paper is paper. I think the most important thing is to have a good quality paper, with less pics than in the past where you could find like 50 pics on a page. Large pics is the future. You can see it’s going this way, and it’s been years the since the quality has gotten better, with better pics, no night shots with flash, people want to see the panel but also where it was done to get the atmosphere of the mission.

It is good, also because people can make their own buzz… but I think it’s like vynil and mp3. The smell of the paper, the size, the design, the evolution of the magazine. It is really important to understand where it comes from. It’s always a real story.
On internet you can see too many pics in a short time while in a magazine, you just have to focus on what people want to show you, and I like this idea. It’s a moment of history.

A magazine gives you what it considers to be the best, or just show you the local scene. Sometimes you just open one and say: “oh yeah I remember this panel!” Other times you just like to see what they do in certain city, like in the ‘Beatrice’ magazine, and the mags makes you think about your next travel…

FIRE AT WILL: FUEGO

FIRE AT WILL: MITES