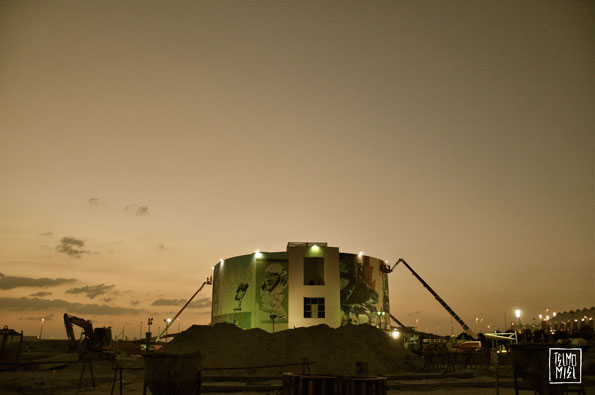 Some months back we published a piece on a ambitious project which recruited some of the best graffiti artists in the world to paint a luxurious discotheque in Beirut, Libanon.

Now it seems as if this enormous nightlife establishment has a match in Yas Island (Abu Dhabi, Arab Emirates, just next to the Yas Viceroy hotel and the famous formula 1 circuit Yas Marina. The building is identical and the painting project stays in the same line as last time, and also, by the same artists as before. 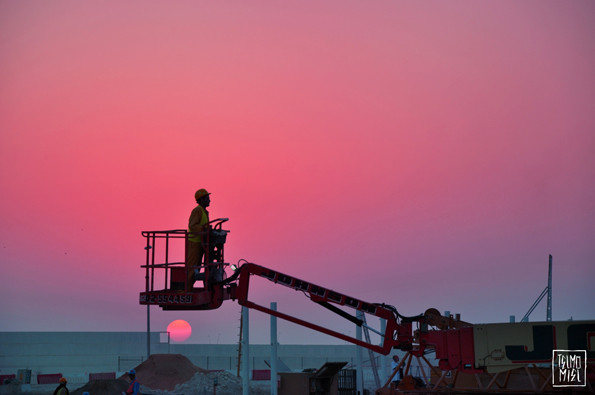 Karski, SatOne, Roids, Tasso, Case, Swk, Fins, Telmo, Miel, Koan, Treze, Zedz, Bonzai, Nash, Beyond, Mr Dheo and Nase among others, with 5300 cans of MTN 94 and 3000 m² to cover in 14 days: The biggest privately made graffiti piece in the world according to Guinness book of world records.

The colossal commission of a nature like this one is ruthless, and not only due to the amount of work needed to finish it, but also the fact of working in 40 degrees which forced them to keep the spraycans in cooling containers. To this we can add other types of discomforts related to lifestyle… the absence of alcohol and pornography. 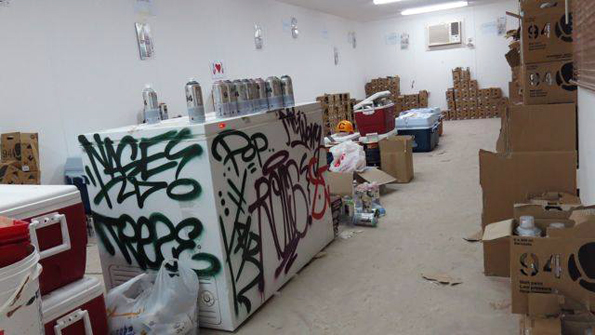 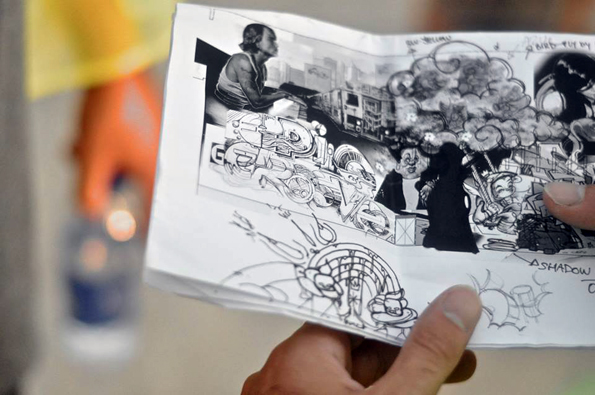 With all these inconveniences with army training character, the 18 artist has succeeded, once again, to complete this monumental piece of work which we today can see from a distance.
The club will opened on the 31st of October 2013 to the occasion of the Abu Dhabi Formula 1 Grand Prix. 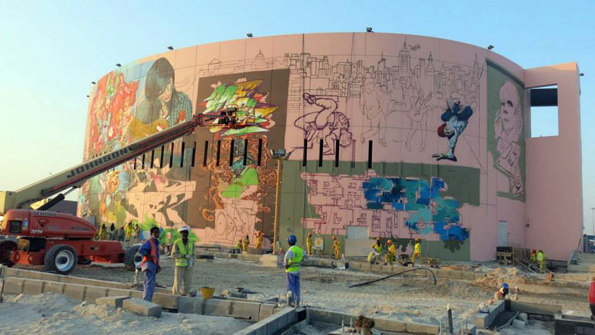 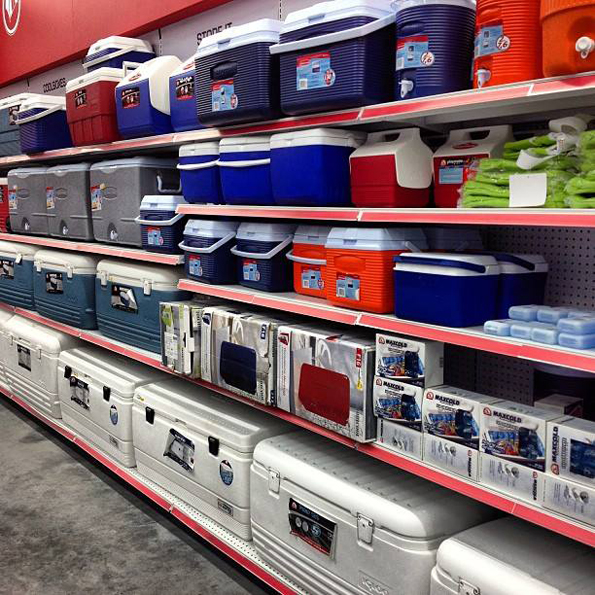 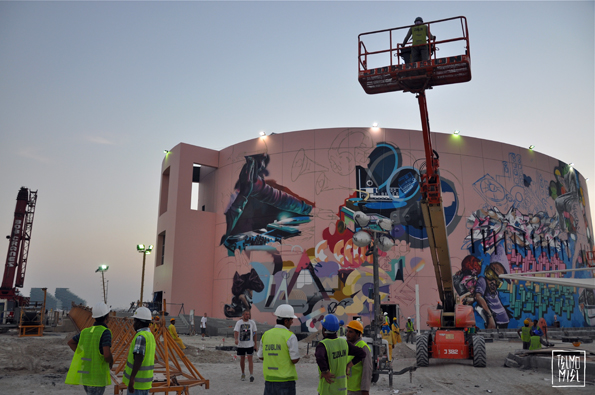 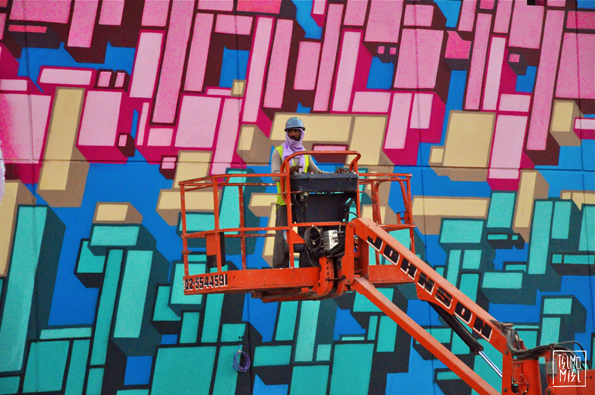 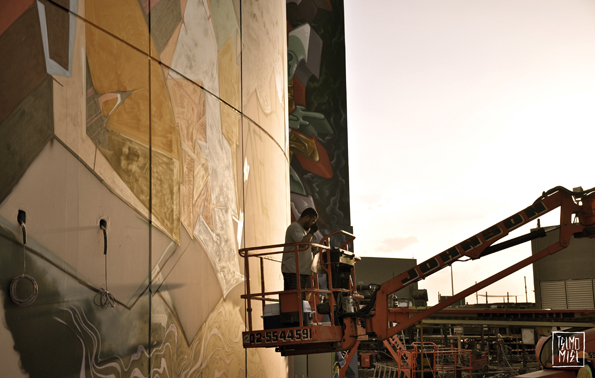 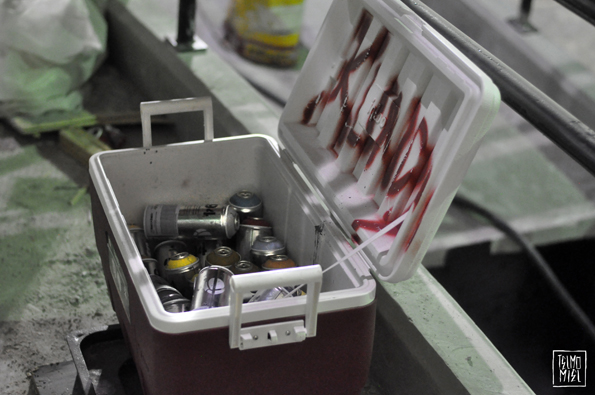 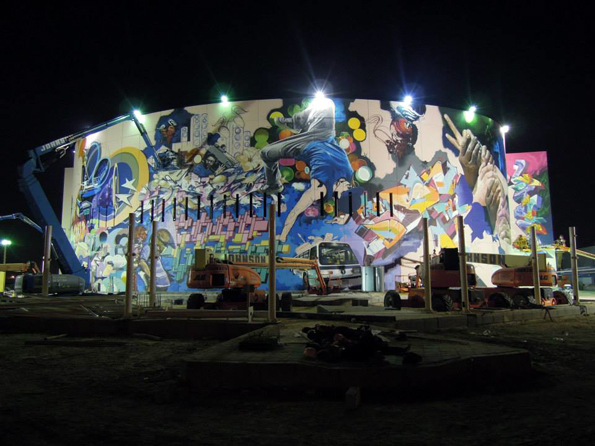 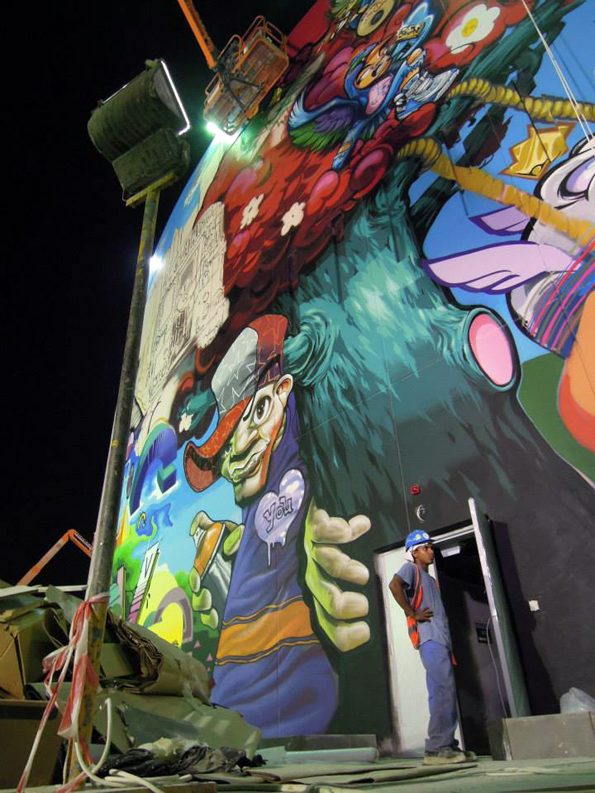 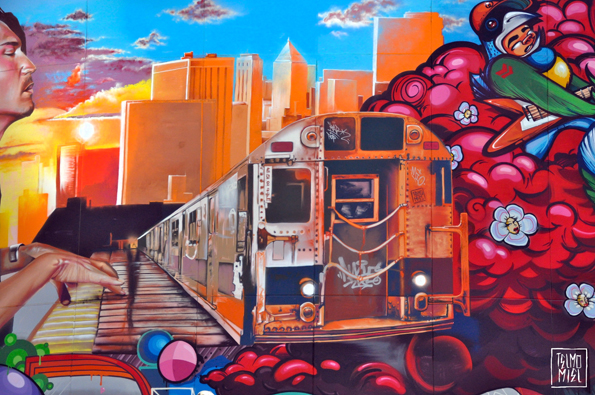 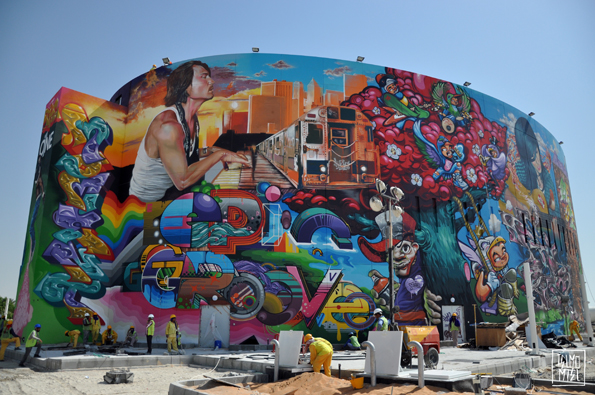 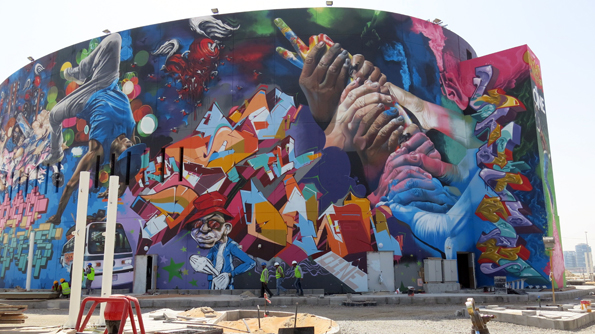 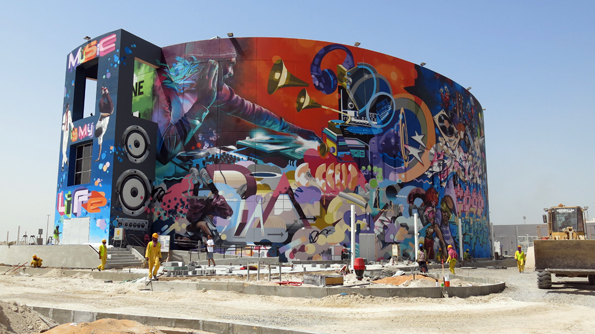