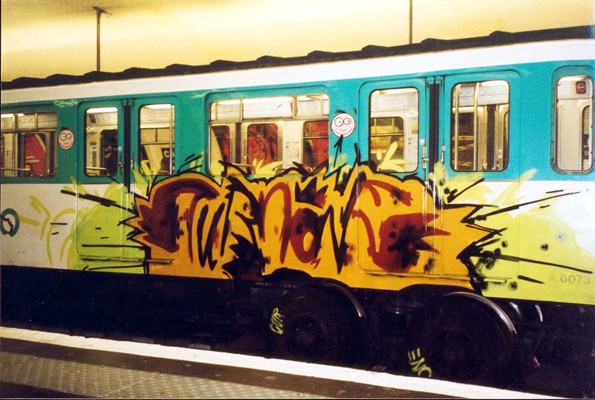 ‘This piece was made in 2001 with my buddies Dacya and Osta in the ‘Porte des Lilas’ station on the 11th line of the Parisian subway. The picture was taken at ‘Châtelet’ station. Notice that this type of train runs on tires…
At that time, France was the only european country to have metro lines with this feature, as well as Mexico City, Santiago de Chile and the Montreal subways.
I could not finish this piece due to subway security, but I still like it because it’s the last one I painted in the Paris subway before I left the country for more than 10 years because of legal problems.‘ 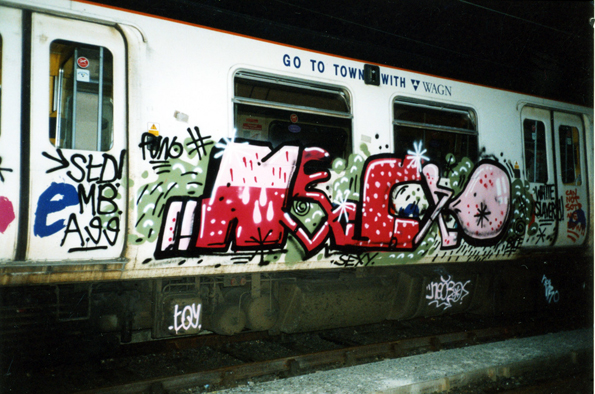 ‘I was making an Interrail in UK in 2004 together with Apollo, after painting in Liverpool, Newcastle, Manchester and Edinburgh. This panel was made in London. It’s one the first pieces I made when I really started to love my new style.
Due to past events in France, I decided to change my name and completely change my style of letters to stay incognito. I remember that back then people didn’t really understand this new hand-style, but now, almost 10 years after it has become very common.‘ 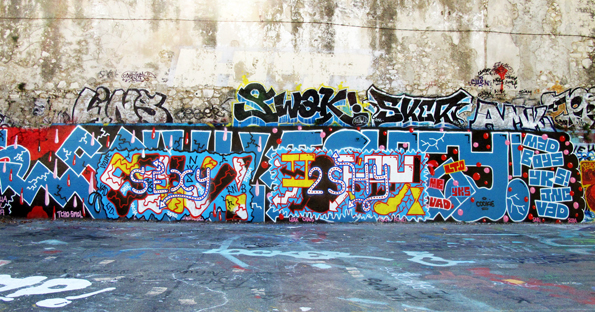 ‘This is a wall I made in Marseille in September 2013 with Sexy, my partner in crime for almost 20 years.
The first day we did the 4 meter high blue letters with roller paint, and the day after we came back to do the color pieces on top of it.
In France we know that graffiti don’t stay up for long in a hall of fame, so we decided to repaint it ourselves!‘ 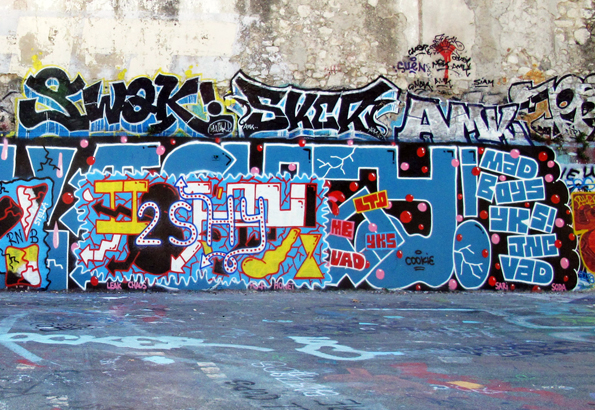