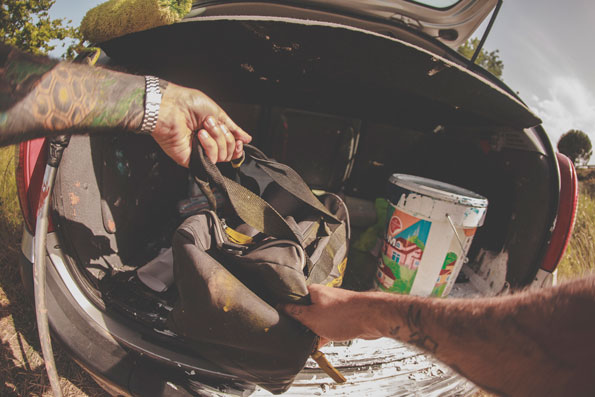 To promote our new coming version of our blog, MTN-World joined up with a true expert on the field of photography: Brazo de Hierro. Deeply bound to the world of graffiti, this photographer from Girona explains a bit about what his work consists of. 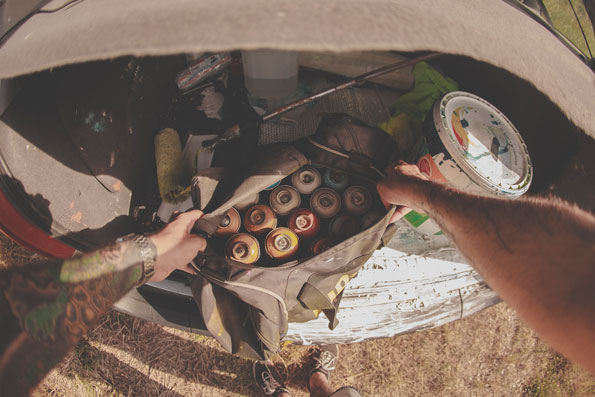 How did this collaboration come to mind?

The idea was sprung half way through this summer when I spent a day in barcelona and went to eat in Montana Cafe and ran into Antonio. He offered me a job for a series of photos for some Montana ads. The idea was simple, a writer who leaves the city to wind down a bit and paint something in the outskirts of town.

What was your first thought when you where presented to the idea of this series?

My first thought was that I had to give it a personal and different touch than the original idea, lets say that seeing someone painting a rural spot, an abandoned factory or train tracks, has already been seen before i believe. So why not do it from the writers point of view? 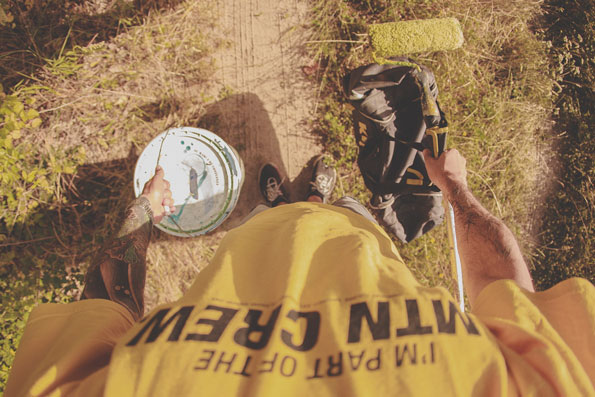 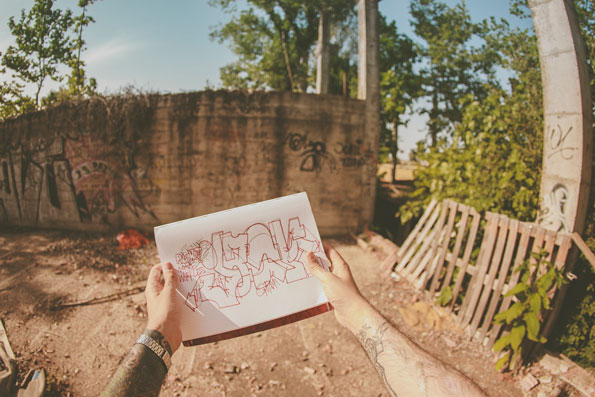 Which was the process and how did you go along with it?

Well, it was quite complicated. To take the pictures we had to work from the person paintings point of view, but then of course, he had to have the hands free to paint with. I tried many ways on how to attach the camera at the height of the face to create this effect, and then use the timer to shoot. It didn’t work out, so I asked for help from my friend who held the camera during the whole process to be able to get the pics.

In what ways has the habits between writers changed when it comes to painting?

I guess that depends on what area you live in and the people you work with, but generally I guess it stays the same, get together with your friends, your crew, and go painting a wall, bombing, trains etc.. 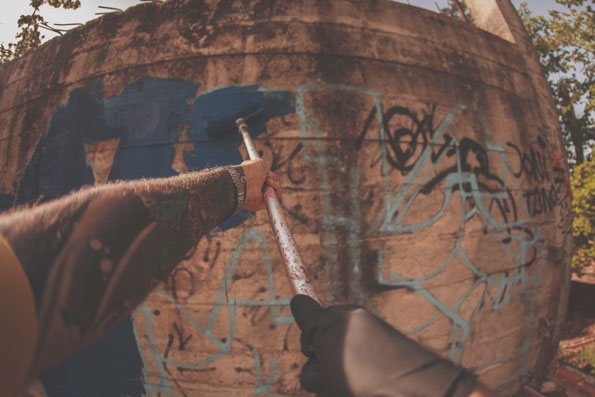 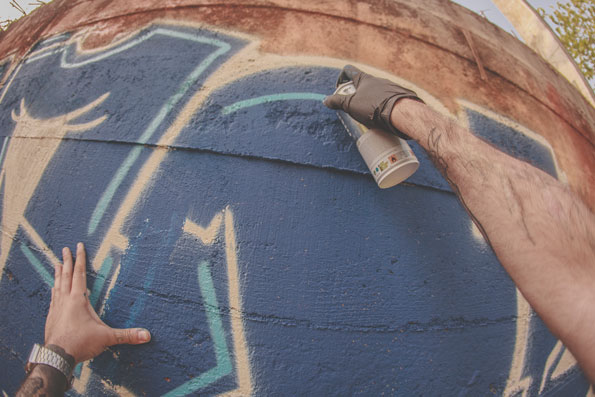 As a photographer, after so many years capturing moments related to graffiti, what interests you to portrait mostly today?

These days I focus a lot on publishing and portraying photography. It is something I always had parallel with my works on graffiti. Even if at this moment I don’t have as much contact with the graffiti world as I used to. I keep working on both a national and a international level same as before, but I do a lot more personal projects like these, I don’t dedicate as much time to it as I used to.

Lets say that graffiti helped me to begin working with photography in many ways, this meaning that photography became my profession and graffiti kept being my hobby. A hobby which will follow me around for the rest of my life. 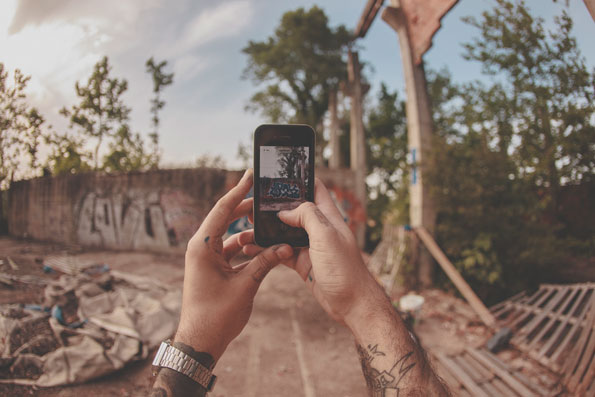 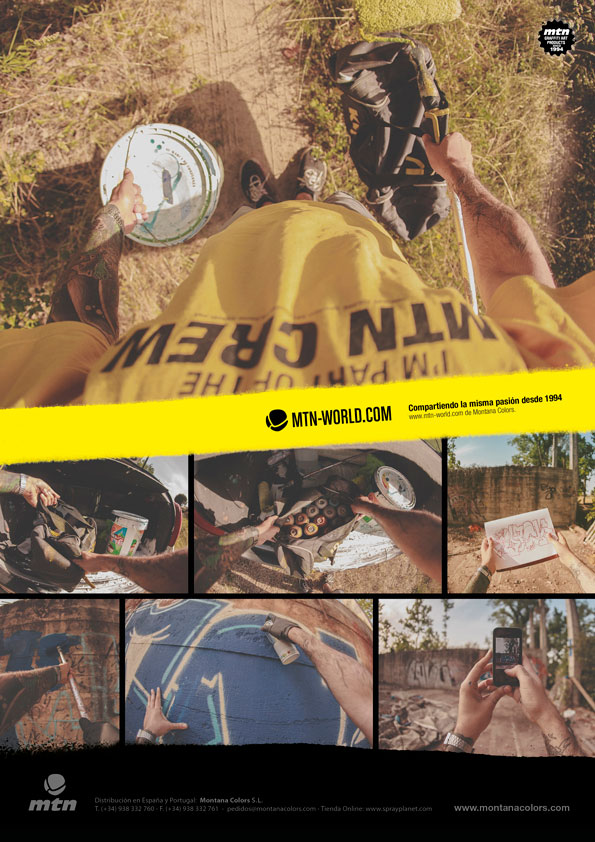