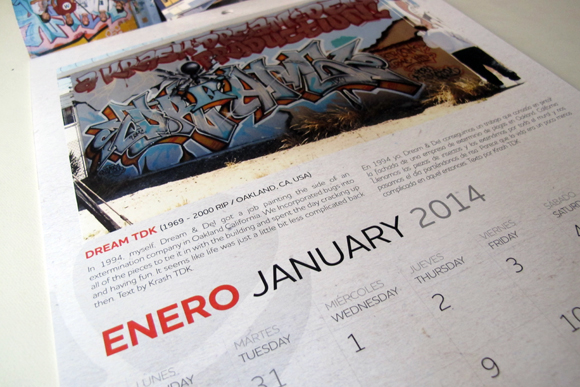 Our 2013 edition of the Montana Colors calendar put the level of quality to new heights. Thanks to the photo contest held to publish the calendar, it offered amazing images of very high standard sent in by the contestants. The results where even and very entertaining. Still, for 2014 we had to bring one thing to mind: Reference to the celebrating of our 20th anniversary as a company.

To the occasion of such a round number we thought it would be a good moment to make a tribute to so many years of effort by taking a look back in time and see some of the origins of our brand, and the origins of so many of us.

Mins MOAS, Dilk, Pure TFP, Pro167, Klor, Rosy, Fino… These are some of the names of the graffiti writers which has collaborated in this nostalgic production. Memories which make us remember how important it is to know were we came from, just to know were we are heading. 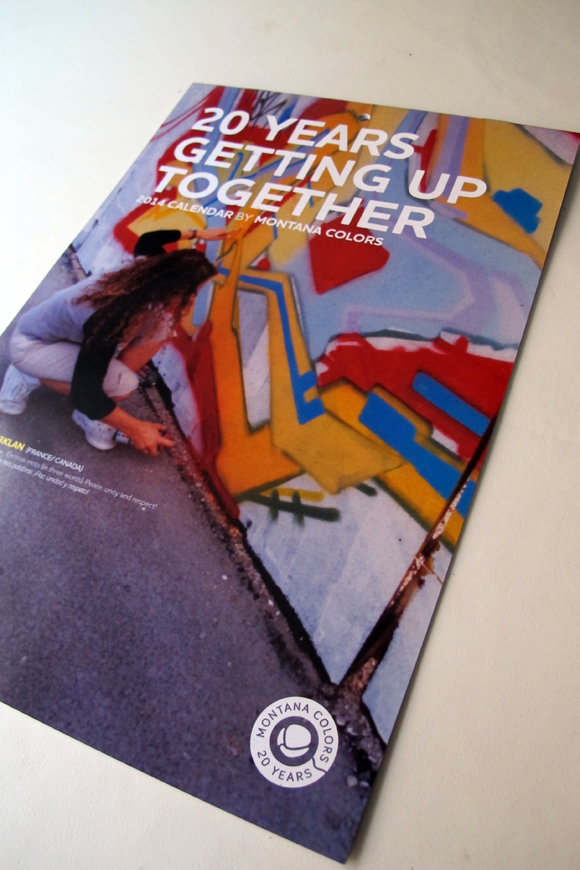 The idea of the calendar this year came from a phrase used in a 2004 campaign that said, “Where were you in 1994?” claiming publicly something we cannot be denied or removed from our own right: our origins in time. And this is certainly a differentiator that each of us has, whether individually or as a company. 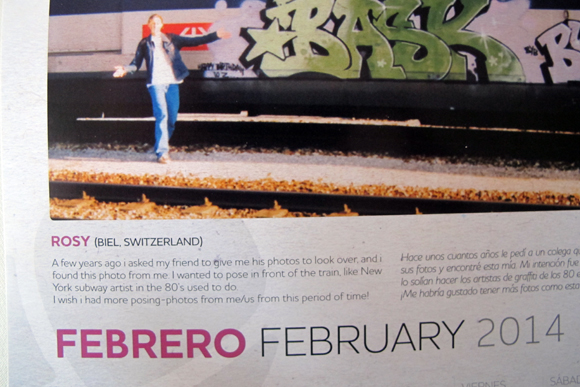 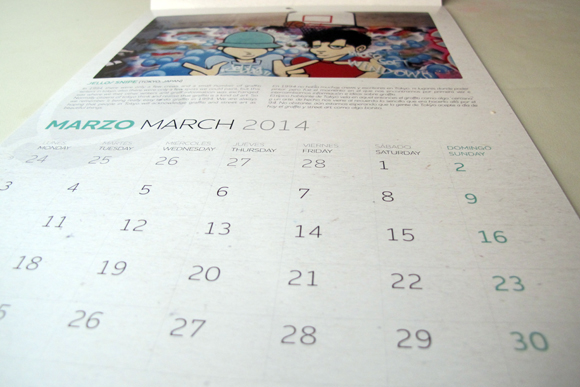 The elaboration of this calendar you have in your hands has been a laborious process. The contributors who participated in it are all known locally, some more well-travelled and more internationally recognized than others but still sharing common stories like any other – they have captured one of those moments they experienced 20 years  ago and we have shared their stories with  images and a brief description. To do this they have had to rummage through the old archives of photographs on paper, you all know at that time we were in full on transition from analogue to digital technology, and incidentally remember with nostalgia some of those moments that were so special. 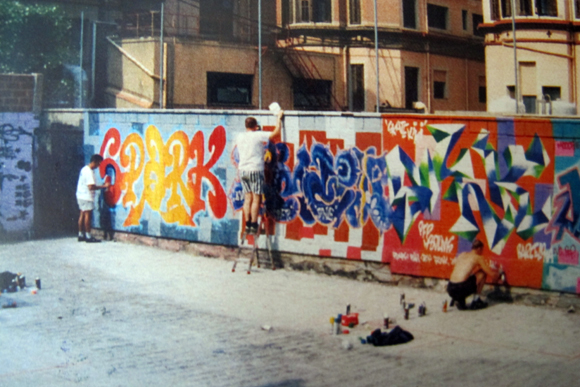 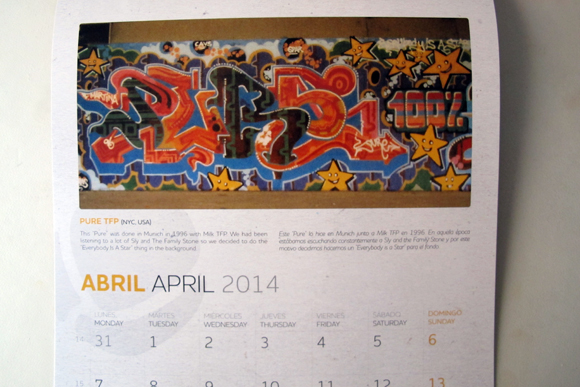 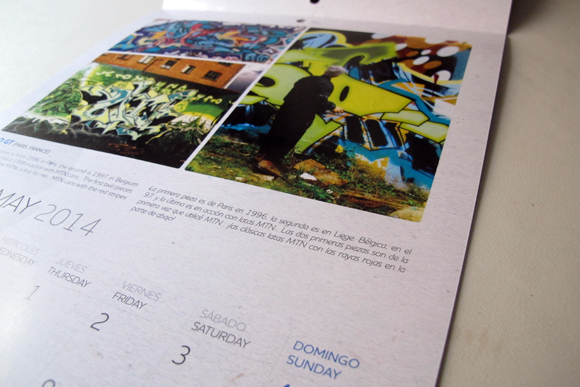 Many of these pieces or panels were executed in countries that are not the writer´s home. This highlights again the traveler character of the graffiti writer . For example Dilk, on his first trip to Barcelona in 95, or Pure, crossing oceans to end up in Munich in  96-97 and leave his mark . Other images portray that first instant  they came into contact with our original Hardcore in the year of its release, as is the case of Klor, ProGT or Zosen at the train yards in a cold winter morning in Manresa, a town on the outskirts of Barcelona. 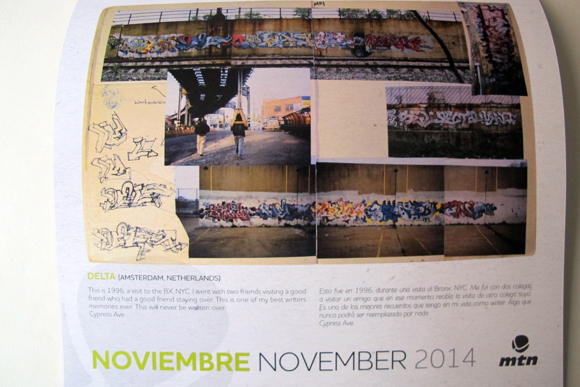 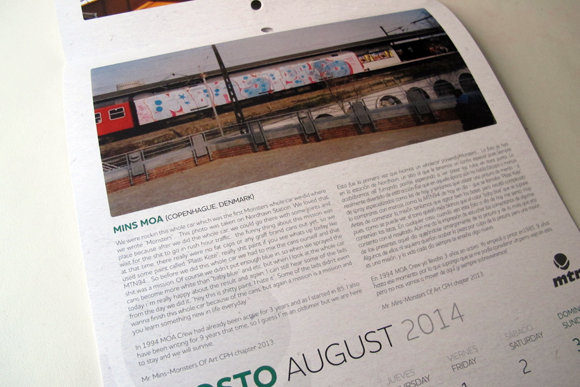 And it ‘s been 20 years in the history of Montana Colors . It´s nothing compared to the existence of the universe, or the land which we live on , even to the four decades since the first signs of graffiti appeared on city walls, but they have marked our lives, for it has been a period in which we  have tried to help through our business many writers develop their creations. Our contribution over the last 20 years has been creating  tools for creativity, which have indirectly led to the creation of thousands, millions of parallel stories of experiences with our products. 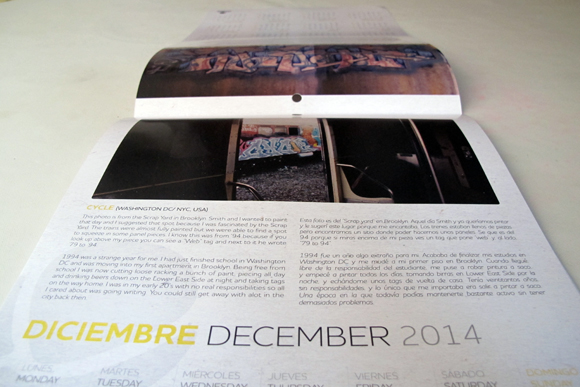 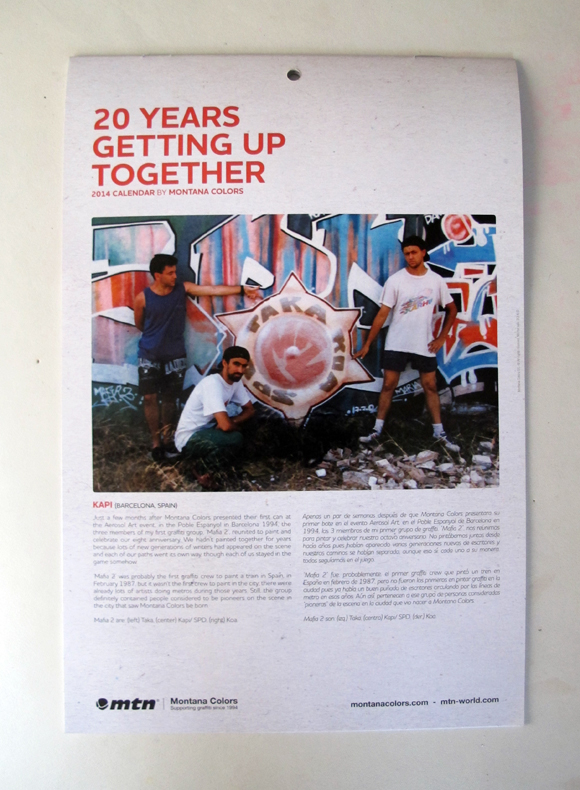 For all that we are proud and grateful to have completed these 20 years with you, alongside graffiti , never forgetting that “graffiti will exist without us, but we would not exist without graffiti.”

2014 comes with major launches and innovative ideas. We hope we will all enjoy it together and for years to come. Sharing ideas, projects and dreams.

123KLAN PAINTING IN CANCUN, AS THEY KNOW

MORE GUESTS FOR 'THE PIECE OF THE DAY'

123KLAN: ANOTHER DAY; ANOTHER PIECE