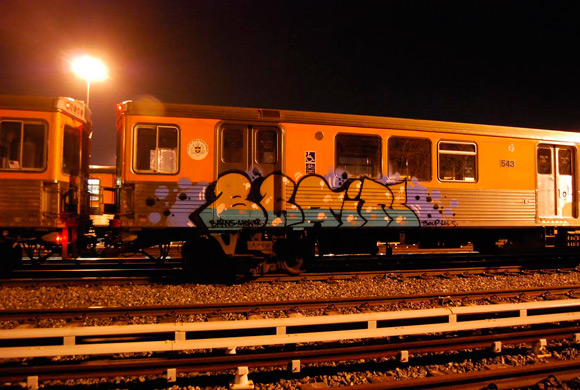 The great Brain from Athens also shows us his Three Aces. 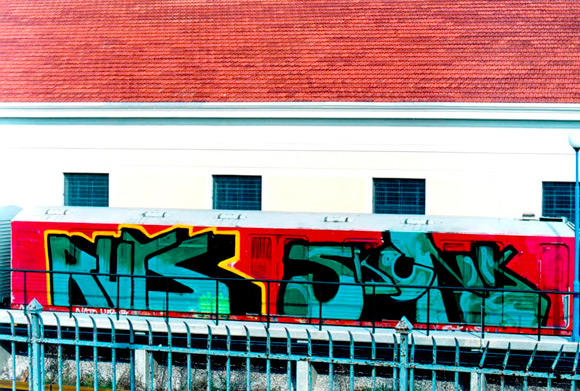 ‘I made this one in 2003 with one of my best friend Roots in a small yard in my neighborhood…We painted fast, but I had set other priorities during the action. The security came after 9-12 minutes of painting and I did not manage to add yellow second outlines as me and my friend planned in the beginning.

Later on, I started to claim that my friend had been stingy because he didn’t give me his yellow spray, which resulted in that my piece was left without second outlines.. However, this particular piece was published in a friend’s book, and he asked me if this piece was finished. I told him the same story.

I’ve been telling the same story for 8-9 years without my friend (the ‘stingy’ one) knowing about it, although all our common friends believed that he did not gave me his yellow spray even if it wasn’t so. When he finally found out, we had a big laugh and I apologized! Roots is the king!!!’ 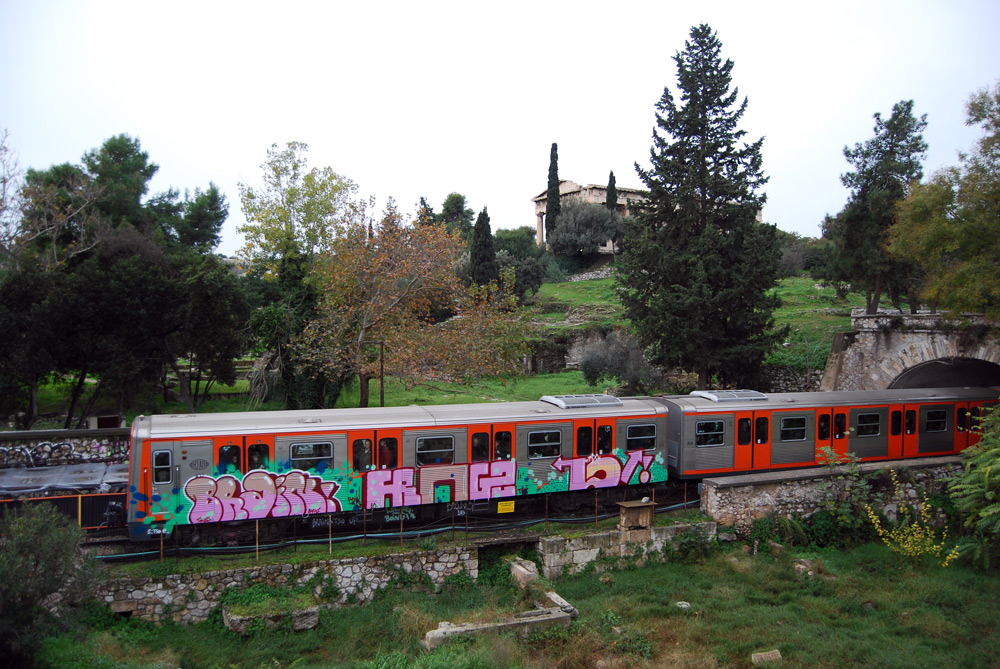 ‘In 2010 there was maintenance in the subway’s train lines and stations, which resulted in the cutting of the train line in two. Out of 25 stations, the Green Line was cut at the 9th. The buffing took place from the 9th station and beyond. As a result, all of our panels were buffed immediately. In contrast, the others who painted after the 9th station (15 stations) had their panels running for a long period of time, even for a year and a half.

For us it was a matter of life and death and we were anxious for a good photo, because of the small number of trains operating in our part of the lines, which were buffed quicker. So, we were very happy when we managed to have this great photo.

This specific action has a great importance for us, because we are three best friends, partners in good and bad things. Although you call others to tell about good news, these guys are there to pick up the phone when there are bad news. We had not painted together for a long time… So there were many mixed feelings… It was one of the best actions I ‘ve ever done… mission complete 100%.‘ 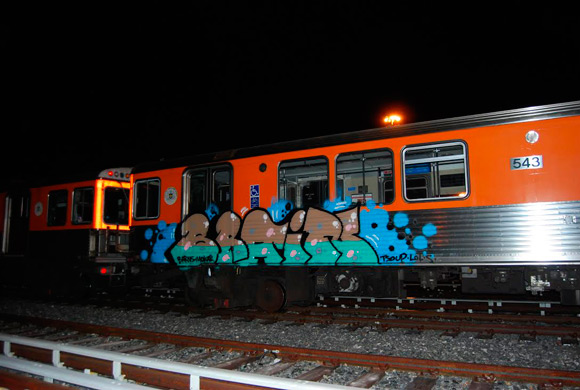 ‘Like everyone else, when I first started painting trains my only dream was to travel to New York and paint there. After so many years I finally managed to travel there in 2013 with my best friend. I did it… I did graffiti I made new friends, I empowered older friendships and I had the best time. But the most touching thing was not the action in New York, but the one in New Philadelphia.

As a child, I also had the dream of visiting the Rocky Balboa statute. Our trip in N.P. was 3-4 hours. We arrived, at the famous philly cheese steak sandwich, went to the statute, take photo, painted the metro and returned back to N.Y.

In general, I had a great time. It was a dream come true and I owe all these to my unique brother from another mother. Special thanks to super motha fucka g ‘s’!!‘