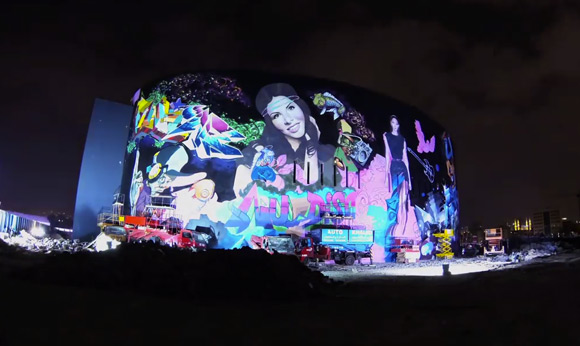 Some of you might remember the ambitious project made for the discotheque 01NE in Beirut: The giant decoration of the whole building made by the hands of Karski, Roids, Zedz, Treze, Koan, Satone (and many more) which later continued for the same venue set up in Abu Dhabi. Lets go back and see this colossal production through this video which was released in the beginning of this year.