ART FROM CHAOS: LEON KA AKA KAFRE AT STUDIOSTORE 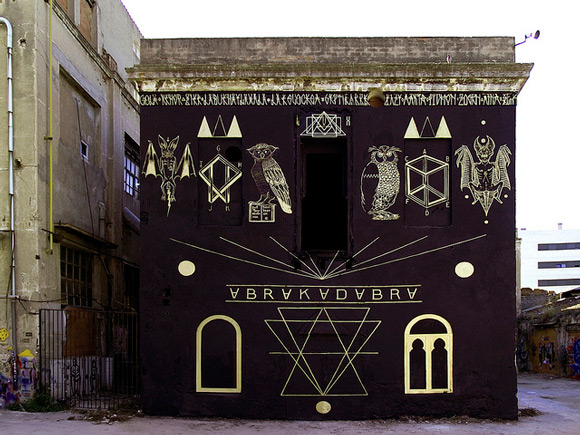 This weekend seems to begin full on. The Art From Chaos platform presents a exhibition by Leon Ka called “Sapere Aude”, more known as Kafre, which will be held in Barcelona Studiostore. The opening is this Friday 25th of April at 19h.

For those who doesn’t already know the works of Kafre can click here and read this piece made by AFC.

Kafre (León Ka 1980 , Barcelona) has a degree in Philosophy , pioneer of the dark side of street art began painting graffiti in 1991. A decade later, he was member of Ong Crew, began working with metaphysical subjects and to investigate in alchemy and masonic symbols.
His interest on identity and constitution of concepts from an ontological point of view have made his work a rara avis in today’s contemporary art scene. Whether murals filled with occult imagery, painted black / gold (and sometimes even scratched with a knife) or with his fine studio pieces where he develops multiple philosophical concepts such as “Sapere Aude”. 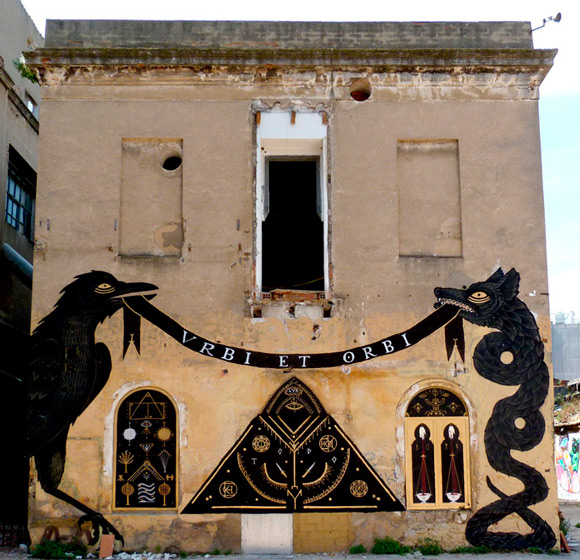 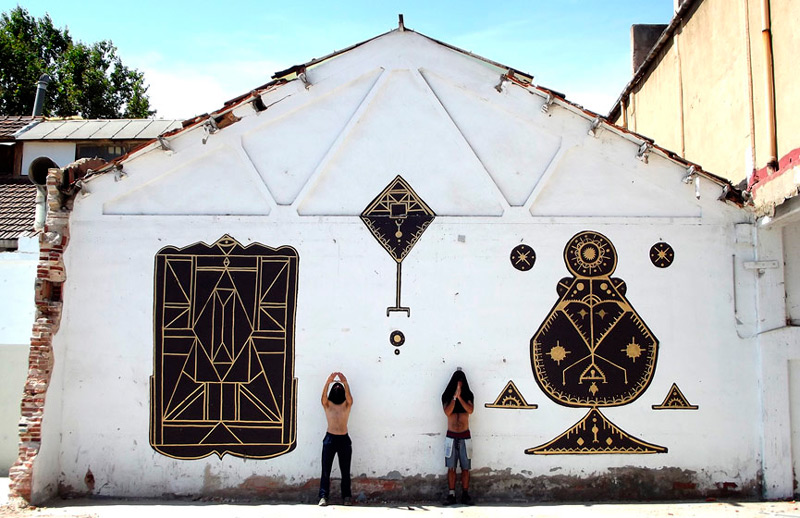 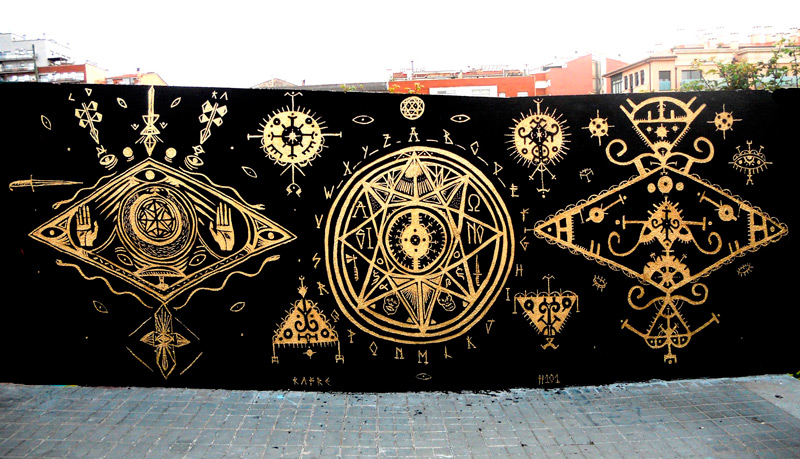 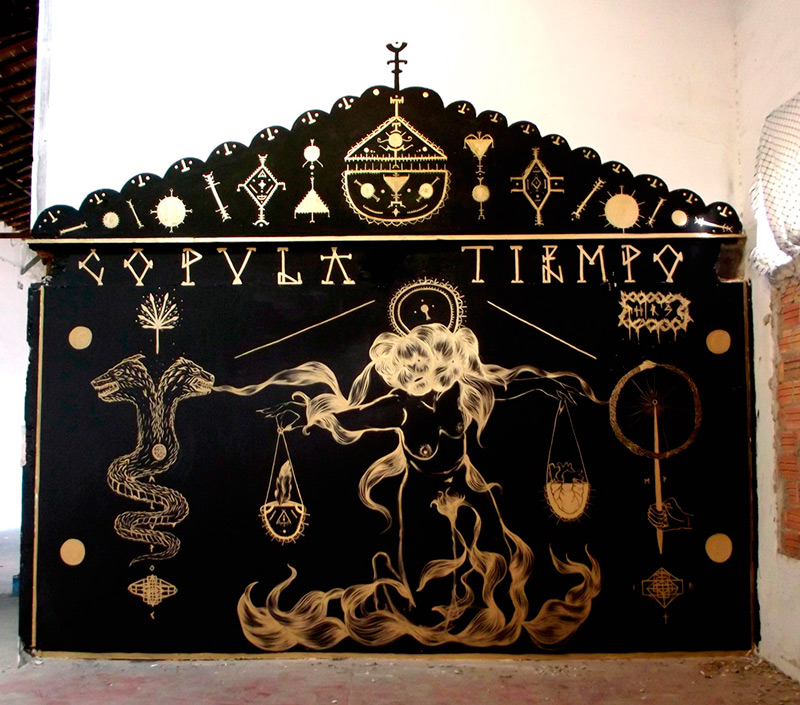 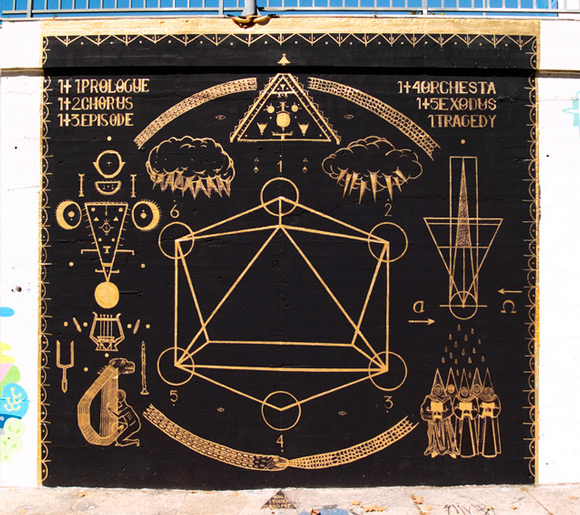 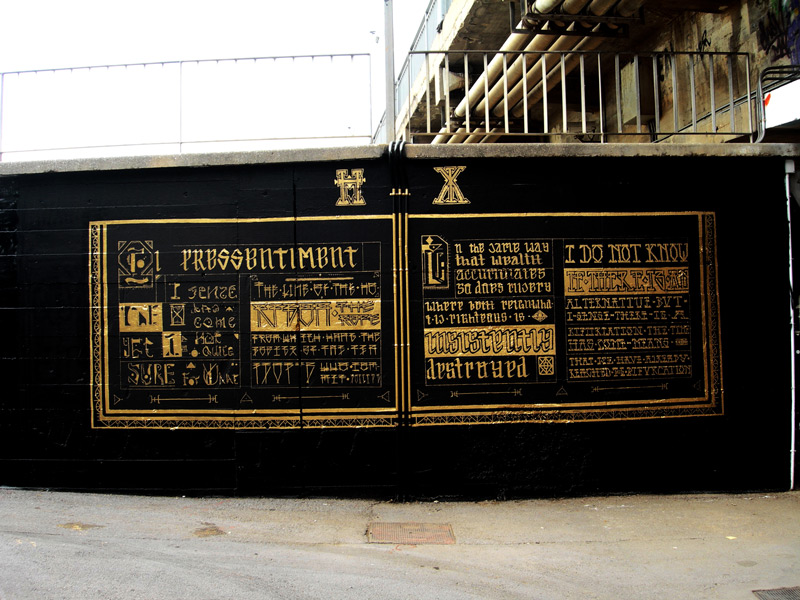