Art From Chaos presents a new exhibition cycle at Sala Gaspar with artists coming out of the “Street Art” field. Under the title “Persiana Gaspar” (“Shutter Gaspar”), we will show so far unreleased projects, which, due to their clandestine nature are often disregarded by the major audience.

Knowing that graffiti has it’s place in the street  and that moving it into an art space, can conduct to lose its purpose, the exhibition consists of an graffiti on the outer shutter of the gallery, which only becomes visible, when the gallery is closed.  In the inside of the gallery we will only display works, which, due to its formate or topic, allow to be exhibited in the context of an art gallery.

The first artist to be presented within this exhibition cycle is Kans, an anonymous graffiti writer. His pieces can be found everywhere, but especially in the “Eixample“, district of Barcelona. Exponent of the most genuine and egomaniac graffiti, the artist also adopts iconic aesthetics in his work. The letters “K” impart ingenuousness and sympathy, whereas his pyramids seem to remind  the titanic project he is immersed in: to conquer the city.

Since circa one year, Kans is working on his project “Ciudades del futuro” (“Cities of the future”), a series of artistic interventions in advertisement light boxes. We have recuperated some of these drawings in big formate, to be shown together with a photography of the shutter, which is released as a limited edition and signed by the artist. 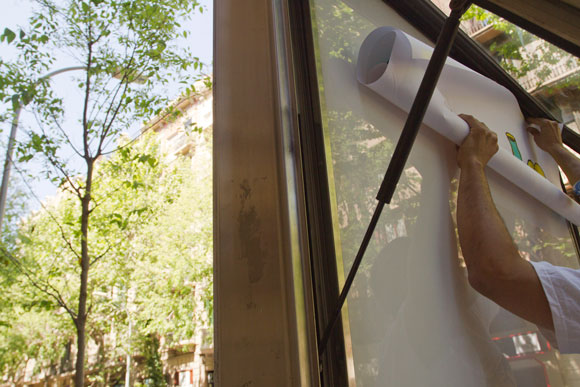 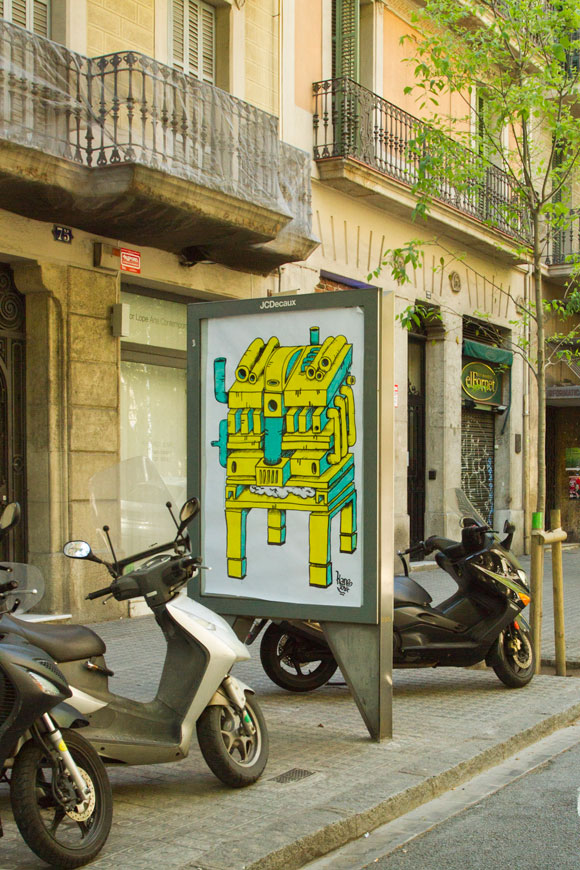