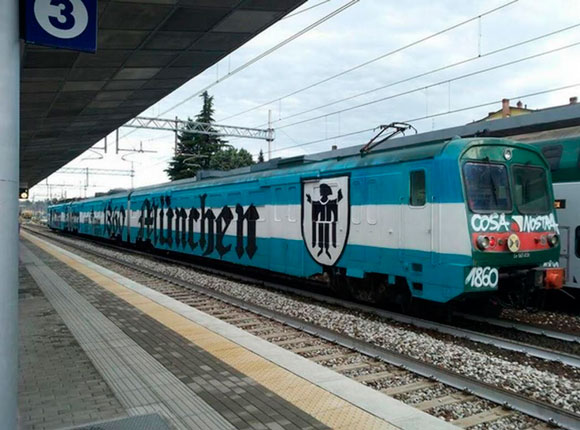 Allcity has published some quite intriguing news through the Milan based newspaper La Repubblica. At the end of last June, members of La Cosa Nostra 1860, a radical branch of german football fans from the TSV 1860 München team, sketched up a whole train on one of the trains which runs around the province of Milan. Three cars was decorated with the colors of the team along with the name of the “crew” in classic gothic typography.

This is not the first time we get to see football fans using graffiti as a tool for their manifestations as a team. Even if in the south of Europe it is not very common with a relation between graffiti and football, and is only related to certain individuals, this is still a quite frequent mix of interests in Holland, and a growing presence in countries like Austria, Germany and lately Russia. 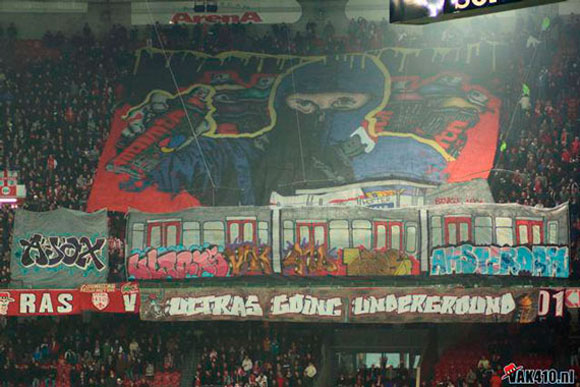 Graffiti and Football are from two different worlds, and apparently doesn’t have anything in common, and this is why it is difficult answer why it coincides as manifestly in the case of radical fanaticism in sports next to the other culture. However it is logical that both activities might attract people with a common interest  for having fun in urban surroundings, adrenaline, competitiveness, fraternity and team spirit. Even if some of these words might be too much when applied on the culture of hooligans. 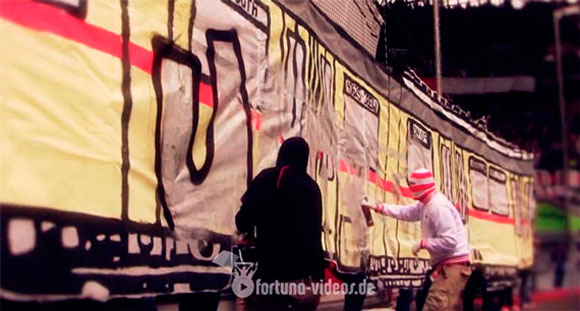