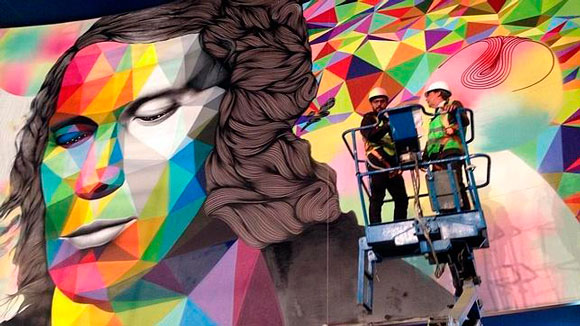 The Madrid Metro has mad good use of two urban artists to decorate one of its new stations. Dedicated to and named after the illustrious Spanish guitarist Paco de Lucía -who passed away this early 2014- the brand new station will open in the Spring of 2015, and will feature a mural by the entrusted hands of Rosh and Okuda that will be completed this weekend. 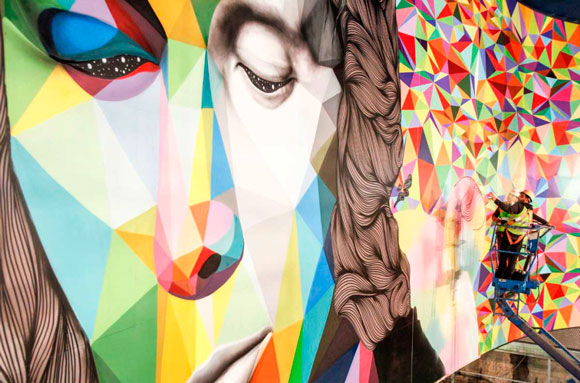 The work is titled “Between Two Universes” and plays on one of the guitarist’s most famous compositions, “Entre dos aguas” (Between two waters), while at the same time alluding to the birthplaces of the two authors (Okuda, from Santander and Rosh from Elche) which are both situated on opposite ends of the Iberian Peninsula with their midpoint being Madrid.

In addition to the media repercussion that this artistic project is gaining, a public teaser has been made which we hope will be a preview to an audiovisual follow up of the whole process.