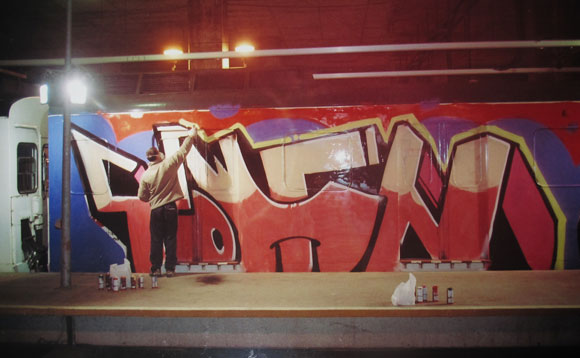 As it happened to us back in the day with the Swede, Smet, inviting Yowin to do the Three Aces category has given us the opportunity to revisit his best productions, leaving us with some worthy pieces in the pipeline for contemplation.

In train graffiti, writers can be separated into two stereotypes. On one hand we have those that concentrate on quantity. They value the act of painting and the piece becomes secondary. It could be for this very reason that they are pushed into a more obsessive activity, since they get pleasure only by the act of painting and not because of the visual satisfaction. On the other hand are the others who concentrate on quality and the aesthetic delight of a well done piece, and that gives them a lasting feeling of achievement. 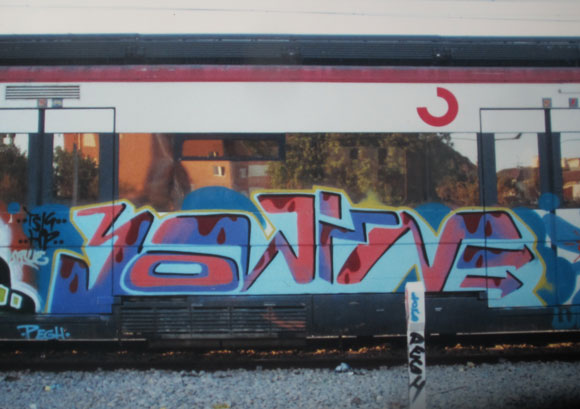 Yowin, despite living in a headspace which is dominated by feverish compulsion for quantity, fits onto both sides of the coin. Maybe that’s the reason he became part of the TSK ranks at just the young age of 17. Indeed, his early activity which dates back to 1994, is also incentive to add to the merits of this L’H writer.
However, the formation of Rosa Rosario alongside Chaca (later on Sioc, Rois, Kenor…) is what has defined Yowin’s attitude as a writer, and found him his place in the graffiti scene of Barcelona: Neighborhood, strength, style, cockiness, and an gipsy touch that characterizes L’Hospitalet.

Together with Chaca, Rosa Rosario has become something more than a graffiti crew, and not just because it’s also a rap group with two Mc’s and a Dj (Dj Rona). Rosa Rosario’s music is the soundtrack to many youth, and not just writers. Their charisma has managed to turn graffiti into a genuine religion in L’Hospitalet del Llobregat. Their lyrics speak of boxing, life in the neighbourhood, and above all, the daily life of graffiti writers. A topic that they know how to deal with, with sincerity and unsurpassable wit. It must be said that both Mc’s have a unique style when spitting rhymes, especially compared to the careless, national hip-hop scene. 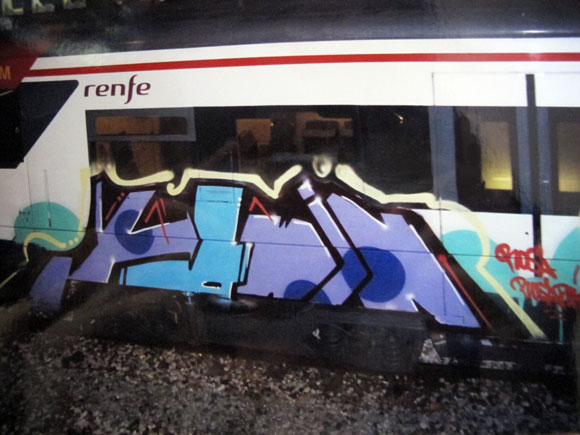 And since style is not just something you have in one particular area, Yowin’s graffiti doesn’t detract in the least in terms of it’s aesthetic care.
Originality and technique is what comes to mind when seeing his pieces. Quick, straight outlines that are more similar to those on walls than to those on trains, give unique forms to letters as difficult as Y and W. A simple style based on the basic premises of the best graffiti, originating in Barcelona, yet blatantly original. Spontaneous originality that comes from strong personality.

For these reasons and for many more, Yowin could be the most charismatic writer from L’Hospitalet del Llobregat. 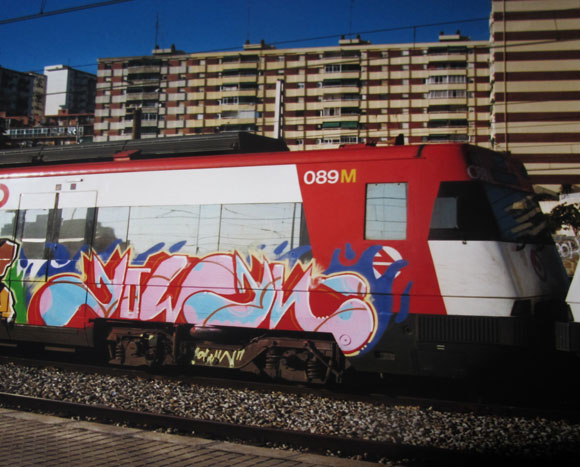 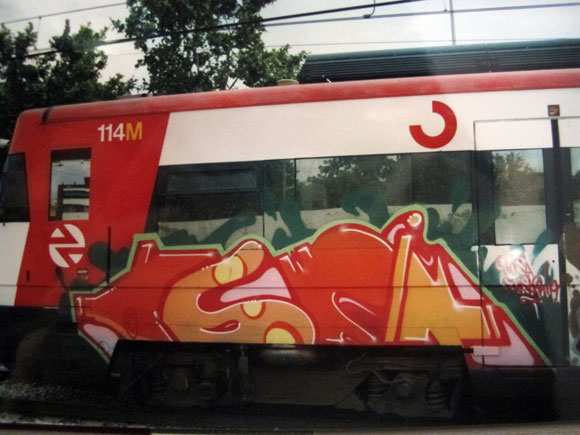 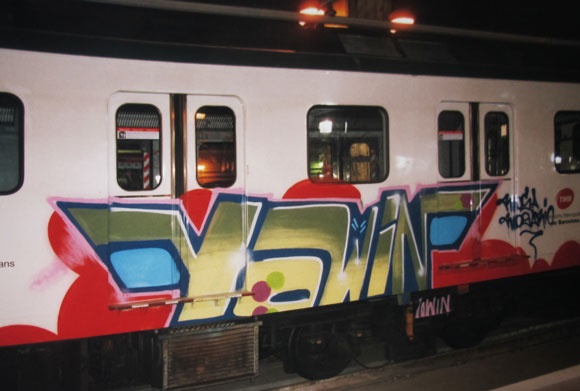