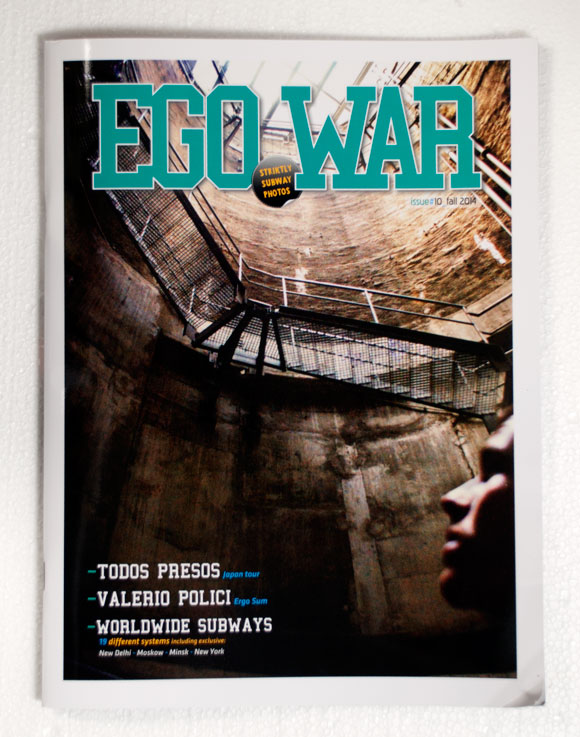 After Egowar‘s latest release they celebrate 10 published issues as a magazine, a magazine based in Italy with focus on strictly metros. The periodicity of their releases are worth admiration, and especially if you compare them to most other graffiti magazines out there. For this 10th issue Egowar brings us down on the tracks of 19 different metro systems from around the globe in a 68 pages strong publication. 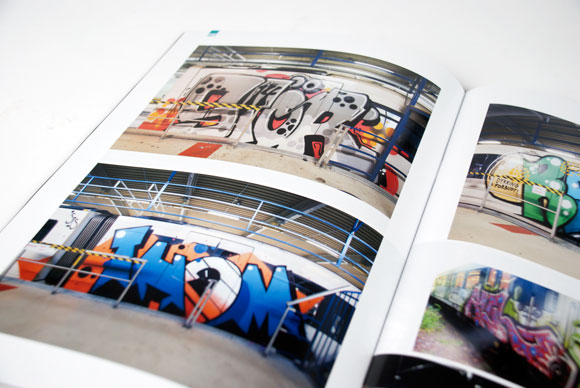 The white metros of Norway’s capital Oslo occupies the first five pages, and among the rapidly painted pieces we are used to see from this city, we also get a outstanding action from within a hangar showing us a top to bottom by Stor, Thom and RPS. 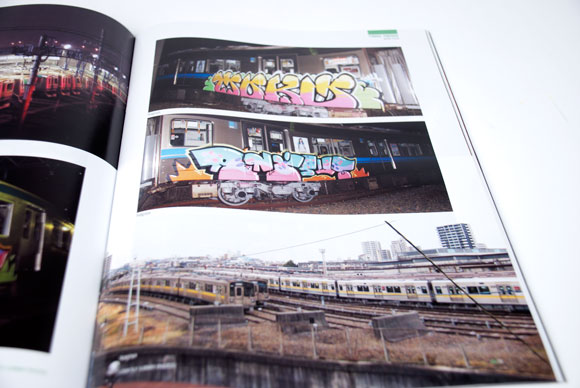 We continue with a surprising report from an adventure in Japan together with Moko, Tiros and Anys from the TDP crew. Kobe, Tokyo, Kyoto, Nagoya and Yokohama are the astonishing amount of places where they managed to got to work. 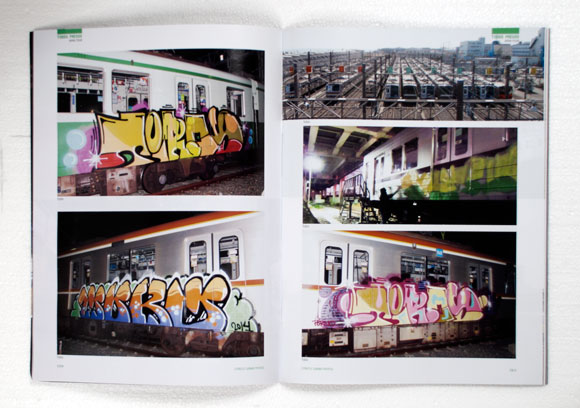 We get four exceptional pages from the New York metro visited by european writers. Paris and Stockholm are shyly represented together with the barcelona section where we find the works of Kiler and OTP’S. The last ones mentioned also stars the Budapest section, which who’s train model (the same model) is seen again but this time in Minsk and Moscow. 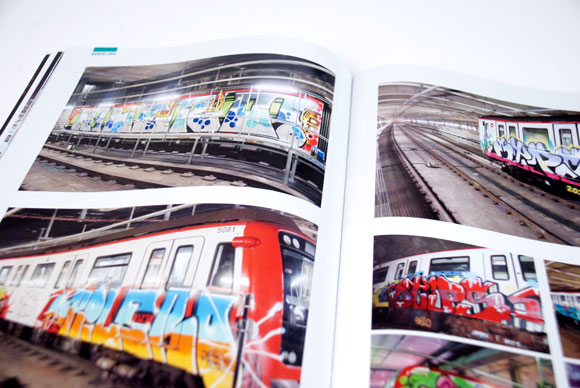 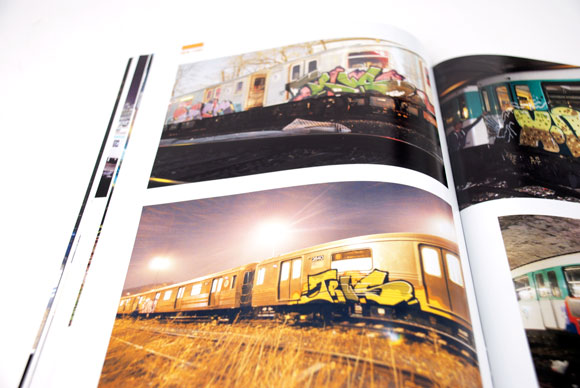 Luxus and his friends has a double page of a spectacular metro made in New Delhi, and it continues with the yellow Berlin models which are practically monopolized by Trus and Abis, as expected. 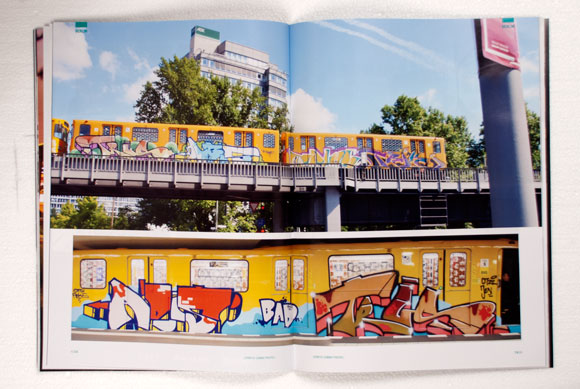 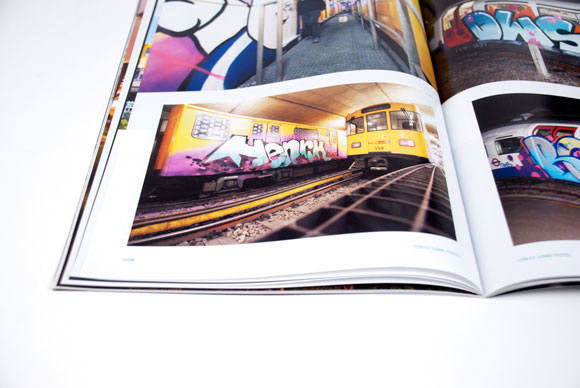 Below the name ERGOSUM we find an interesting piece which breaks away from the rest of the magazines content. Six pages of black and white photography presented by Valerio Polici. 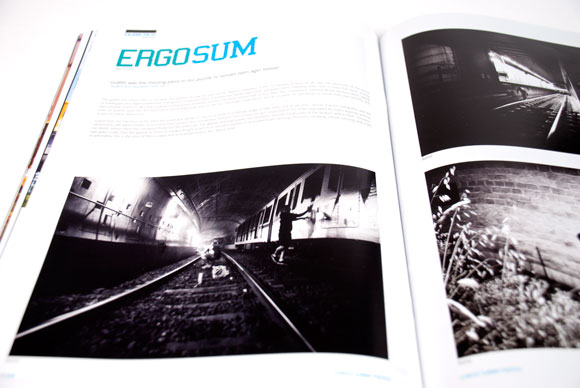 After some more plain and simple pages we get to Rome and its new white metro wagons. They didn’t stay white for long. The magazine wraps itself up with a wide selection of Vienna metros where the yellow pieces of Dart and the mutant Derick really stands out. 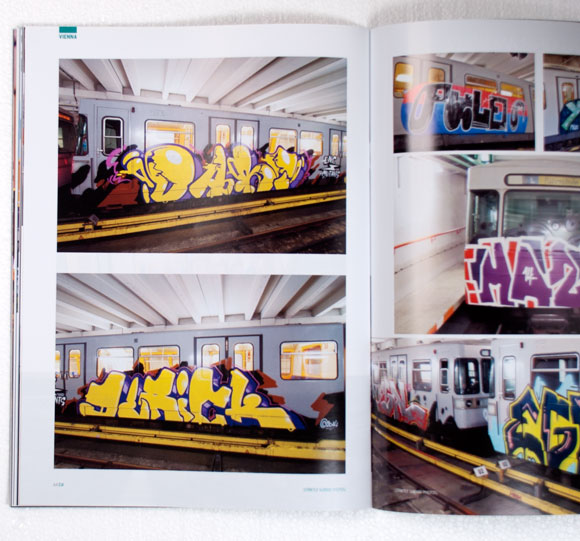 In conclusion, Egowar maintains their position as a excellent magazine of graffiti dedicated to metro missions in a very varied and entertaining issue with a good balance of interesting international metro systems, amazing pieces and quality photography in spite to the lack of written information.