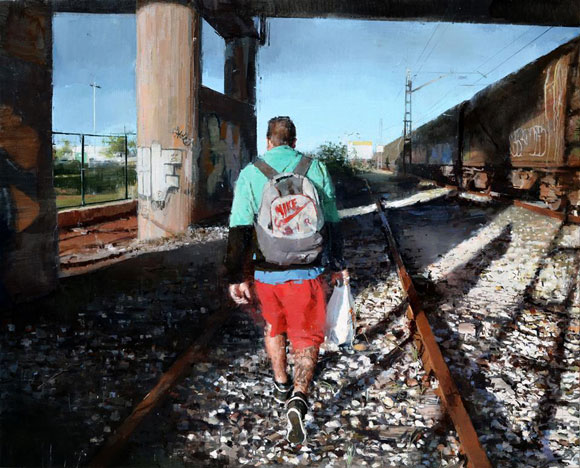 Motivated by an innate interest in everything related to graphic expression, Sebas Velasco (Burgos, 1988) starting writing graffiti in 2004. He consolidated his artistic development in 2011, with a degree in Fine Arts at the University of Pais Vasco. Complementary studies, grants, and exhibitions in Spain, Germany, and United States are merely footnotes alongside his work, which speaks for itself.

Sebas Velasco asserts a truly surprising, naturalist technique in order to bring us into everyday street settings.  Scenes that could be called, “underground mannerisms”; reproduced in his particular style yet without losing  photographic fidelity, they take us into a blurred and fleeting universe similar to that of our memories. It’s this peculiarity that causes us to empathize with each of his works, taking us into each situation as if we had lived them ourselves. 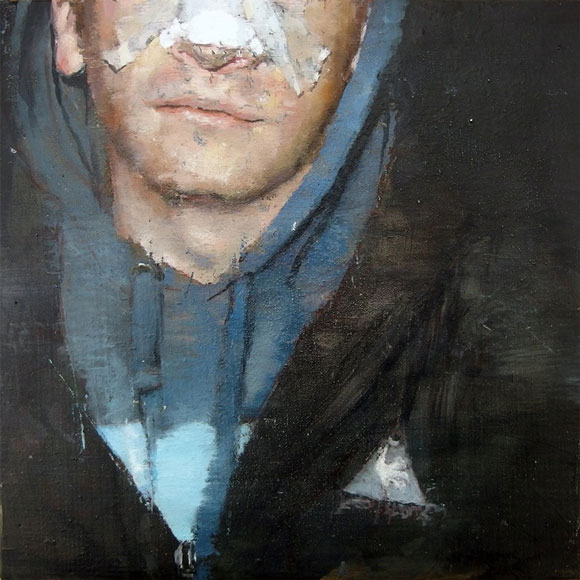 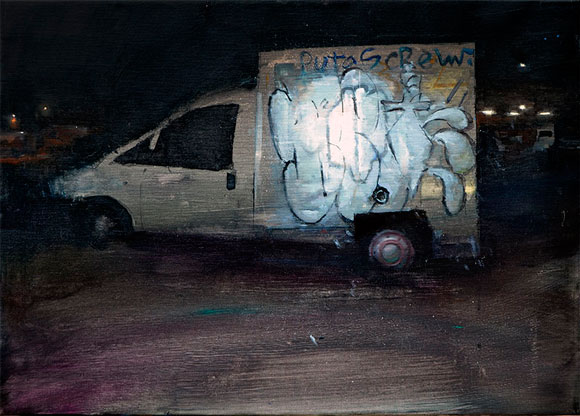 Clearly preferring the contrasts of light, Sebas Velasco manages to put the filth from the street onto the canvas by means of his exquisite artistry, while offering a cozy intimacy despite his use of ordinary images.

An intimacy that he will share with us by showing his work at Montana Cafè Restaurant; a true luxury which you can’t afford to miss. 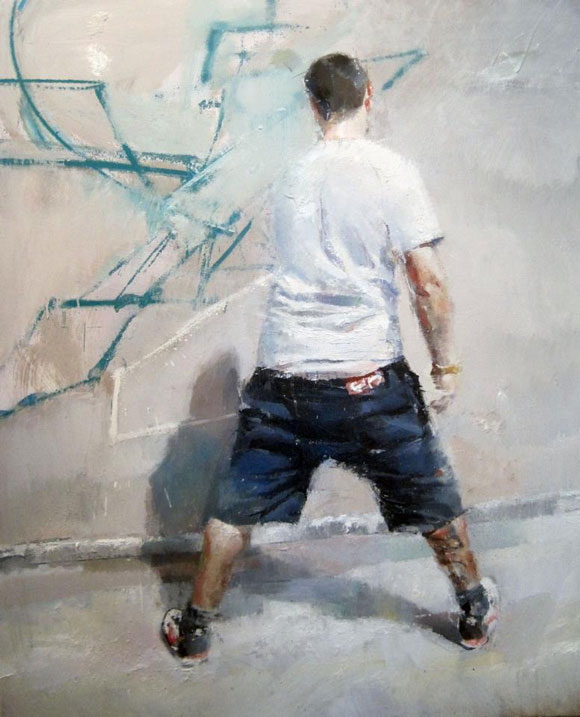 The title of the exhibition, “Nighthawks Barcelona” refers directly to a painting from 1942 by Edward Hopper. From this starting point we can get a rough idea about the theme which surrounds the exhibition. A portrait of nocturnal scenarios, often solitary and disturbing, in which night hawks prowl: graffiti writers, police, party goers, and club bouncers. But we can also sense more casual themes that are open for the viewer’s interpretation, without forgetting about the fundamental component of the intrinsic visual experience in his paintings. 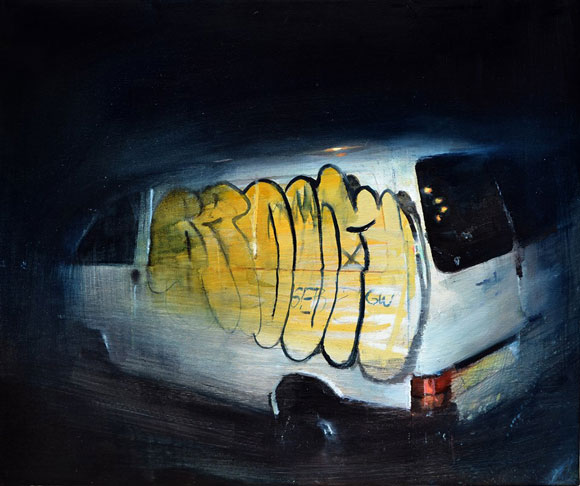 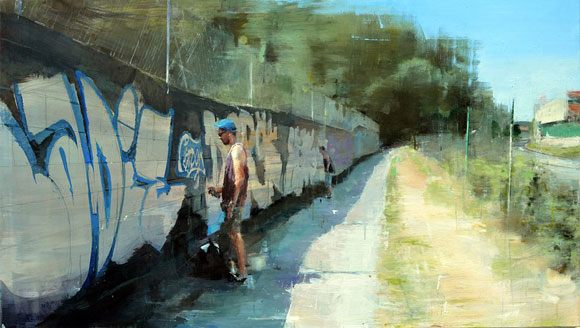 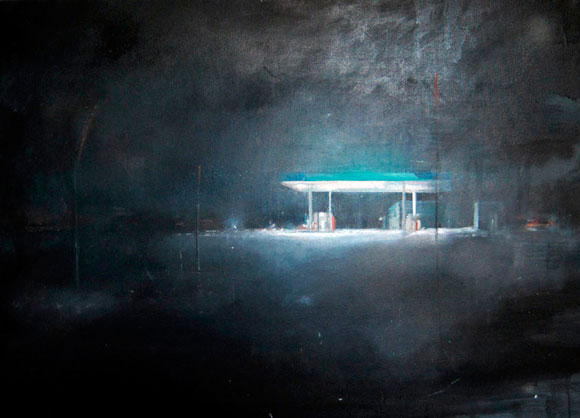