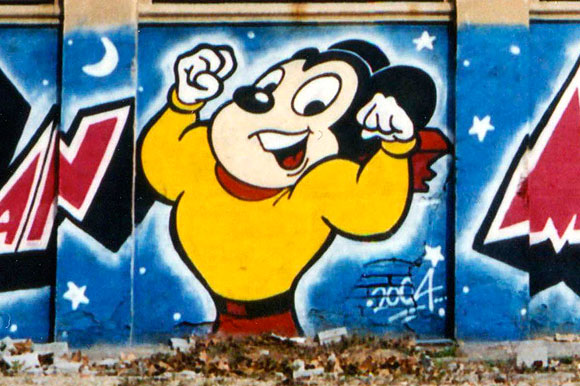 As we continue with our 3 Aces section we present BIZ, an important reference on Barcelona’s graffiti scene which has survived all the generations of graffiti writers without throwing in the towel a single time.

As he puts it himself: “If I had to choose my three best pieces ever they would be from within the time space of the last 2 to 3 years. This is because I feel like I get closer and closer to finding the style I want to have, and have been evolving throughout the years. I chose these three because I find them representative for the different stages of my time as a graffiti writer.”

It is a real pleasure for us to share this material on Mtn-World. 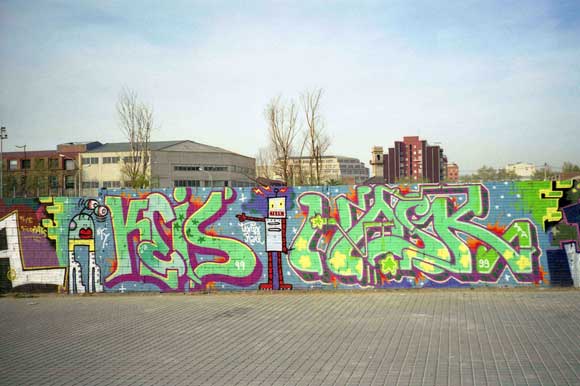 ‘This piece is one of my favorites of a series of walls I did with my partner in come Keis, its from the end of the 90’s in the area of Glories/ Poble Nou. In those days people didn’t plan their walls as much as now, and you painted with what you had. When we got the cans out we saw that we had similar colors, so we decided to paint it with the same scheme. We both made a pice and a character each. I think it turned out great.‘

‘The ‘Mighty Mouse’ wall is a really special one to me. A wink to a graffiti writer which always fascinated me, ‘Seen’.

I was really inspired by one of his pieces from ‘Spraycan Art’. A classic piece where he painted a comic version of Superman in the center between his four letters. Amazing!’ 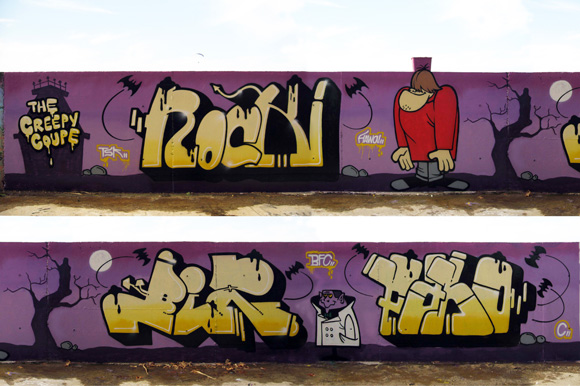 ‘The Creepy Coope’ was the first mural in a series based on the comics ‘Wacky Races’ I did together with Rocki and Paco. Many others was inspired by this one. 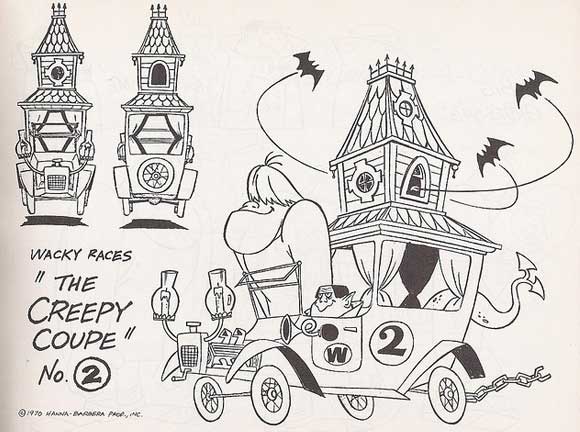 I like this in particular due to its contrast in the colors and its simpleness, it reflects the simplicity and genius of the creators behind Hanna Barbera in the 60’s.
The first idea we had was to paint the car with all the characters from the series inside it, but we changed is and put them between the letters to not make it as static. True fun!’