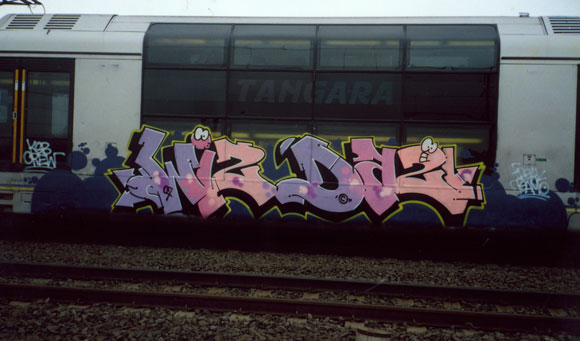 ‘I love this panel because it represents one of my favorite periods painting trains in my hometown Sydney, and one of my closest friends i have met through graffiti.

Myself and DAZ had recently become good friends and decided to join as painting partners. We painted a lot of panels in this period and WIZ DAZ door to doors where running most days.

This is one of my favorites, it was painted at Sutherland sidings (which no longer exists). Imported paint such as MTN was very expensive in this period and Australian writers used to mix the thick pigmented down sprays (road marking paint) into the very shit local cans you could steal from hardware stores, making your own custom colors that covered well. DAZ made the cans for this panel in this way.‘ 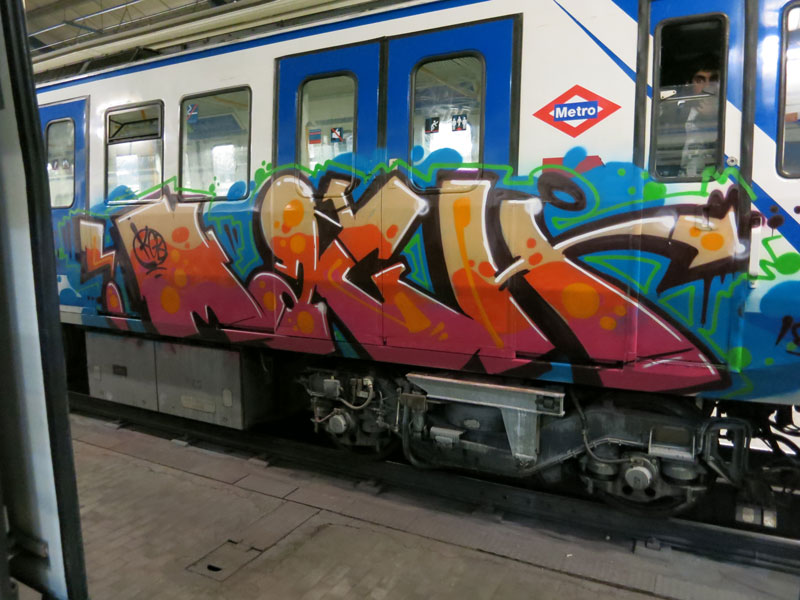 ‘This panel was painted during one of my most memorable holidays. 4 days of no sleep, just crazy actions, a lot of fighting with security and a lot of running. By the end of it I was ready to go home. I think we painted 8 or 9 subways in those 4 days. It was non stop!

This panel was painted with DEY, LOSE and SORCEK. As we where leaving the hanger we bumped into security but for some reason unknown to me, instead of the usual yelling stand off, something was said in spanish and everyone ran fast under the subways towards the other side of this hanger.

When we got to the other side I realized why we ran: Dey and Lose started painting another panel ,hahaha. As we where finishing the security had walked around to us painting new panels, they thought we had already ran away. They were not happy.‘ 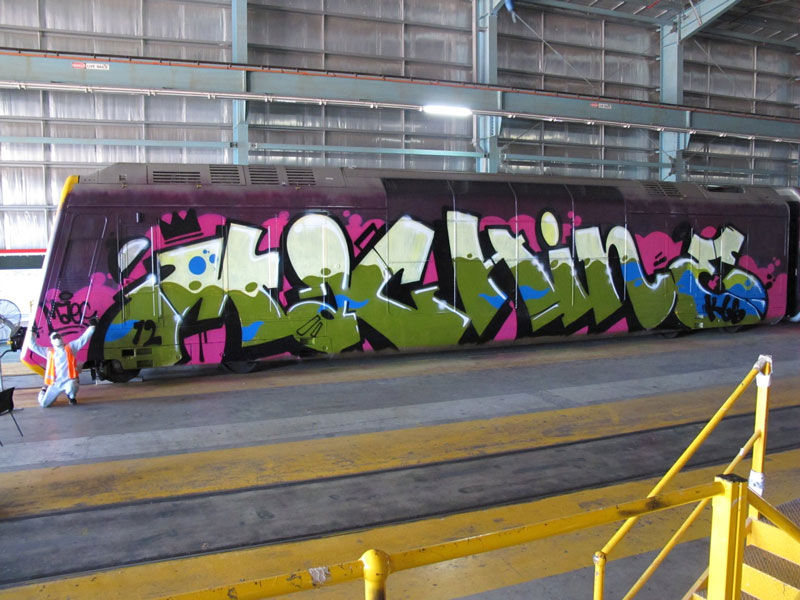 ‘This was painted with my mate VAS from Budapest.
I had attempted a solo whole car 3 times previous to this but something always went wrong. I really thought I had some whole car voodoo and would never get one finished in my own city.

This night was a huge relief when we finished and I think I was a bit high from the fumes. I was yelling “whole carrrrzzz!!!” out the car window at pedestrians all the way home.

I still have never seen a photo of VAS’ whole car. When we returned for daytime photos he told me I wasn’t allowed to take a photo because “people don’t need to know what my whole car looks like, they just need to know I did a whole”. From memory it was a wild style burner.‘