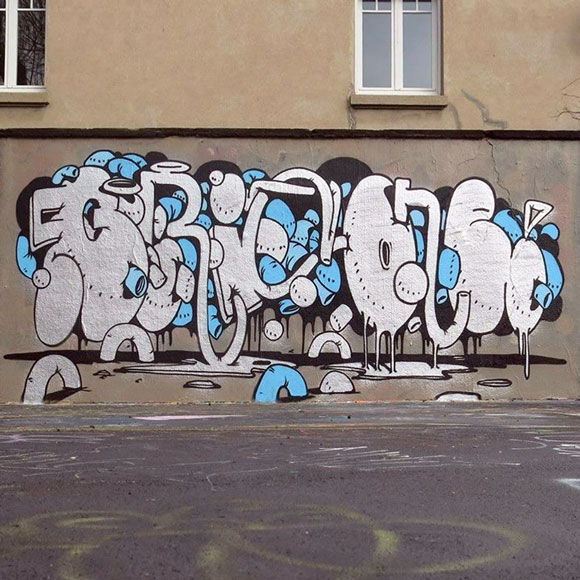 Gris1’s motivation to give a new twist to his pieces gives us occasional delights with amazing productions like the one shown below.

What began as a three day mural painting project, transformed into a freestyle project carried out throughout all of last week. Far from merely doing conventional pieces, Gris has executed five compositions which in turn have been divided into five parts, as if each one of the portions belonged  to another five different pieces. A true exercise in versatility in which he shows the essence of 25 different pieces. A unique and amazing work. 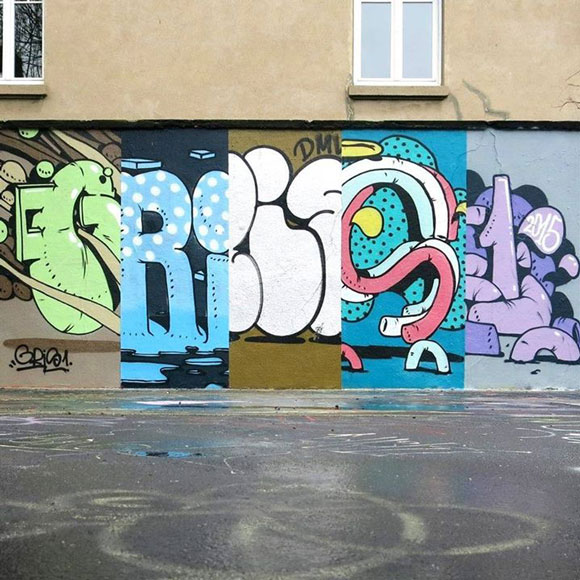 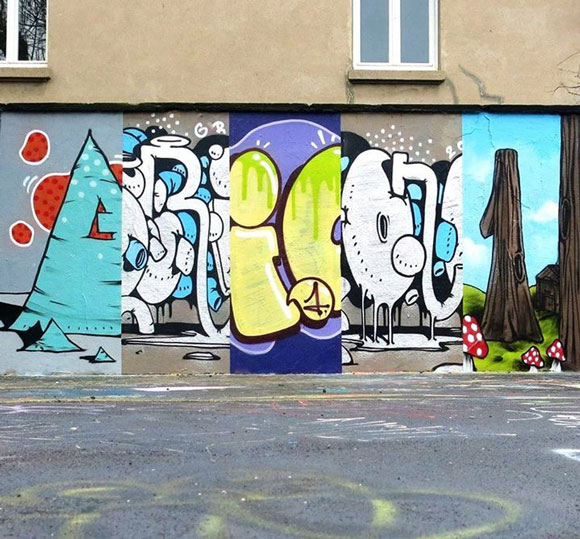 “A year and half ago I did the first mural like this one. I wanted to represent everything that I like in graffiti: pieces, throw-ups, block style, illustration, etc… a bit of everything.” 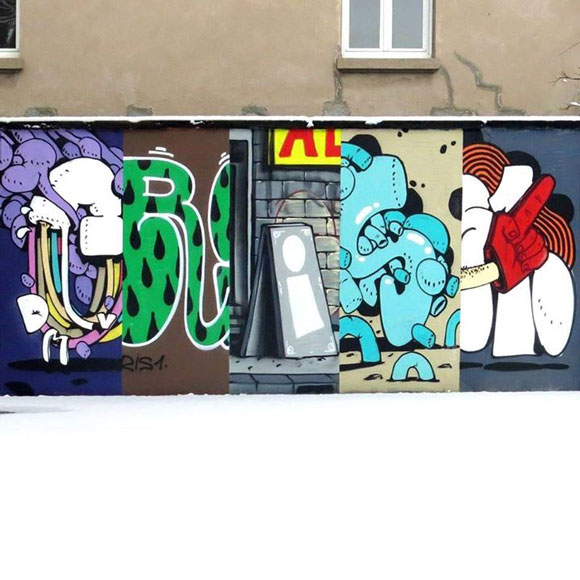 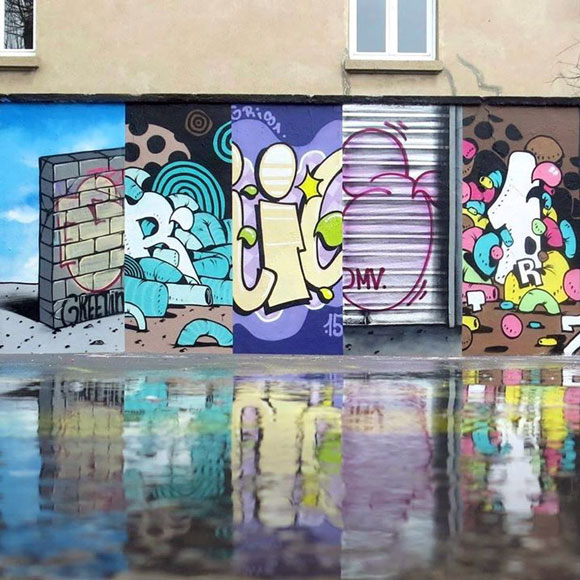 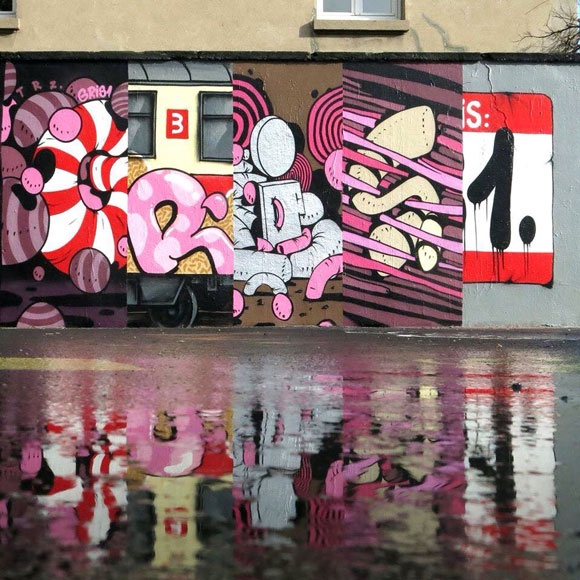