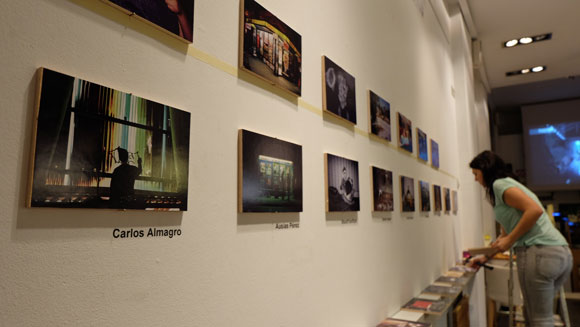 It’s quite possible that no other event in El Montana Cafè Restaurant has gathered together so many people in the mood to party as the opening for the ‘Scraps‘ exhibition did.

It could be because it was a Friday. Maybe it was the theme of the exhibition that interested a wide range in audience. Perhaps it was the appealing selection of participants. Or maybe it was Low-Mon€y, Dani $tation, and Pompeii Blind’s music that’s to blame.
It wasn’t  just one of these reasons but all of them together, washed down with Moritz beer and Jägermeister, that caused the opening to convert into a huge party, from which many of the guests were reluctant to leave after closing time. 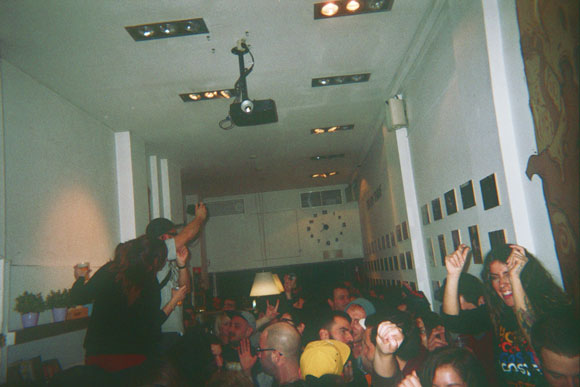 Given the secretive character of the images on display in the show, we’ve got in touch with some of the authors and asked them to tell us the stories behind some of the photographs. 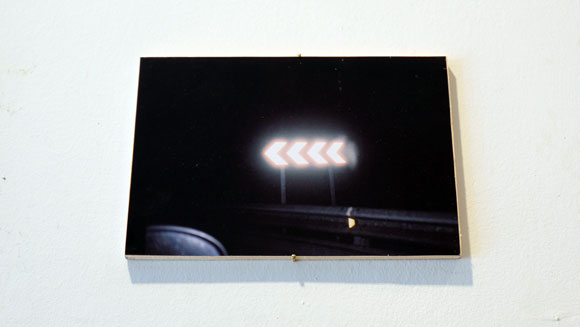 ‘We were coming home from up north and I stopped a couple times to paint. It was night time and my itinerary had changed considerably. I was driving on roads that I’d never been on before and taking curves that I didn’t know at all, and at the same time I began to question myself the same things as always…what am I doing here? What was I getting lost this late? Why does this happen to me so often? Why?
Well, because of painting, and it seemed like every reflective sign was a reminder…‘ 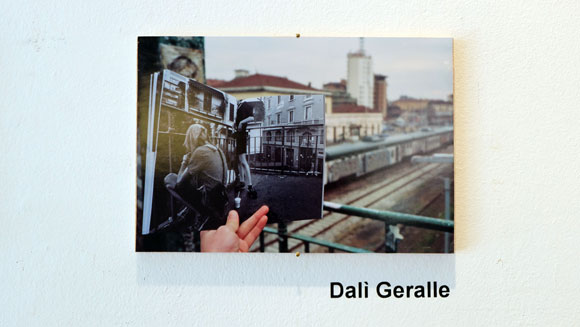 ‘That photo is a page of my fanzine, that will be out next week.
The whole picture represents the same place of the page, from another point of view. That’s a famous place to check the panels in Milan.
The title of the zine is Night Carousel and talks about the development of graffiti artists with their environment.‘ 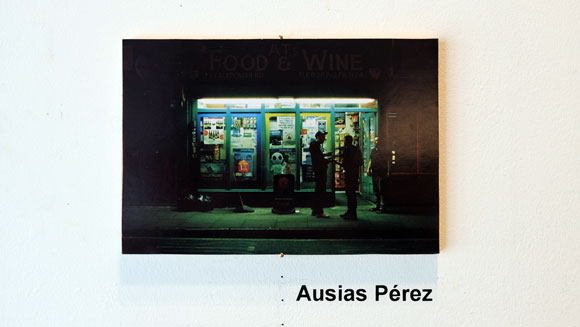 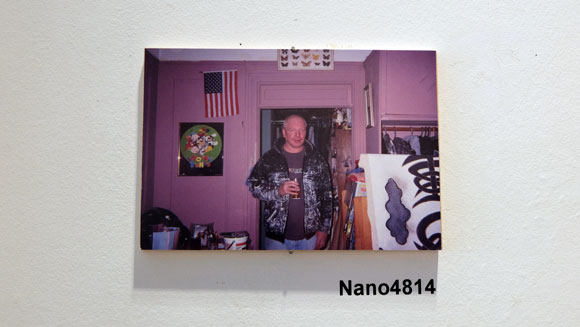 ‘Basically, I was in NYC for an exhibition with San and Okuda, and a good troop of friends came out for the pandemonium. It was 15 days of maximum intensity, and everyone was staying at the same place. Among many anecdotes, the day of the exhibition a lot of local writers came out and one of them happened to be Cap. I don’t remember how it happened, but Cap had been put in touch with me through a friend in common, and he’d been told that he had to come to see the show or something like that…

Anyway, the point is that he came to the opening and invited us to go up to Morris Park to hang out. Our host in NY was Lase, and he told us that whatever we did, we shouldn’t offer him anything to drink. A couple of days after the opening, we went up north of the Bronx. It was Hear TBC, El Tono, Rafael Schacter, and I. We spent almost the whole day with Cap, at his house, checking out his neighbourhood and the Tuff City backyard, hearing his stories about painting trains in the 70’s, and his theories about Comet’s throw-up among many other things. Obviously, we didn’t pay much attention to Lase, so what we did next was buy a bag full of beers on the way so that he would let loose a little…and it worked!‘ 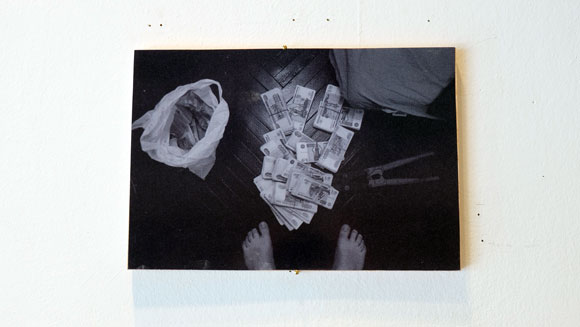 ‘All my pics i choose for exhibition are black and white, and all are not with positive fever, to show that it’s not only drinking beer and chilling while not painting.

Metal shear just shows illegal flavor of the pic, it just was near. I can’t say a lot about this picture, I just took it after counting all this money. Dirty money.‘ 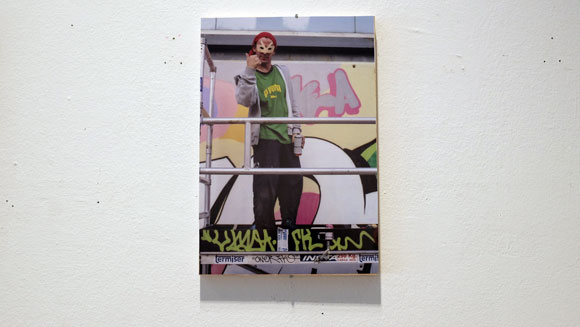 ‘The picture is from 2007 or 2006. It was a mini festival organized by some people I knew (which later became Urban Funke). They asked me to organize a wall and to invite Swedish writers. Kaos and Nug from VIM came. Our wall’s lineup was Kaos, Nug, Flus, Hosh, Kilo, and Spank.
It was a great day; sun and good friends…the whole FK family was there.

Below Kaos in the photo are a few tags: VIMOA, FK, done by Nug. Maybe one of my most important style influences in graffiti. And below him, done in marker: Ower, FK. Ower must have been 16 years old when I took this photo…but he was just as good as the rest.‘

In order to get full coverage of the party in the same fashion as the event’s content, we handed out some disposable cameras to some of the guests. This is the result… 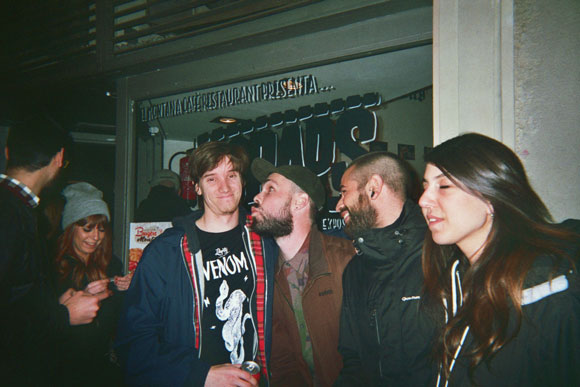 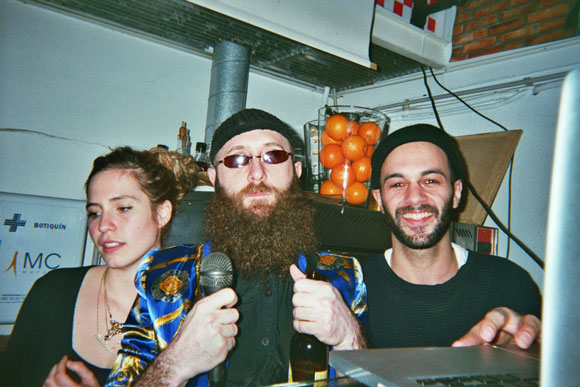 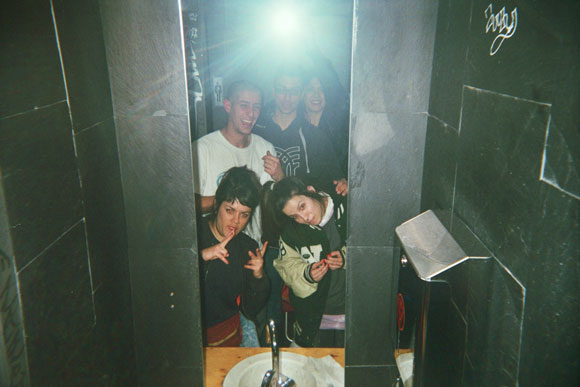 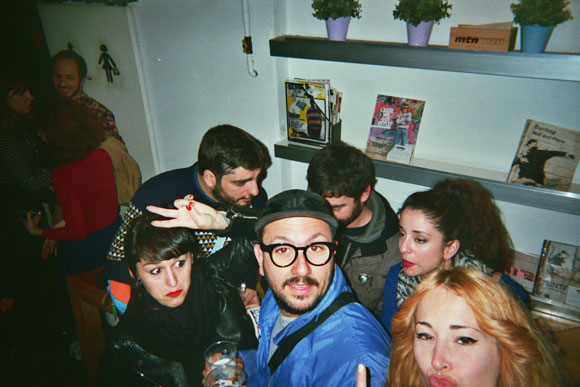 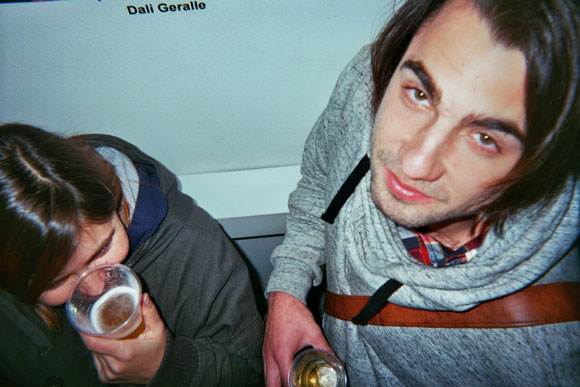 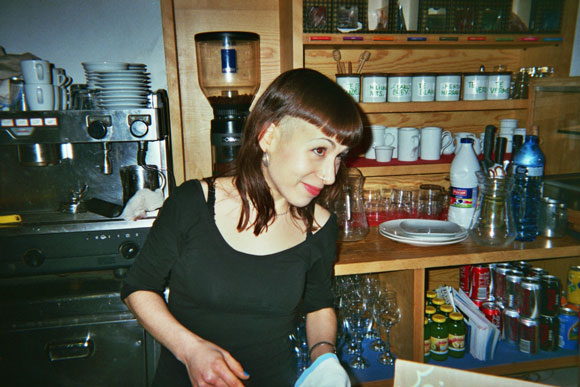 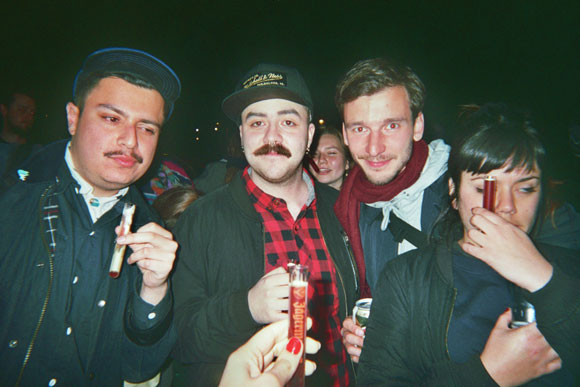 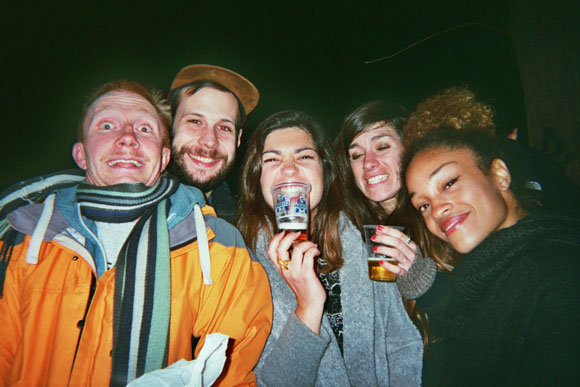 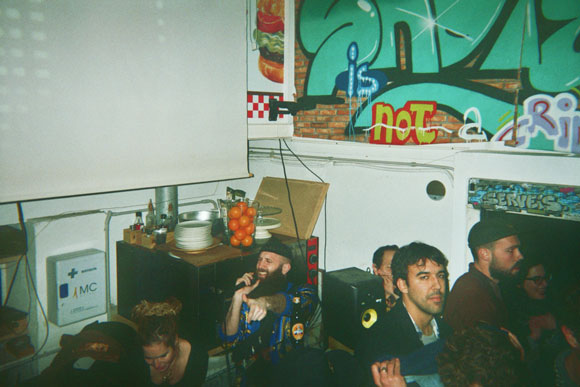 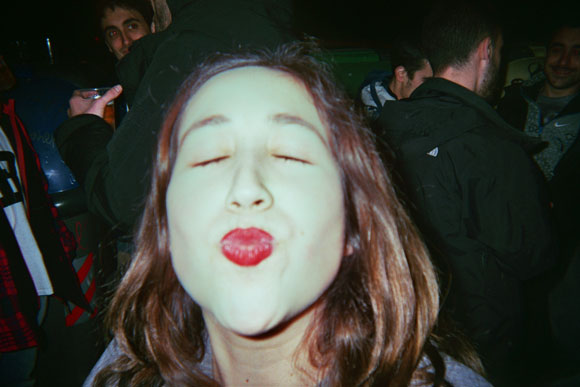 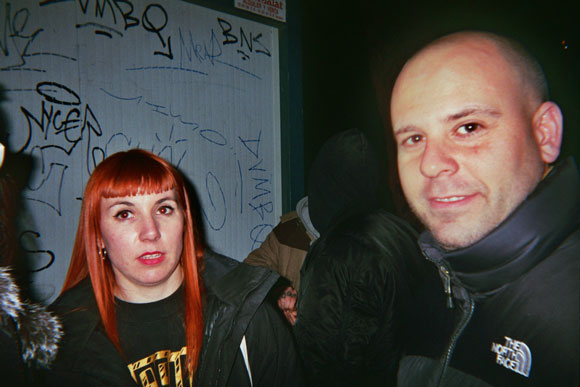 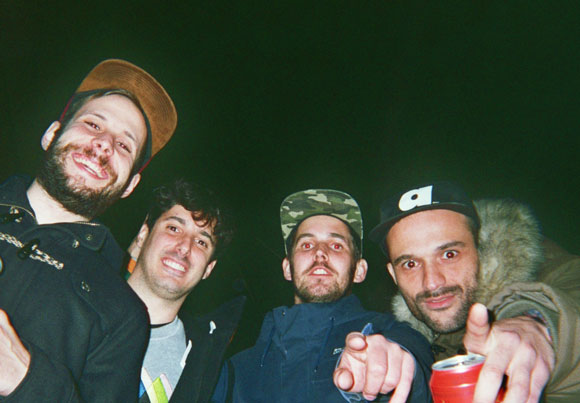 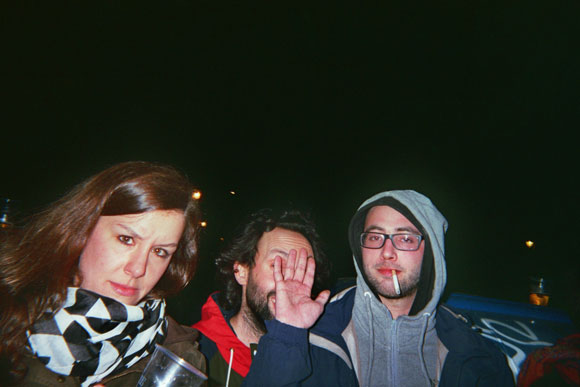 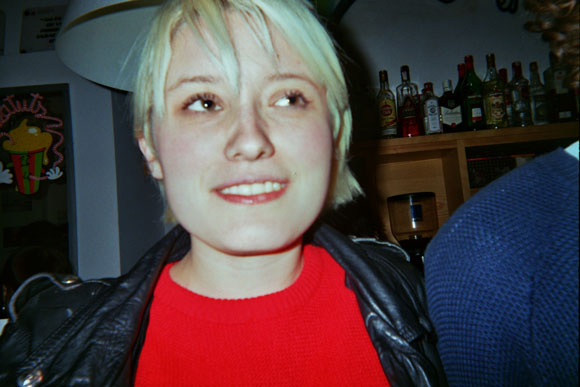 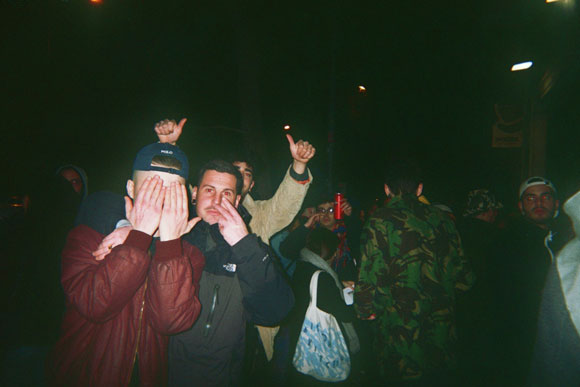 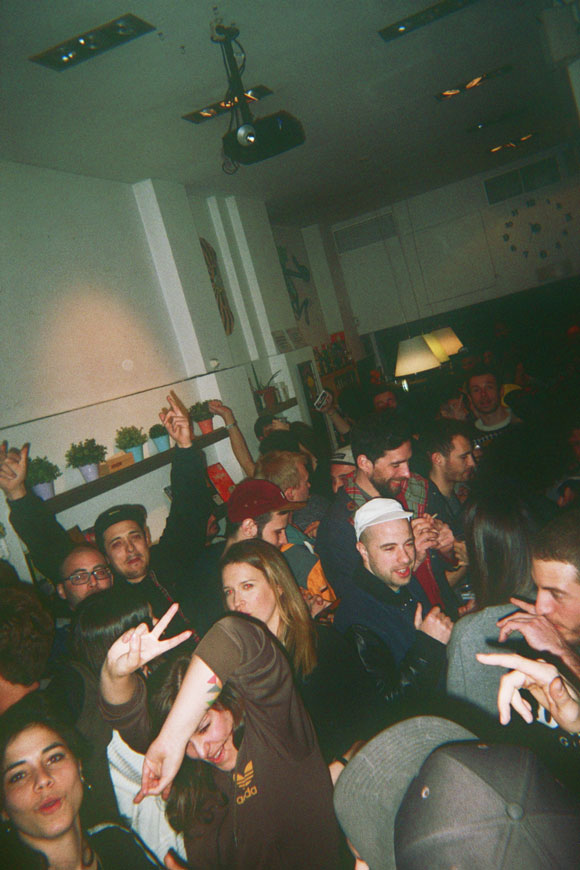 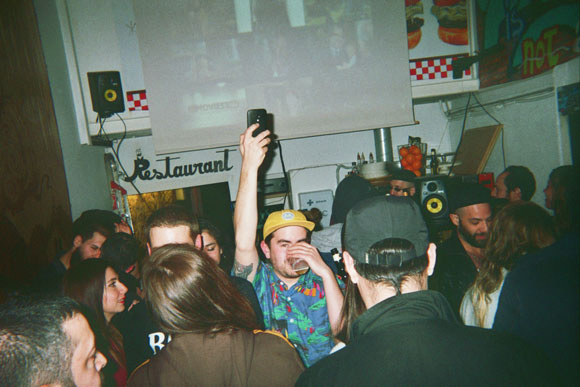 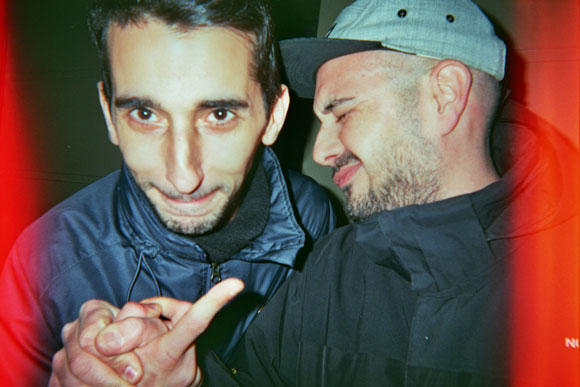 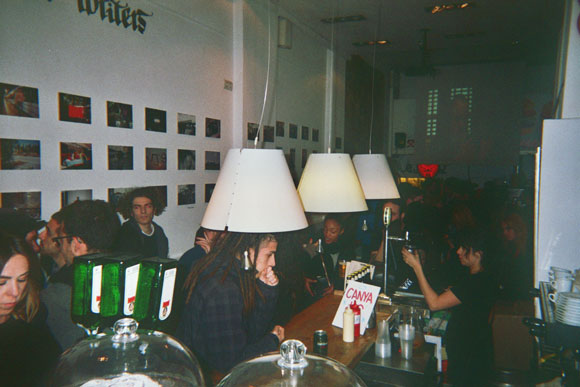 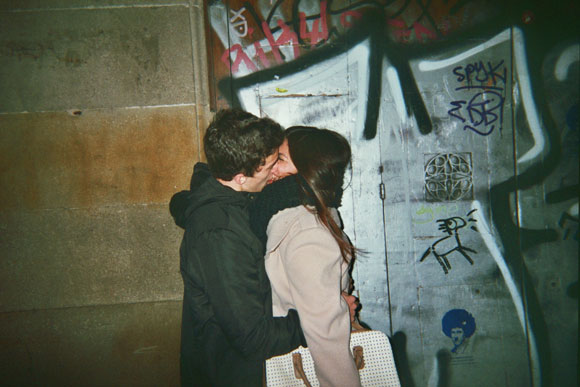 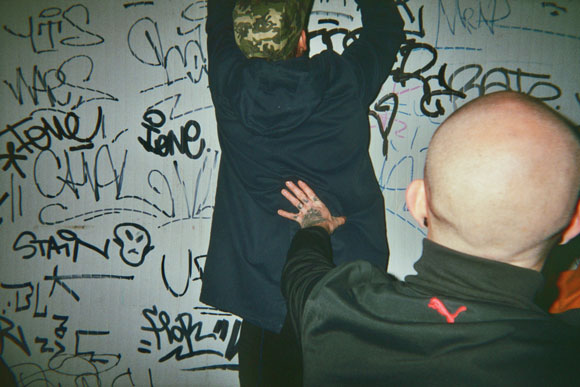