ESCIF, ‘ALL THAT EXCESS’ 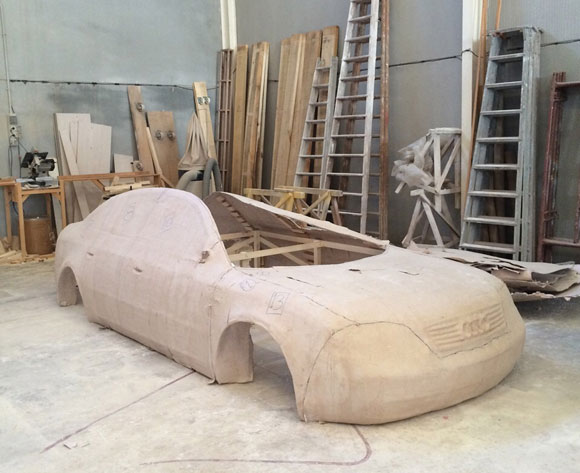 Escif has shared with us the photos of his las project that can be visited on c/ Corona, in Valencia (Spain), until tomorrow, March 19th. On this date, following Fallas tradition, the installation will be burn. 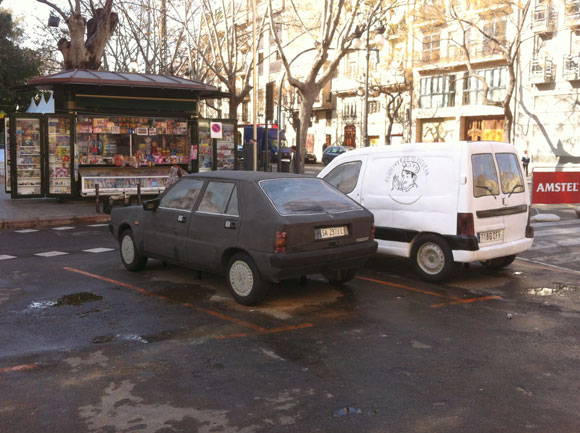 The origin of Fallas, according to the popular version, told us that it was originated by carpenter’s union. On the eve of their Patron’s day, they burn up shavings and all that excess into a purifying fire; reaching a good cleaning of their workshops before Spring comes. The clever Valencian artist uses the celebration to make a deep reflection through an audacious action full of irony. 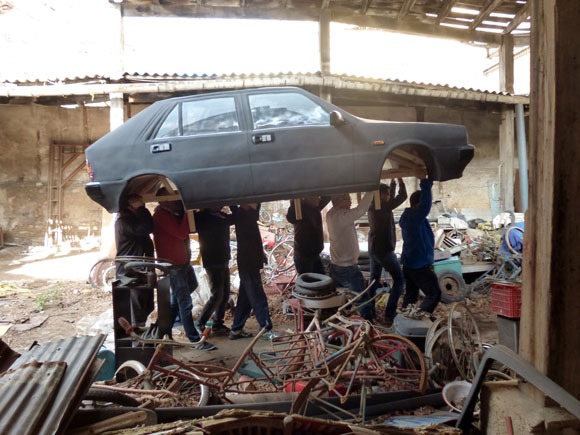 ‘How it makes a Falla that it doesn’t be a Falla, but that it is a Falla?

The proposal that Escif present on “Falla Corona” this year consist in reproducing those elements that are in ‘excess’ in the habitual Falla’s stage.

Make a falla with everything what isn’t a falla, but it is a part of, irremediably, the transformation of the urban scene while this celebration is taking place. Elements which have to be removed to clear the space as well the complements of the fallero building. Therefore, the falla will consist in different objects copied from the reality, as a gray container, traffic signs, three stopped vehicles in the square, two empty firecracker boxes, bicycles, bollards, three tobacco boxes, four bags of snacks, separation fences with their advertisements, five chew-gums stuck, twelve cigarette ends, broken glasses, confetti…

Where are the limits between fiction and reality?

Where are the limits between life and show?

Where are the limits between what it is and what it isn’t?‘ 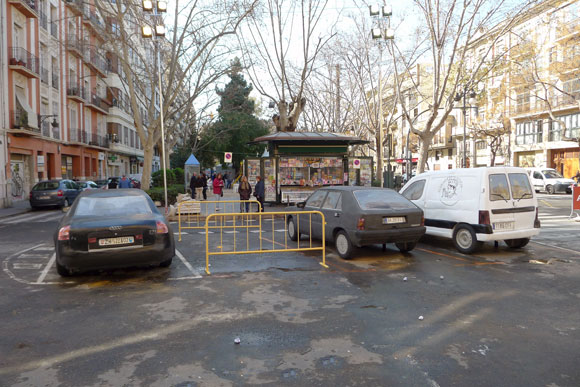 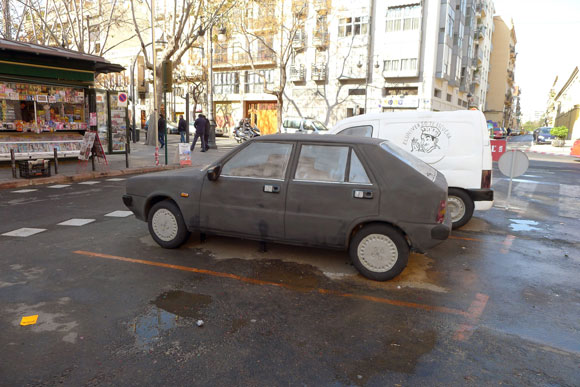 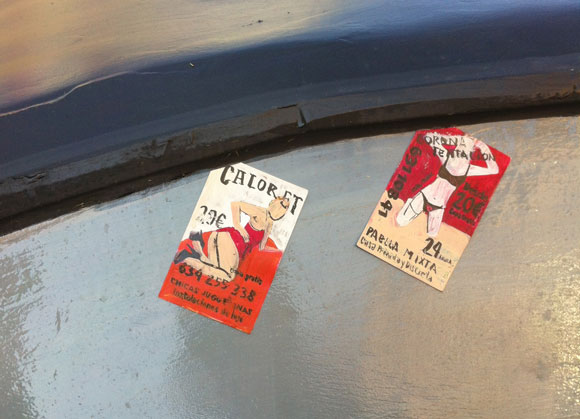 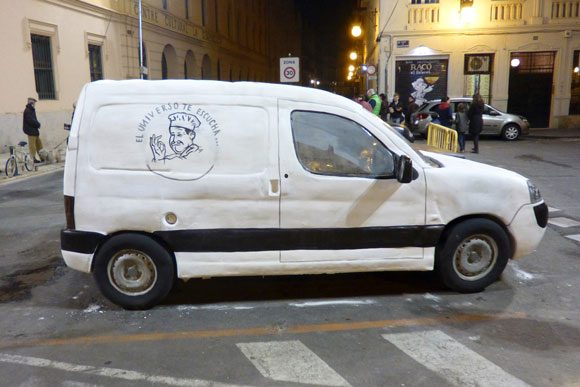 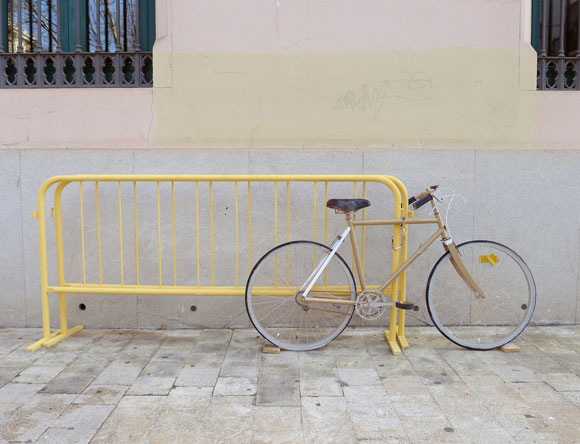 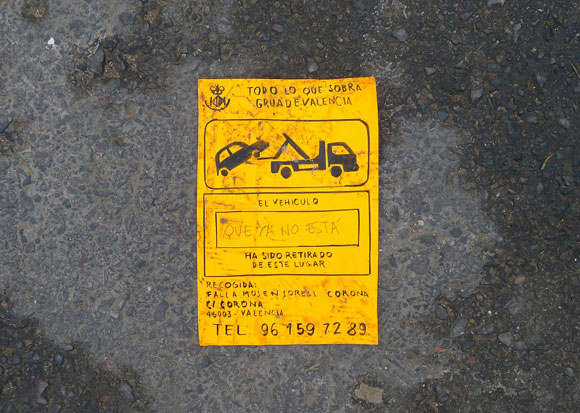