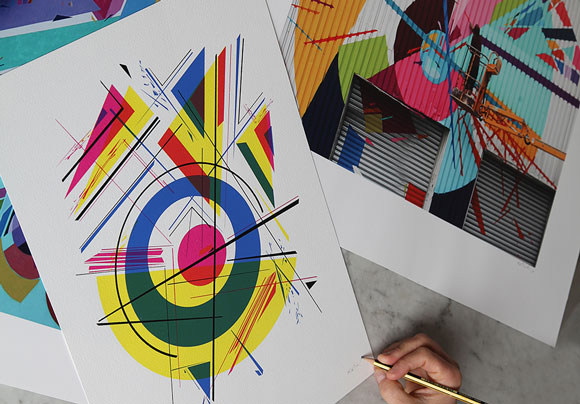 In collaboration with the IAM gallery, Kenor has released his latest series of screen prints in a 20 pieces limited edition. A perfect moment to get deeper on the conceptual origins of this artist from Barcelona.

The abstract geometries that characterize the work of Catalan artist Kenor are always the result of the visual interpretation of the music that motivates his creative action: techno, and more specifically Detroit techno.

“An abstract, fascinating techno which originates and evolves… Detroit“. 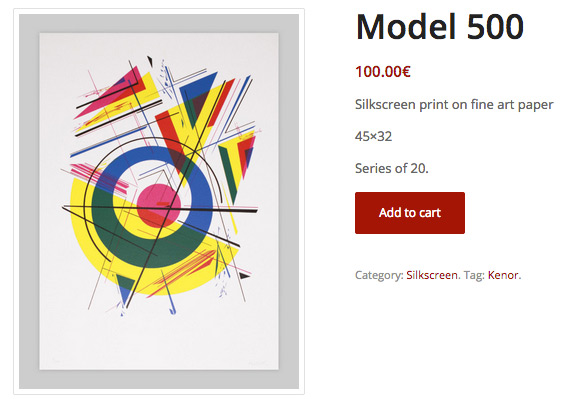 This musical style, made from textures, makes Kenor’s interpretations  compose music through gesture, the very act of painting.

‘This time we present “Model 500“, a work of art that pays tribute to the music of Juan Atkins and Martin Bonds, with which the artist identifies since his youth. “I have tried to paint the sound of the song” The Flow “, in this case the remix that the English Underworld made from it […] A magician, that’s Juan (Atkins): He turns the elctro into techno, always planning into the future, full of funk everywhere, pure exploration. A sound engineer. He invented Techno.’

‘Model 500” is a silkscreen print on paper Rustic 280 based on 4 colors. A limited edition of 20 units signed and numbered by the artist. A collector’s work of art not only directed to art lovers but also to all those lovers of the music that set the basis of a generation. Because of the launch of this print, Kenor has prepared this mix entitled “Future to Future” showing once again his devotion to such sounds. 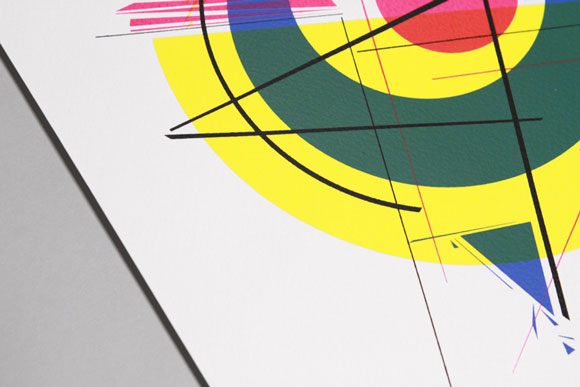 In addition to the launch of his limited edition, Kenor has released this mix titled “Future to Future” where he once again shows us his devotion to the sounds of bands like Surgeon, Prologue, Mode21 and Voices From The Lake. 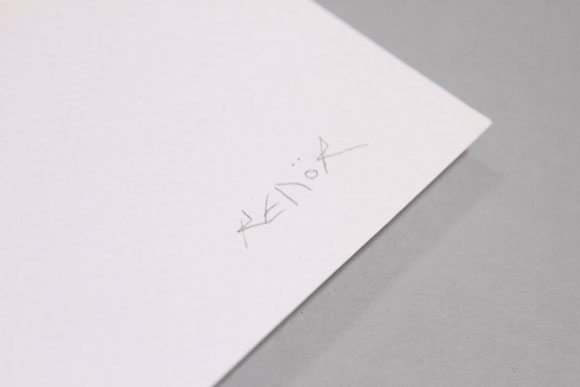 To round up this update we bring you a quite interesting set of material where Kenor has sent us his latest train actions. He reaffirms his unquestionable dedication for art, at the same time as he shows proof of being a true graffiti writer with strict standards. Hats off people! 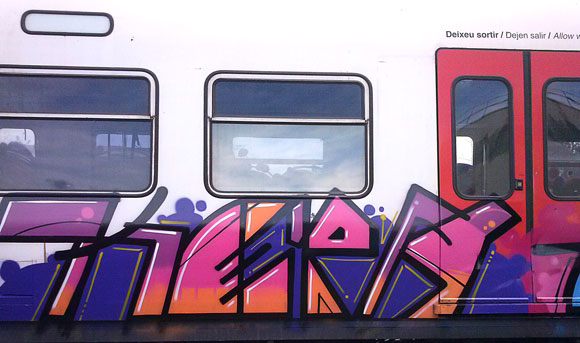 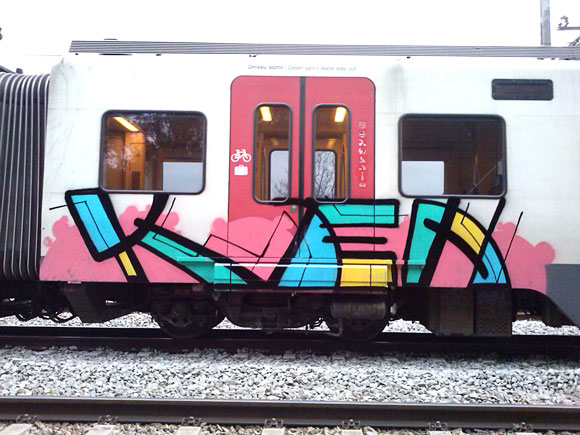 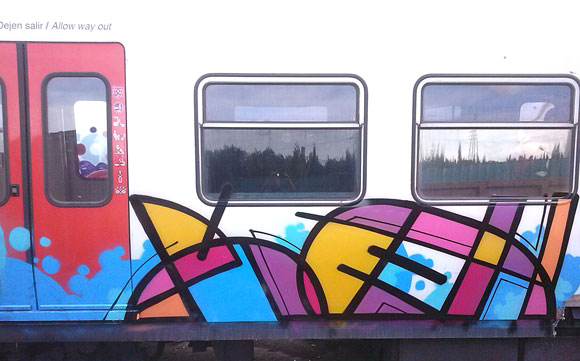 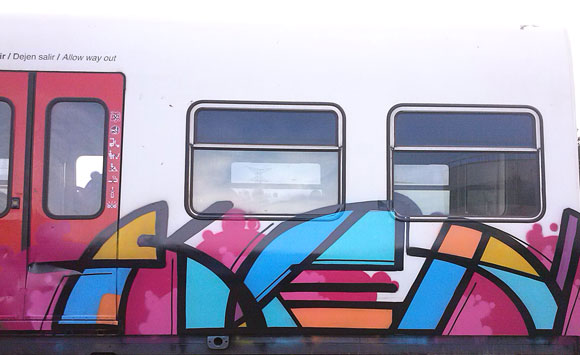 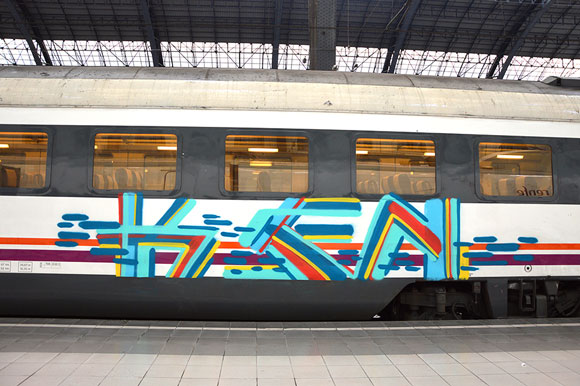 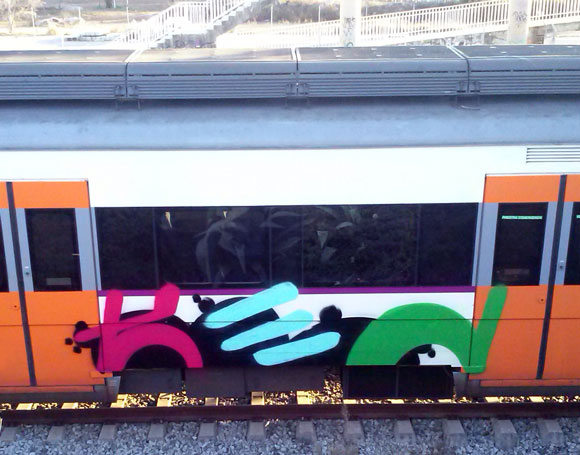 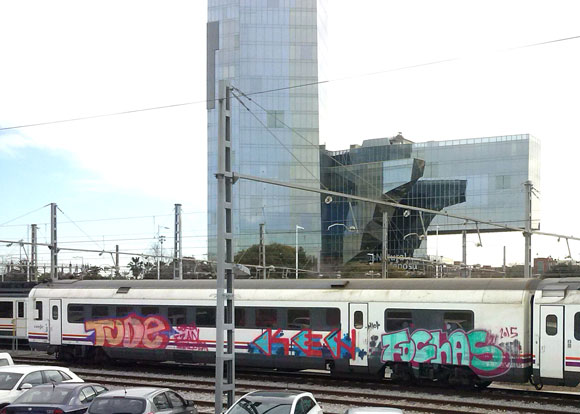