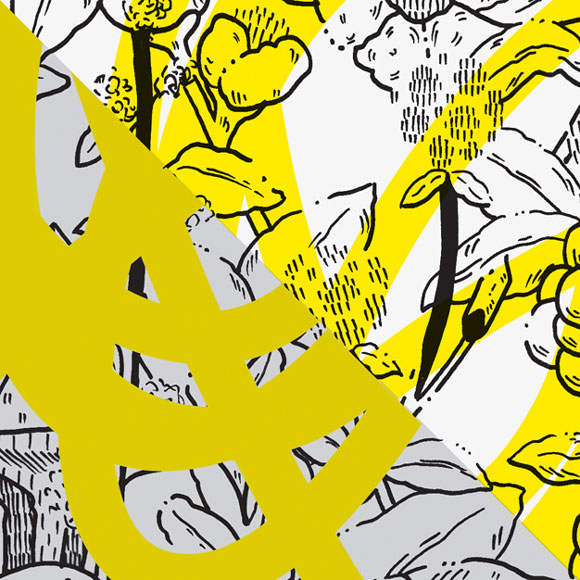 “Fallas” can be used to refer to a defect, but in plural; its consequences and alterations. To find oneself with the nonfunctional, with what is about to expire, or that has a known end.
Death and its reactors; an organic short circuit. Montana Gallery Barcelona presents a series of works by Elian and Pastel in which the premeditated or induced error is portrayed.

It’s not the first time they participate in a joint exhibition, but this time the pieces will be completed individually. The works will present the converging of two perfectly complimentary styles. Elian‘s study of line and fluidity of gesture will overlap in an organic process with the idyllic and ephemeral symbolism with which Pastel presents nature, making their proposal a complete artistic exercise. 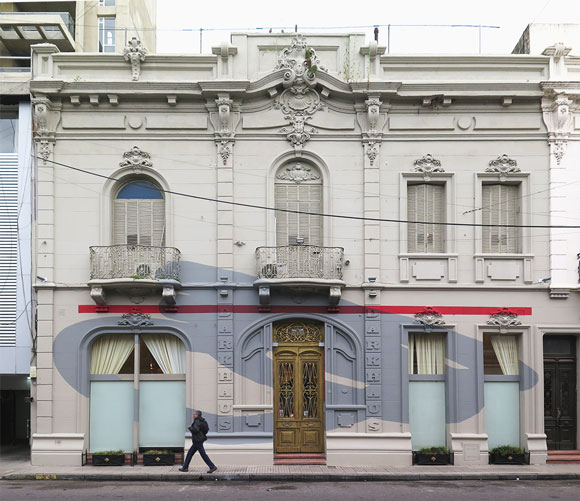 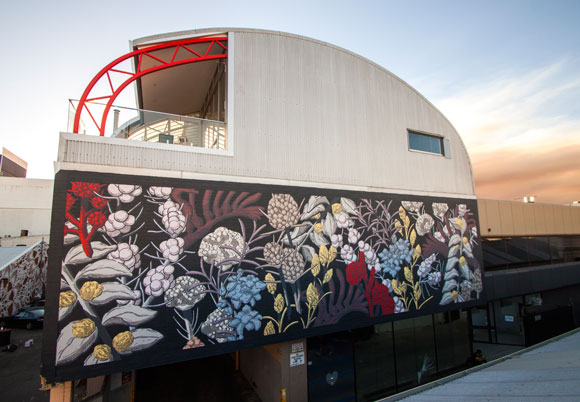 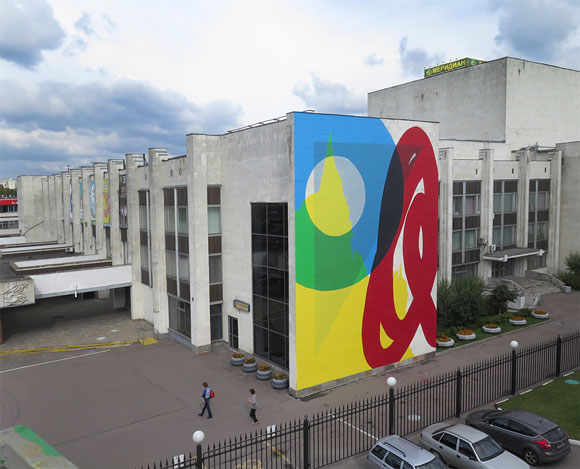 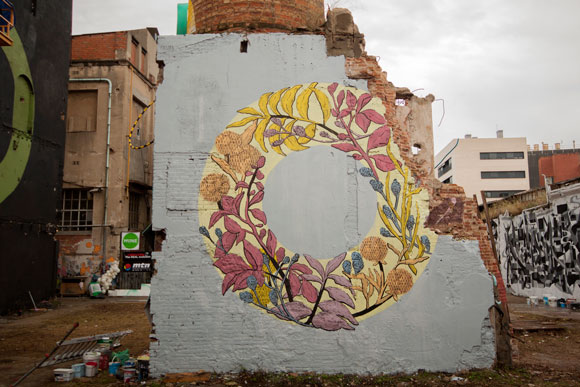 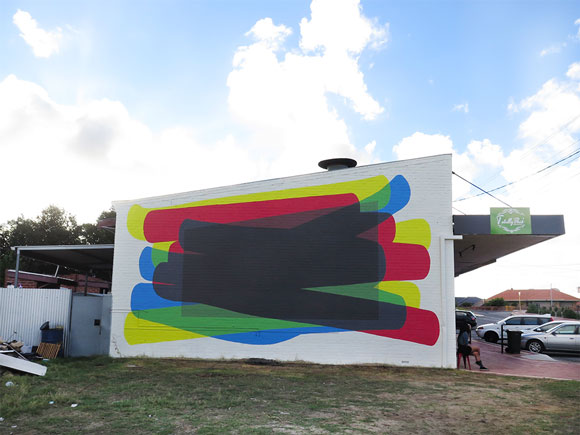 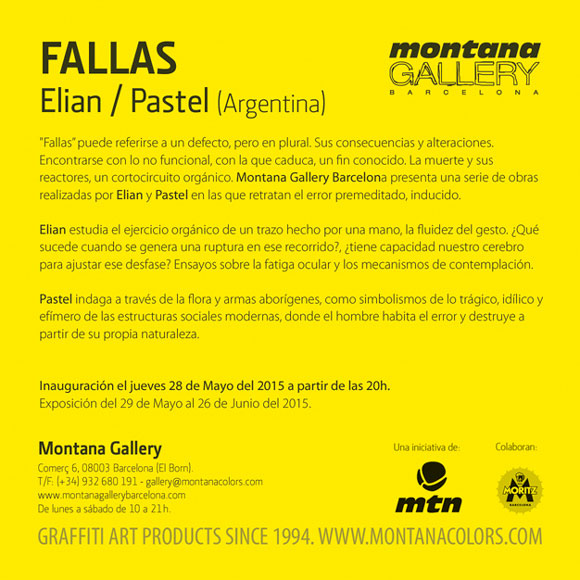