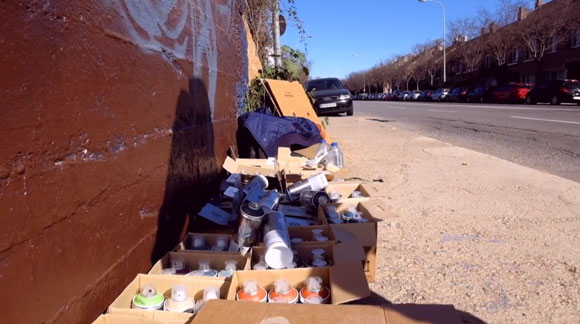 A couple of months ago we saw the video where Jarus and Treze tried out our MTN Water Based 300 during some studio work made on the MTN Puzzl6. It turns out that the simultaneous action of the two artists didn’t end there. They took advantage of the Canadian artists visit and even though the complicity they saw coming they managed to combine their styles in a playful way. Jarus and Treze made, not all surprisingly, a great mural where parts was made with our water based specialty product.

The release of this video is perfect to bring more light to the short interview we made with Jarus during his visit to Barcelona which it brings us closer, in a more intimate way, to the works and the personality of this quite interesting aerosol artist.

In the case of Treze we only have to remind you of that this friday he inaugurates his solo show at El Montana Cafè & Restaurant, which most definitely will be worth a visit. 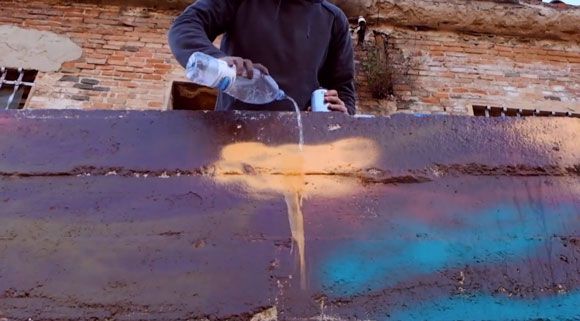 Hey I’m Emmanuel Jarus AKA Young Jarus.
From Canada, bit of a nomad, don’t know where Im going or really where I live.
I turn 23 in a few days, been observing life and painting since I was very young.

-Young Jarus is an artist or a graffiti writer?

I think of myself as an observer of life and eventually I want to make artwork about my experiences.  Right now I am kind of in a transitional phase from learning how to capture life to telling stories through drawing and painting.

Graffiti was something that I started to enjoy when I was 14-15 and still enjoy to this day. I realized high school wasn’t for me and had a high amount of curiosity for the graffiti I would see on freight trains all across the country. I was probably the most excited about graffiti when I was 16-19 and tried to participate as much as I could. The graffiti scene is where I was introduced to the street art and mural scene. It seems rarer and rarer that people are coming from a graffiti background but it just seemed natural to me. I feel I am a fairly proficient painter but I am still learning how to be an artist, with graffiti as a hobby. 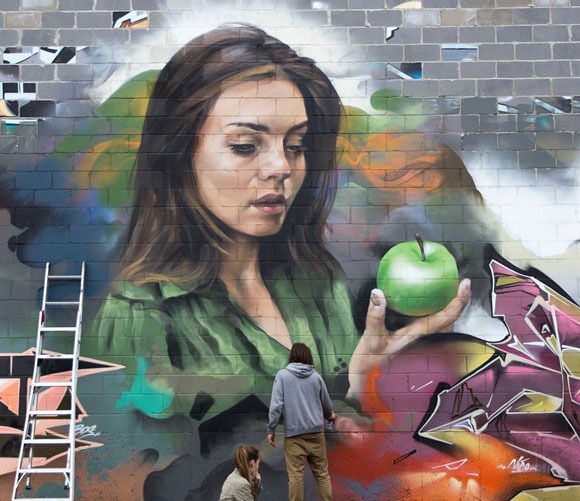 -What differences do you see between European and Canadian graffiti?

I’ve been fortunate enough to have been taught the history of the Canadian graffiti scene from its founding fathers. I don’t have much to say about the graff or street art politics in Montreal and Toronto except that it is very prevalent. I think the underrated scene in Canada is the cross country freight train scene. Its a fairly small amount of people painting and it’s common to see them rolling against almost any Canadian landscape background. Hard to describe to writers who haven’t visited Canada. It’s really a surreal experience to see a piece you painted years ago by some 100 year old grain elevator in the prairies, coming out of a tunnel through the mountains while you kayak down a river in BC. I feel really fortunate that I got to take part in Canadian freight train graffiti while it still exists. 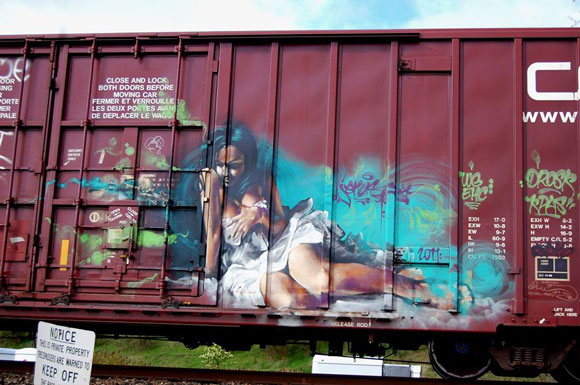 -You was visiting Europe. Tell us a little bit…

Europe was a trip I had been planning to make for a while. I am writing this on my first day back after 4 months away from home, but I still feel as if the trip got cut short and plan to return shortly after Montreal Muralfest in June. I visited a lot of places but mostly spent my time in Berlin, London, and Barcelona.  A huge shot out and thank you for everyone I met and who put up with me along the way!

Barcelona was incredible thanks to the huge amount of support I received from everyone at Montana.  It was fun to stay in the old part of the city and eat tapas and smoke “legal” weed. I haven’t been as interested in graffiti lately and Barcelona kind of rekindled that for me, you kind find the best letter styles from all over the world lurking around those streets. I wish I would have had more time, however did manage to do a lot of stuff with the new MTN Water Based and I think you will be seeing me using it a lot in the future… just need to figure out how to get more of it in Canada. 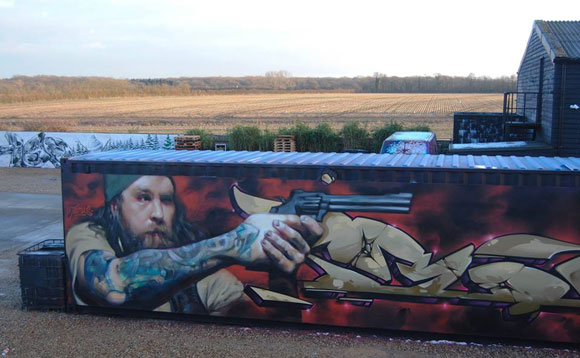 -How do you see yourself in the future?

The future for me will be less frequent but more concentrated and thought out murals around Canada and the world. I want to retreat for a bit and maybe shutdown social media and really work on making some art. I have been experiencing many different slices of life and as you can tell from this interview, I will be better at painting my stories than writing them.

Just want to say thanks again to everyone who helped me along my journey the last few months, in no particular order, and sorry if I forgot anyone. 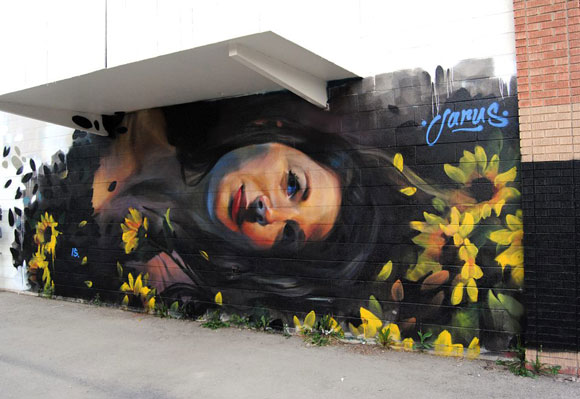