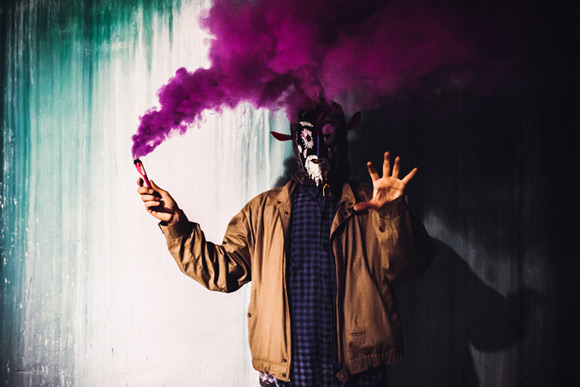 This Thursday, 11th of June, Zosen will inaugurate a site specific installation at the project space Fluorescent Smogg. Inspired by Latin American art, the artist also presents an edition of handmade screen prints, a collection of ceramic masks and a video made by Germán Rigol which sums up the process of his creations to the sounds of cumbia. 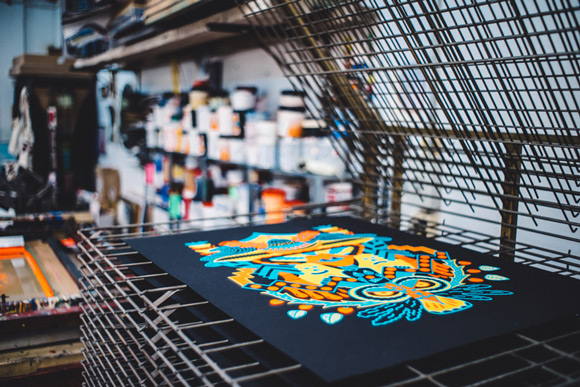 “El arbol de la vida” (the tree of life) reviews the iconography of popular roots from Latin America and the influence on the author.

Zosen expands a mythological bestiary of planetary signs crossed by irony and tradition.

Emerging from the graffiti scene and after contemporary art, Zosen shares similar sensibilities as the local artisans of popular culture and folklore that flows between the differences of Europe and Latin America.

He represents an imaginary influenced by the mass media, individual reflection and life in the city or interaction with nature; while commenting on cultural and social aspects of his origins. 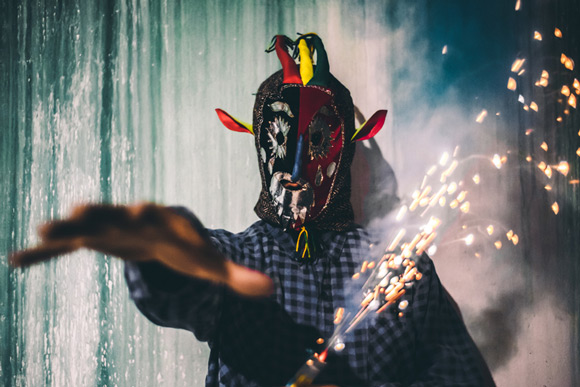 He takes “El árbol de la vida” from the christian culture to transform it with his visual language into something else, stripping it of religious meaning and turning it into a psychedelic trip to the rhythm of cumbia.

After twenty-five years of action in the streets, Zosen has become part of the distinctive visual landscape of graffiti and murals of Barcelona. The city recognizes his familiar imagery, colorful, somewhat nostalgic for mass culture. 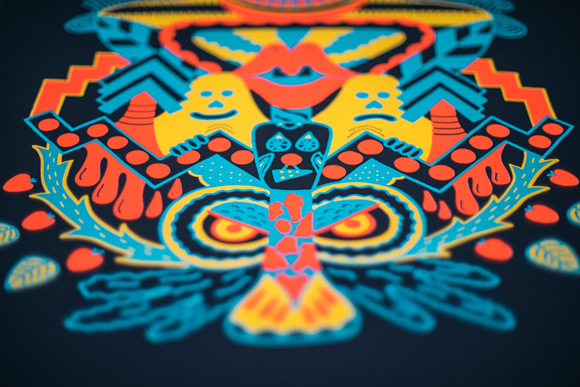 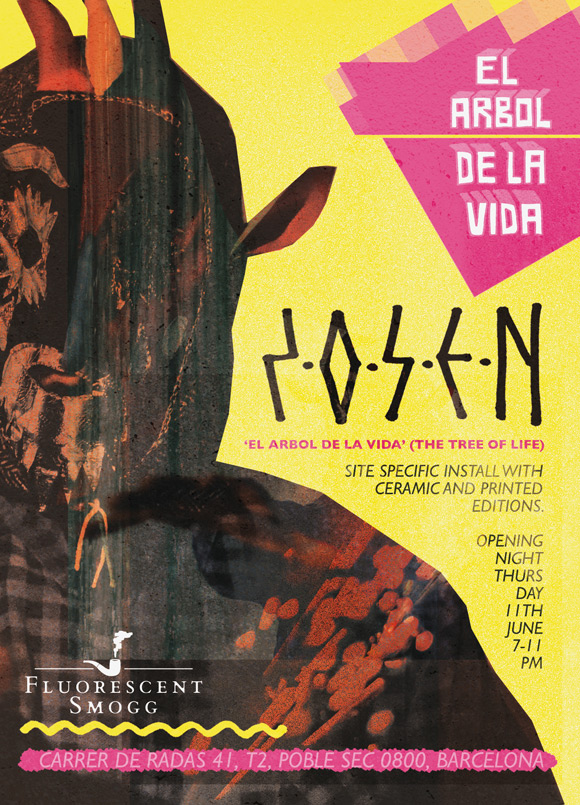