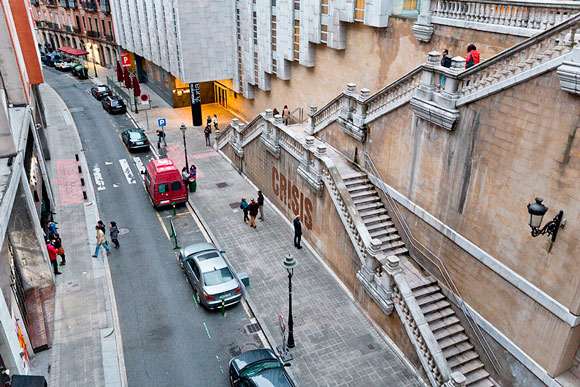 Spy has surprised us again with a spectacular intervention that makes the describing of his art as, “urban art”, to fall short.

In the context of a crisis like that of Spain, the result has been a paradoxical translation in the increase of wealth amongst a certain few. Spy has expressed his criticism by means of an artwork that aside from being surprising, incites reflection and provokes an inertial behaviour in its viewers. 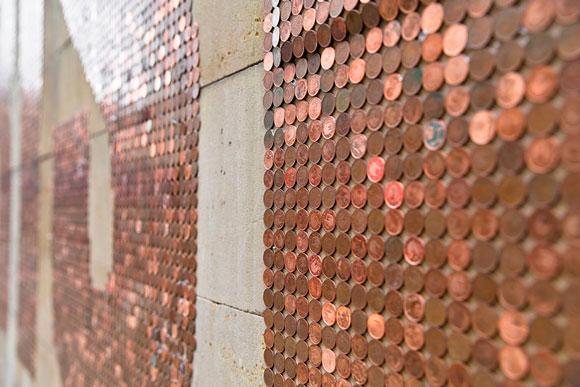 Utilizing a formal typography, the artist has written the word, CRISIS, by glueing 50000 2 cent coins to the wall in a central neighborhood in Bilbao; a total of 1000 euros placed in the street at the disposition of anyone who would like to take them. The bold intervention proposes all kinds of contemplations about the causes of the crisis, the vileness of human selfishness, or the beautiful simplicity in solidarity.

Sadly, the moral we are left with after all of the coins disappeared, is that a crisis caused by greed is inevitable in a society that is obsessed with money.

In any case, the aesthetic result of the work is also admirable, especially considering the neoclassic architecture of its location.

This intervention is part of the “Final” project, and exhibition organized at SC Gallery in Bilbao, curated by Jordi Pallares. 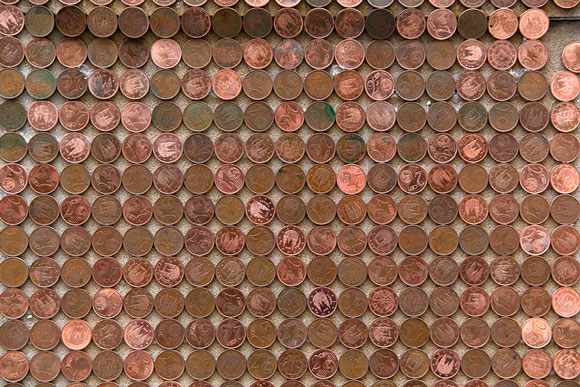 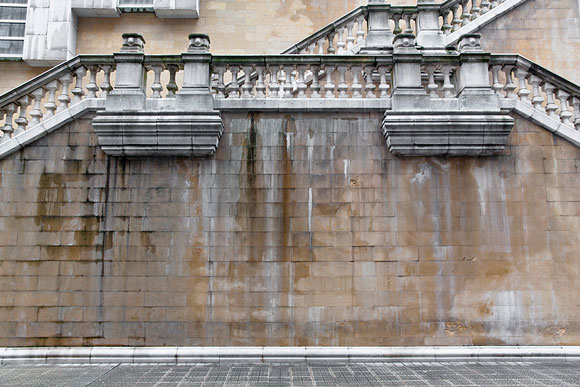 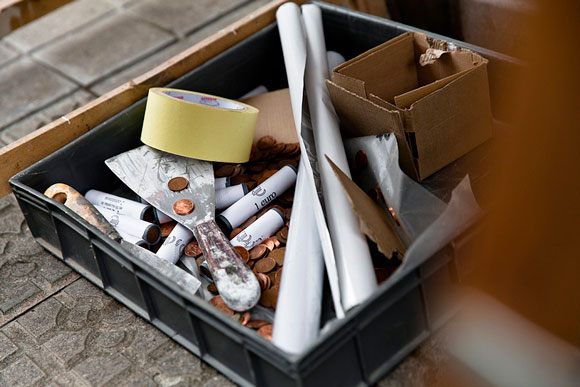 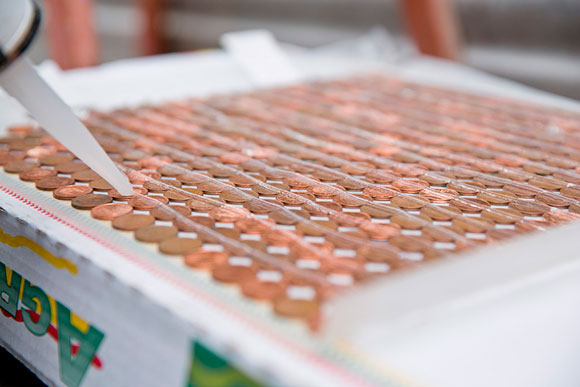 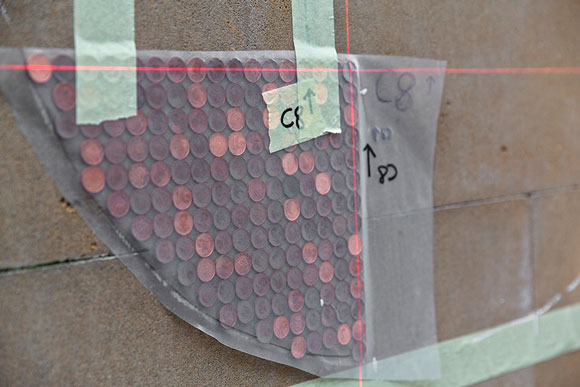 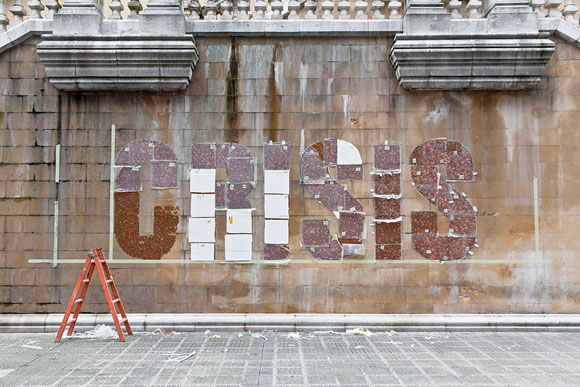 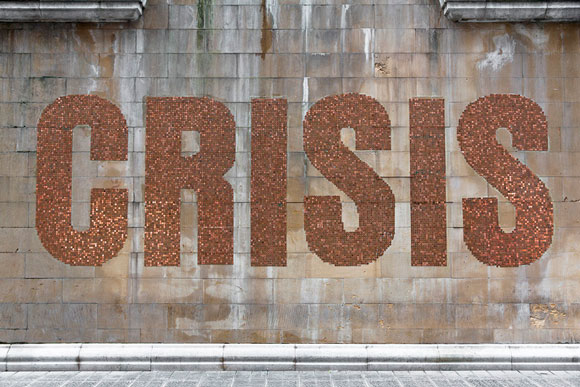 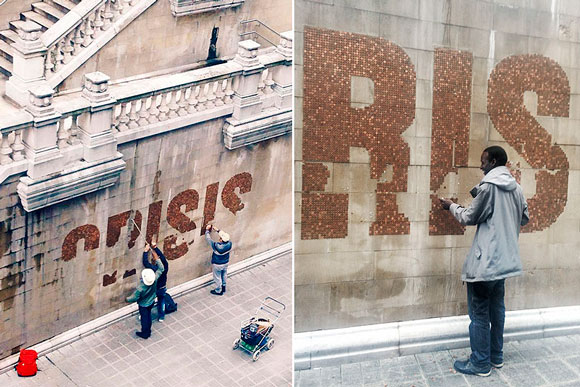