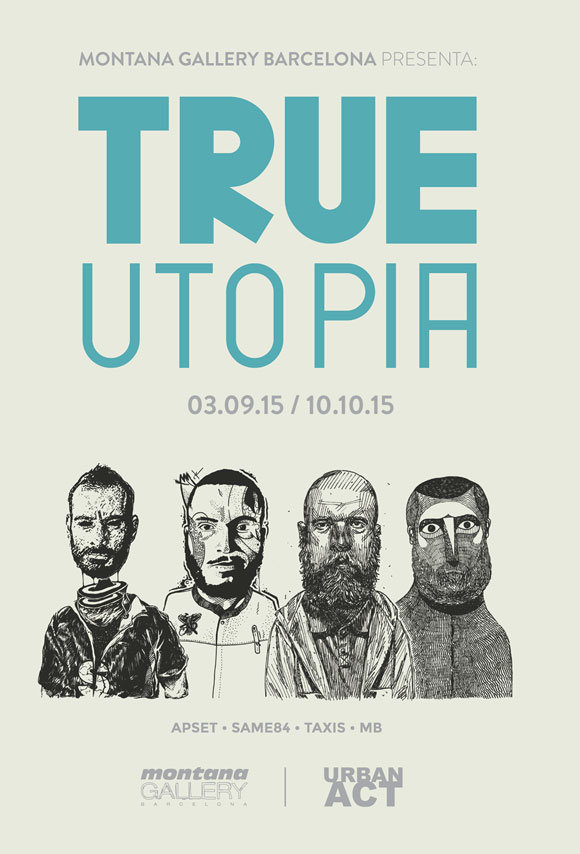 In the media lately there’s so much talk about Greece, but only in terms of political and economical issues. The Montana Gallery Barcelona has decided to remind everyone how important this country’s culture is, in an upcoming group exhibition. Four guests will present their different views that have been constructed from their own realities. 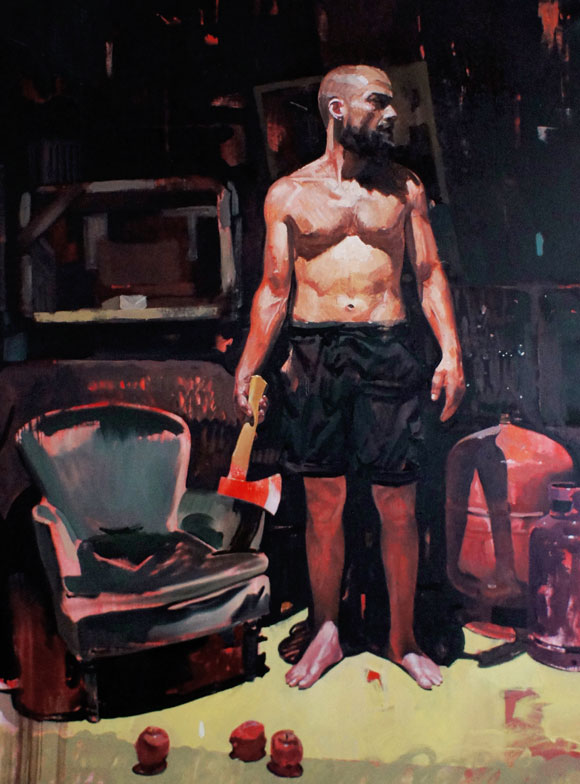 Apset, Same84, Taxis, and V. Markosian are the four Greek artists invited by Montana Gallery Barcelona to present the exhibition, “True Utopia”, in collaboration with Urbanact.

“True Utopia” is a journey and invites the public to acknowledge the contradiction between truth and utopia. It’s a never ending trip between the real life of these artists themselves, and the utopia that they express through their paintings.

Taxis understands true utopia as a continuous struggle and a disposition to seek out a desirable future. He emphasizes feelings of rage, aggression, or passive tranquility in his willingness to achieve his own utopia.

All of the lines, colors, and designs in a pop style, combined with street art and tattoo influences symbolize Same84’s personality.

Coming from an introspective angle, Apset utilizes spray paint in an attempt to exteriorize his expression. For him, the game begins when “the pain from the truth becomes a necessity to dream”.

The theme in the work of Vasilis Markosian focuses on the urban scene, the loneliness that a man experiences today, and the vanity of modern ideals and its impact on us as individuals.

Together, they present their vision of the true utopia to us; a real and dreamed vision. 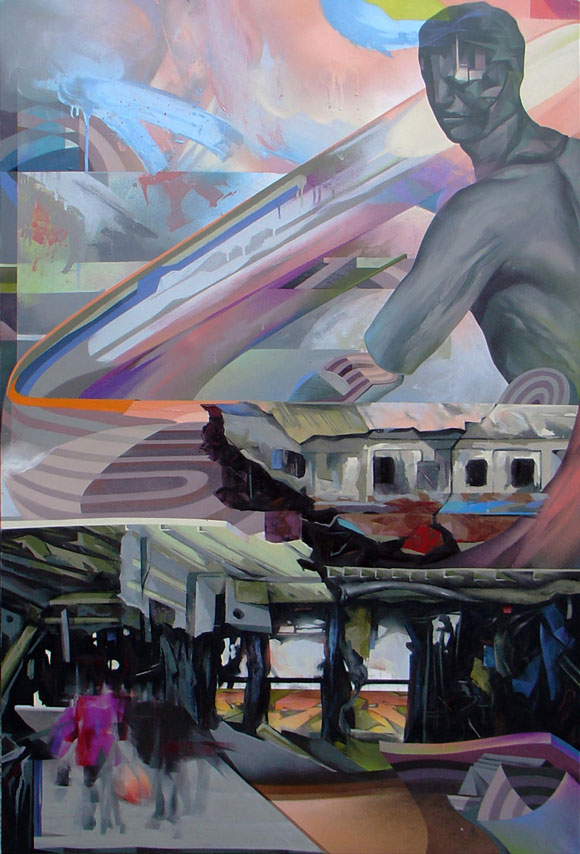 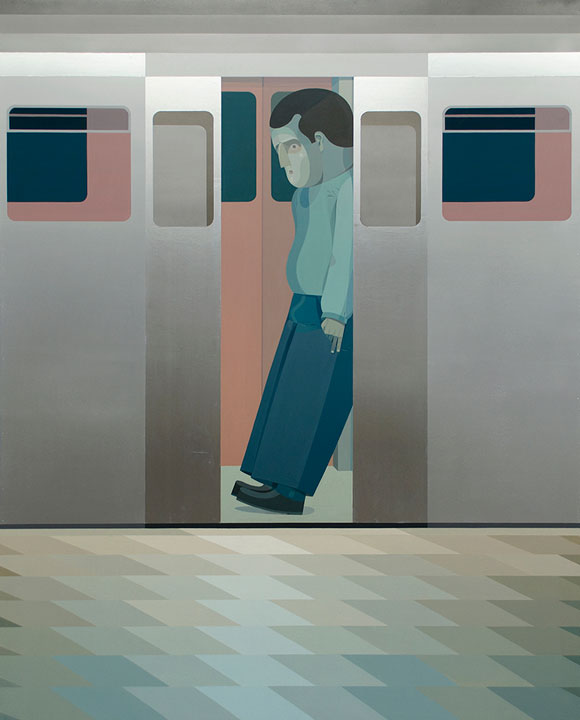 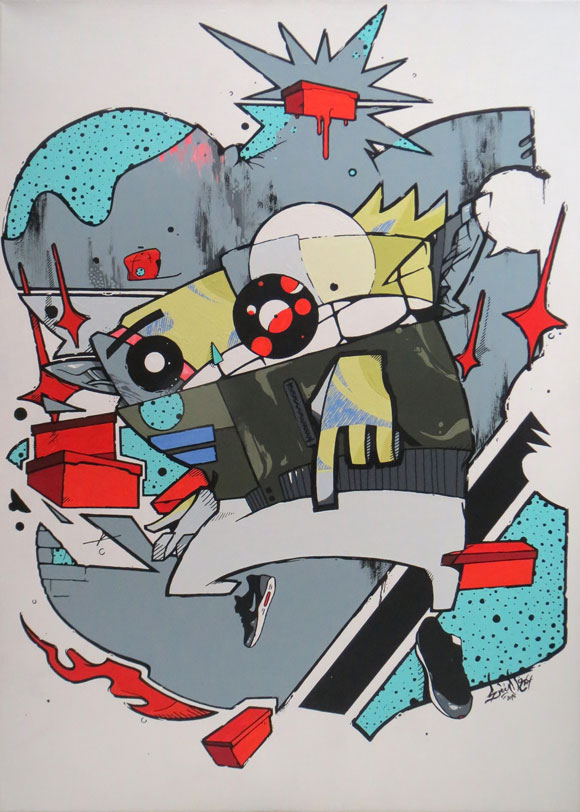 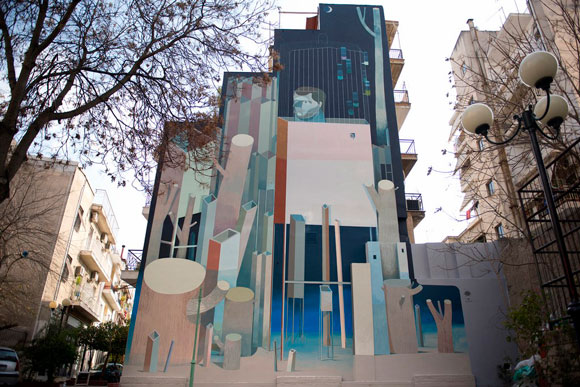 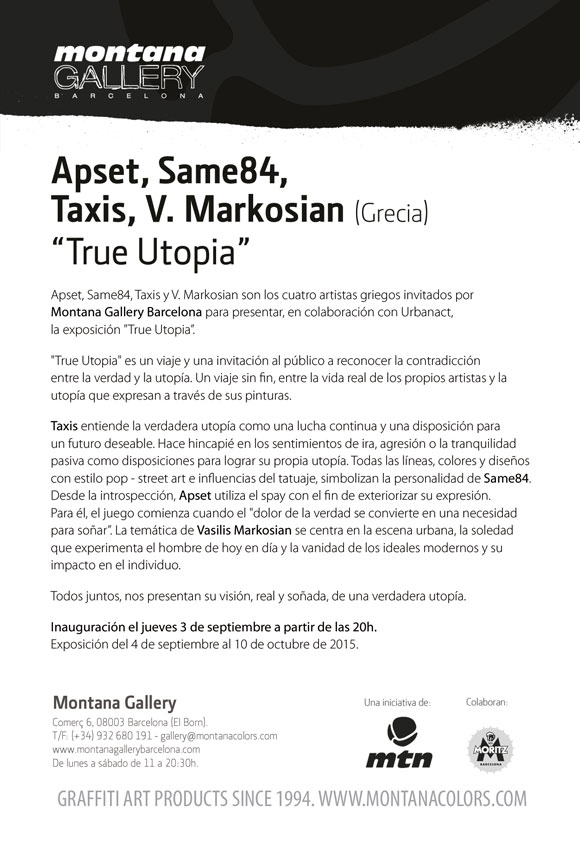