MAKY, THE FREEDOM OF SILENCE 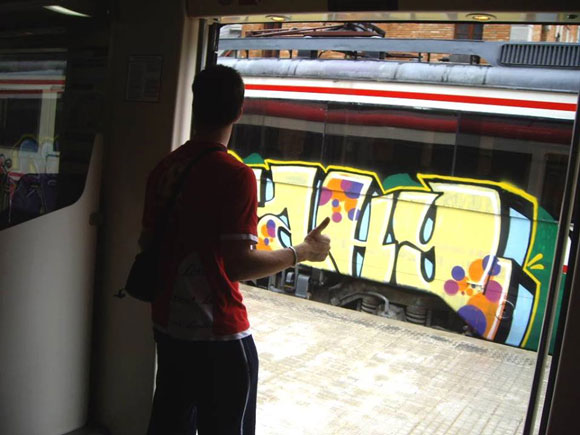 More than a few of us have heard about Maky, the deaf writer from the province of Barcelona. He’s a graffiti lover, especially for trains, but above all he’s a charismatic and unique person who’s world is difficult for the majority of writers to conceive. The time has come to put ourselves in his shoes. The time has come to listen. 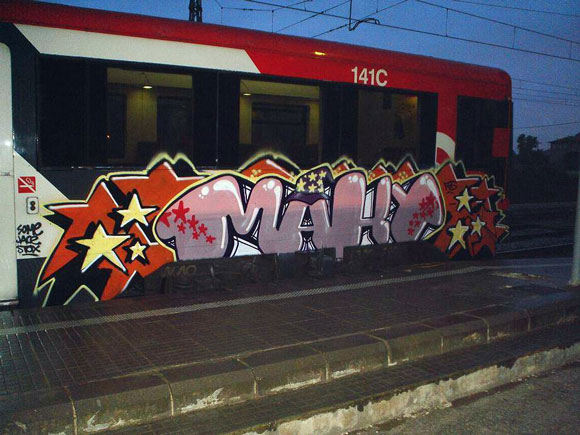 Have you painted anything lately?

Well, lately I haven’t painted anything illegal. There’s a judge who’s a bit angry at me and I have to take it easy for a year and a half. But when this phase is over I’ll get going on some silvers or whatever.
Lately when I can I paint legal walls and that keeps me calm for the time being.

How long have you been painting for?

What motivated you to start?

Since I was a young I’ve always liked to draw. Also, since I was a kid I always saw a lot of graffiti, especially rolling trains. I liked seeing it so much that it was inevitable that I’d start painting. 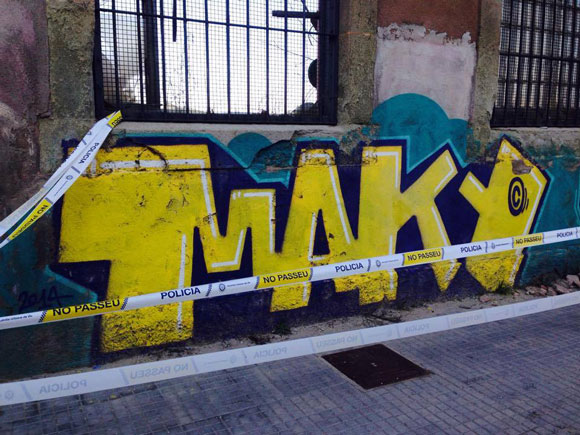 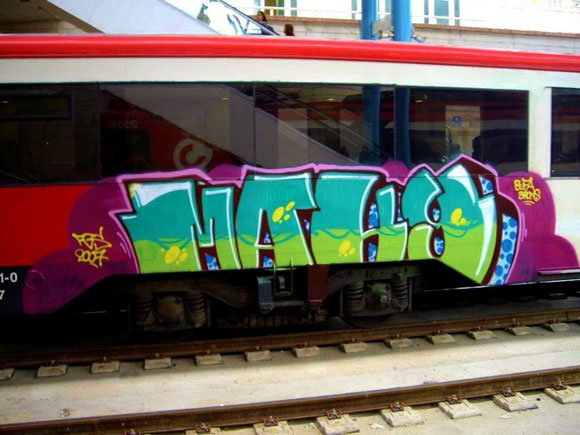 Did you begin right away with that group, HTS (Hobby Trains – Egno, Ocio, Nesy…)?

Not exactly. My first piece was on a wall with a guy who wrote Estar and the first one I did was with Ber IDS. But later on I started to paint with Egno and other people.

Did the fact that you couldn’t hear matter to you?

I didn’t care, I’m not afraid. Maybe those of you that can hear can’t really understand it, but I feel like I’m perfectly in control of everything. There have even been times when I went to paint trains alone almost every day, 10 minute pieces.

And did the others care?

Although it sounds strange, no. 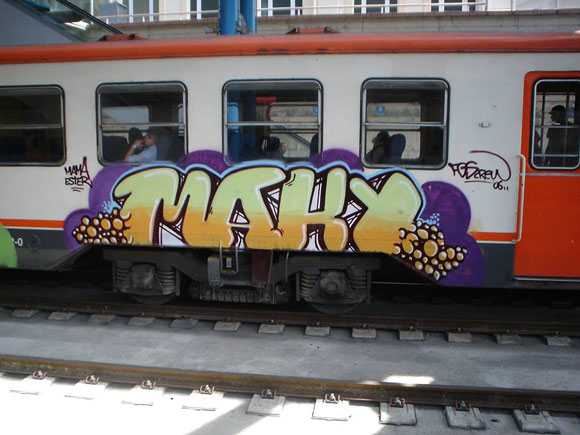 I just remembered that in the “Push It To The Limit” video you paint a train in a station on a solo mission, and in that section of the video there’s no music, you just hear a heartbeat.

Yes, I know. The idea was really good and I like it a lot. It was a nice touch.
The guys who made that video are good friends of mine. They’ve come to visit me many times, and I also go to see them in Madrid. I love the Madrid metro.

You’re a very charismatic writer. In Spain, everyone has heard of you. Could you tell me some writers’ names that paint the way you like? 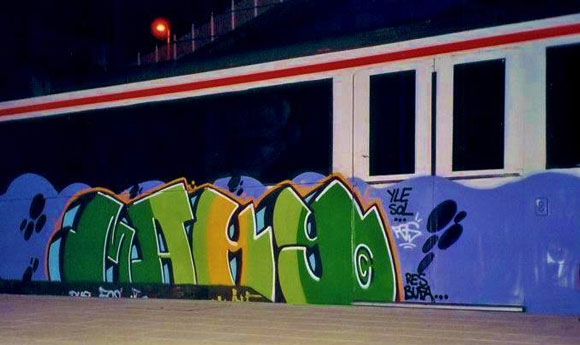 “My Mom says that the graffiti world has understood and respected my “difference”, which is something that unfortunately doesn’t happen on the street everyday.“ 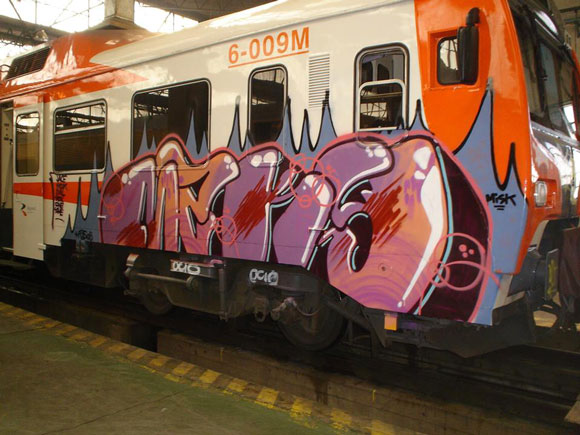 And you’ve never had a problem as a result of not hearing?

I’ve got to say, not while painting. Problems related to not hearing are more related to everyday life. For example, I practically couldn’t study.

Can you explain a little more?

I went to an ordinary school so I was one of the first students to go through what is known as “integration”. Basic education wasn’t too bad, since I had a speech therapist, but in high school I couldn’t understand a thing. As the expression goes, “I was warming up the seats”.

It seems logical but to those of us who can hear, it’s difficult for us to imagine all of these things that are so basic to us.

For sure, like I also go out at night to clubs. At the club I feel the vibrations of the music in my stomach…and a little bit in my eyes. Hahahahahahaha.

Once I heard that the name “Maky” came because you listened to “máquina” (techno) music at full volume because you felt the vibrations.

People say a lot of things…the name Maky came from the comic, Makinavaja. Once I saw that cartoon on the television and I liked it a lot. So in the beginning I wrote, Maki, and later on I wrote it with a Y. 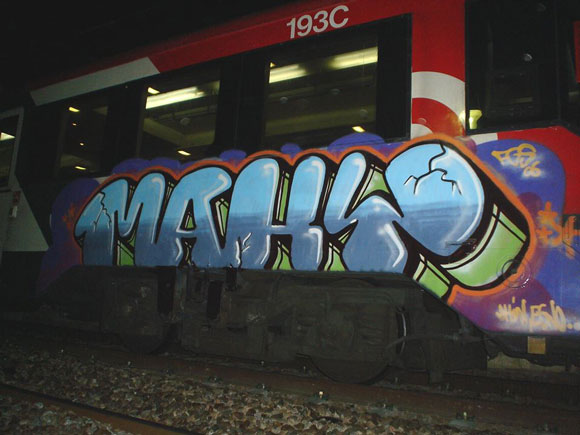 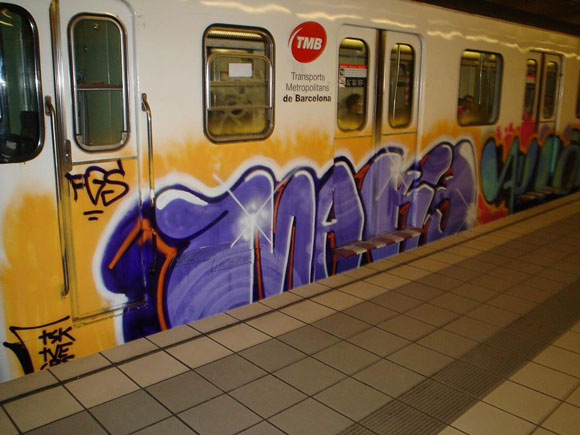 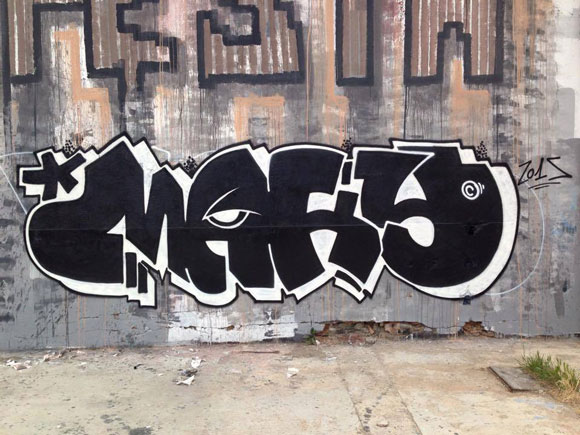 I don’t know, I’m in love with trains. It’s hard to explain. First because of the act of painting, but also to see them rolling in the station…to be sitting down and see it go by, take photos… it’s amazing!

What is the worse thing about painting?

That before it was easier than now. Now there’s so many people painting and everything is getting harder. On top of that, if they catch you, you can have serious problems. It’s getting pretty bad.
The problems I’ve had and have because of graffiti aren’t that important if you take a moment to stop and think about how bad it really could be…

And the best thing?

For me the best thing about graffiti is all that it implies; to have a lot of friends, travel, to have the feeling of being in control of it all…even the getaways.
My Mom says that the graffiti world has understood and respected my “difference”, which is something that unfortunately doesn’t happen on the street everyday. And she’ll always be thankful for that.

How has your Mom dealt with you painting trains?

She’s always been afraid, but she never tried to stop me from doing it in an authoritative way. She understands that graffiti is my escape “track” and my means of expression.

Have you ever felt different?

With my friends never. Others may have insulted me badly, but whatever… 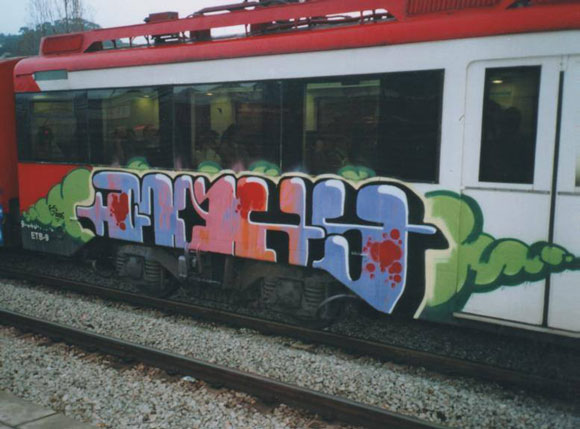 “When I was young I was wear hearing aids for a while. (…) I never went back to wearing them. I prefer silence. I’m happy with silence.“ 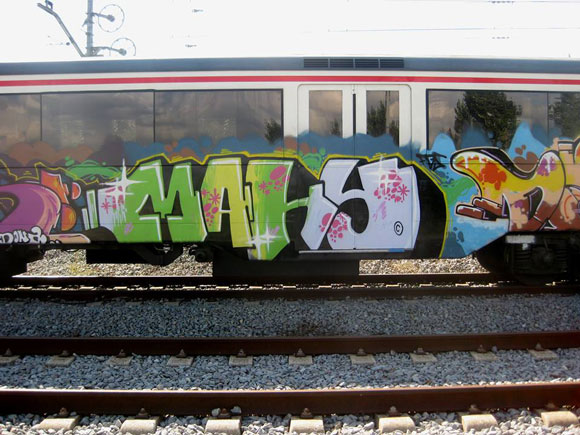 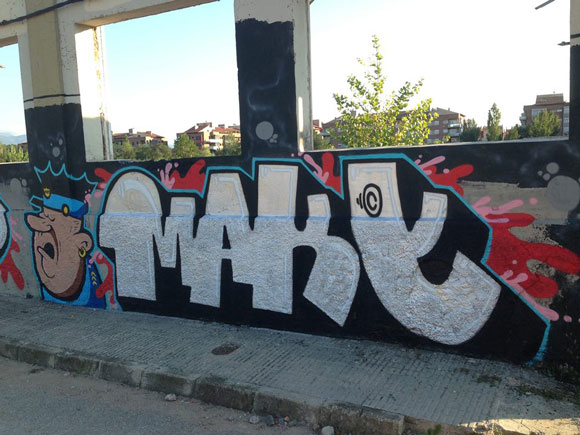 When I was young I was wear hearing aids for a while. With them on I could hear some noise, but when I got home I had to take them off because they made me really nervous. I never went back to wearing them. I prefer silence. I’m happy with silence.

Thanks a lot Maky, would you like to say hello to anyone? 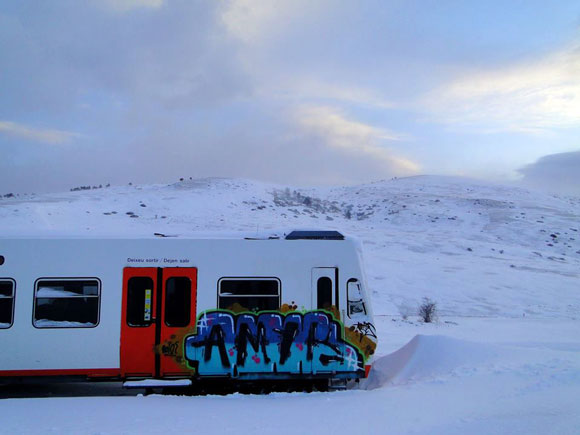 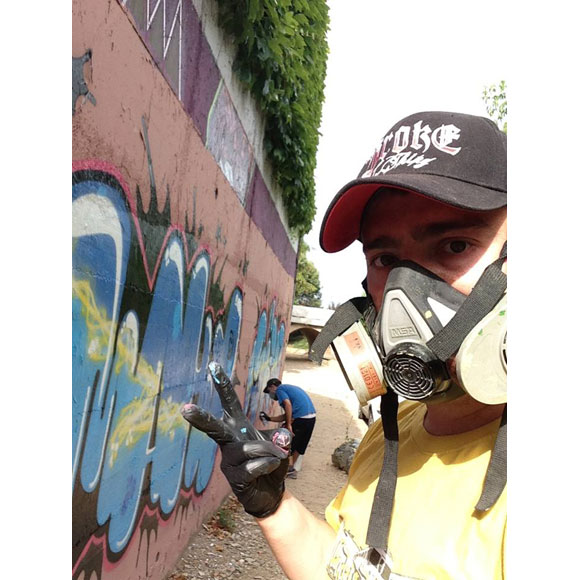