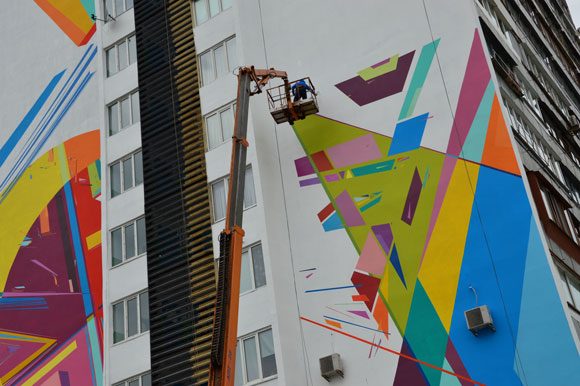 Kenor’s latest project has brought him all the way to the city of Kiev. A 16 story, 51 meter high mural in the Sviatoshyn Raion neighbourhood to be exact.

The Barcelona artist has lived amongst the continuous violent protests against the pro-Russian system in the Ucranian capital. Kenor himself gives us an anecdote that occurred during the time of his artistic contribution in the conflictive city: 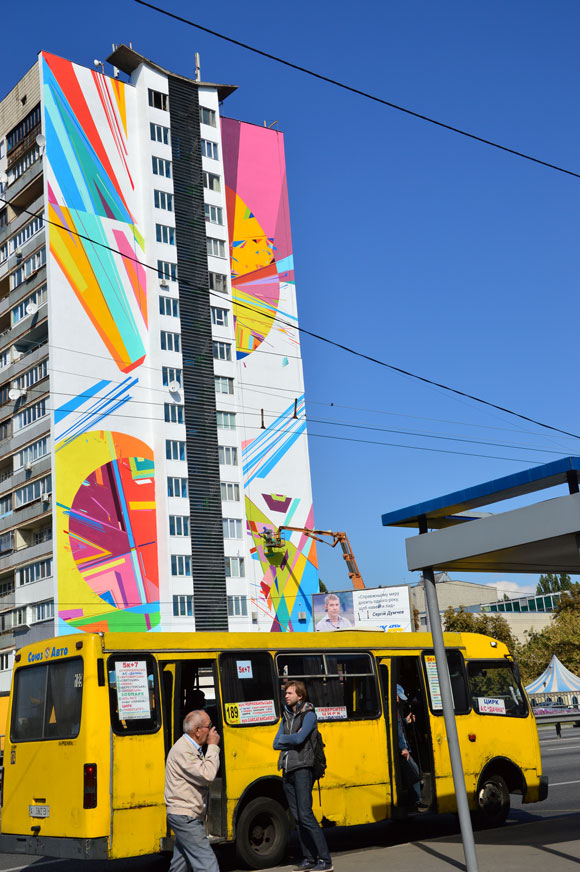 ‘The televisions followed the mural’s process on the daily. One day, in the morning when we got to the mural to start working, someone had robbed the motors from our lift. It was aired on the news, including a telephone number so that people could donate money so we could buy new motors. And people donated. Incredible.‘ 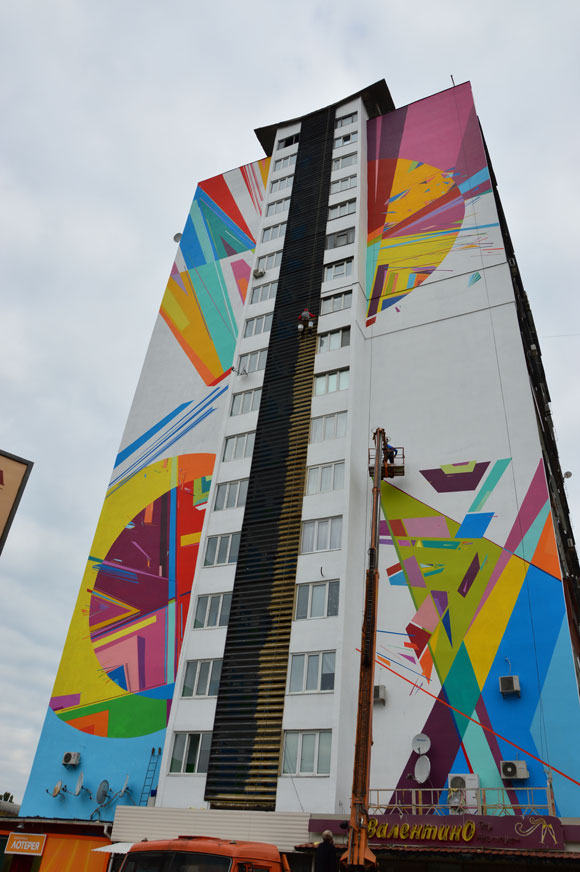 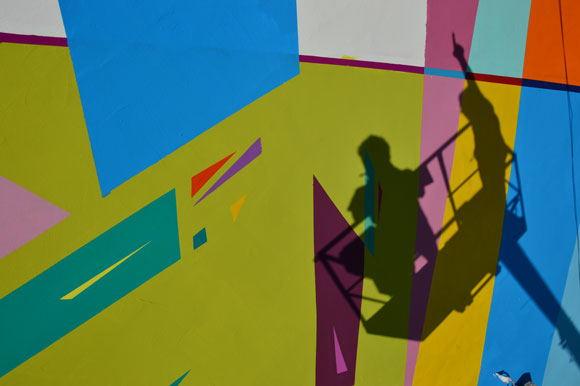 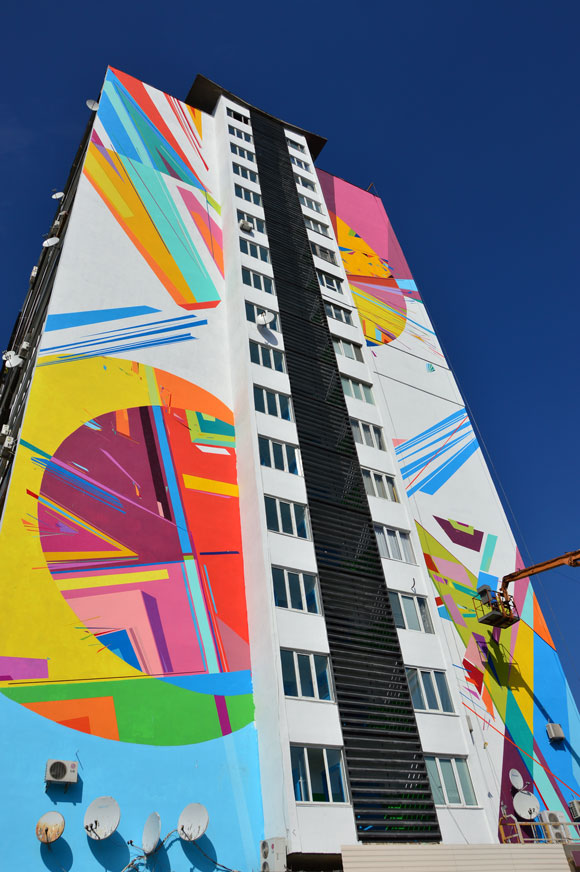 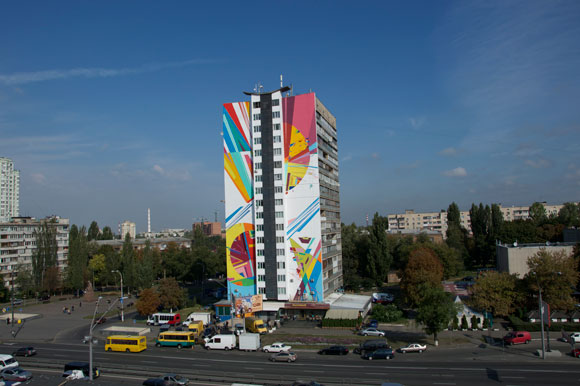