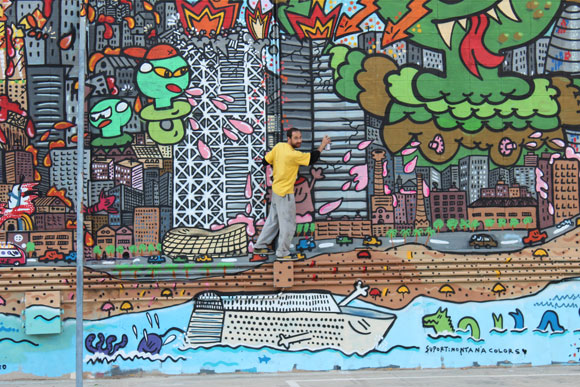 The phrase, “those were the days” ceases to make sense when that same attitude from back in the day still remains. And we’re not just taking about El Xupet Negre, pioneer of icon graffiti who after being active for 26 years, still decorates walls with that emblematic pacifier. We’re also referring to Kamil, who belongs to the new generation of Barcelona graffiti artists and is a tireless creator who affirms Barcelona’s identity with style that nods its head to the vanguard of the 1992 Olympics.

The two artists joined forces on this wall in the Poble Nou neighbourhood, representing their particular view on the city of Barcelona with a fun mural full of symbolism, fantasy, and freshness. 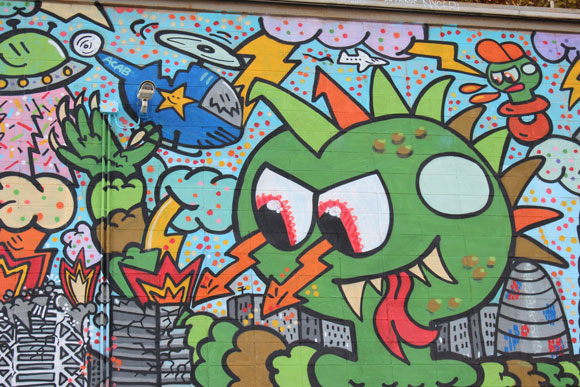 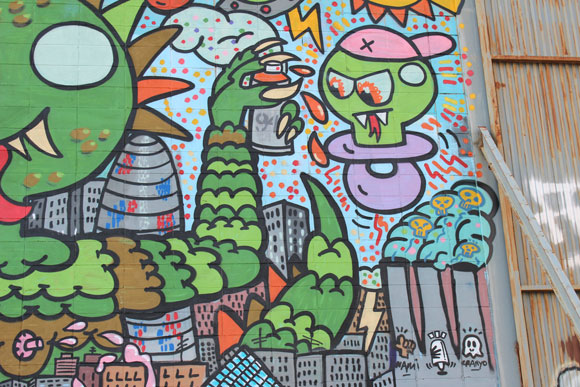 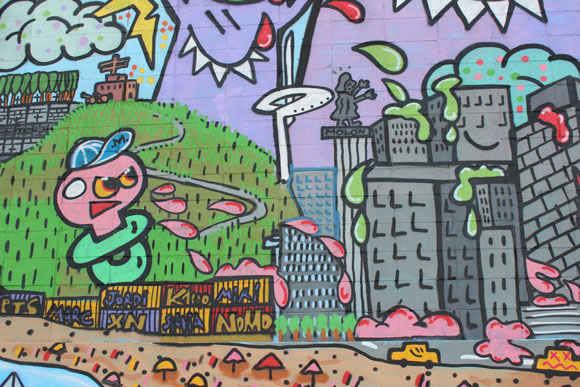 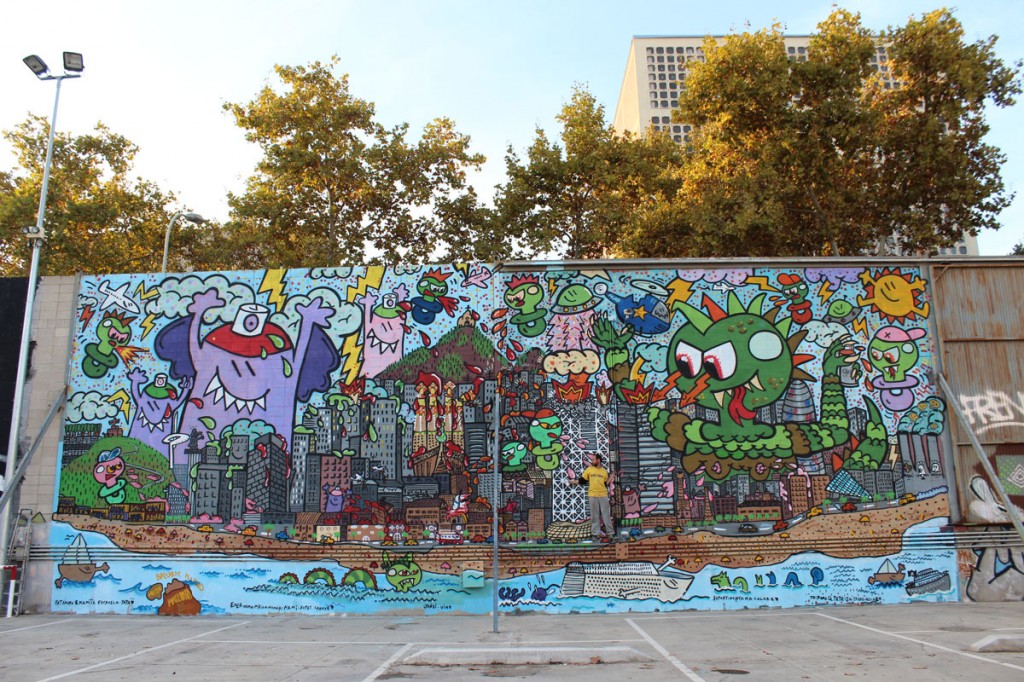 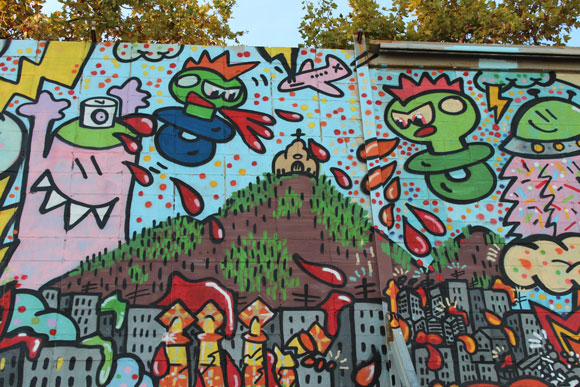 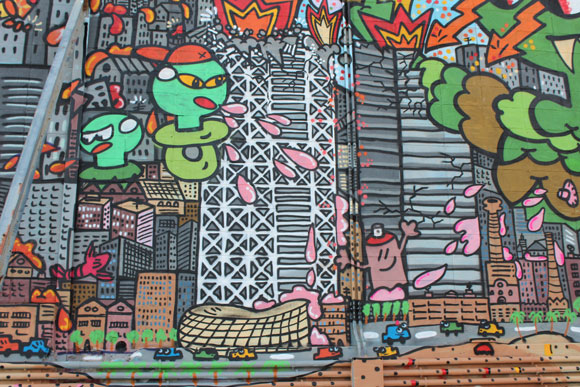