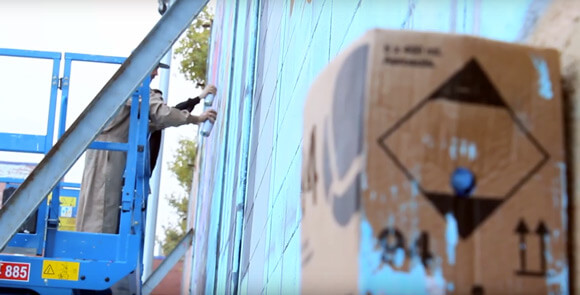 Do you remember the mural we posted in November by the Barcelona locals, Xupet Negre and Camil? Well, the Rebobinart platform has just published a video about the intervention the two artists did together. In it, the artists speak to us about the meaning of their style and the composition they created. Unfortunately, there’s still no subtitles so we’ve included some of the most noteworthy excerpts below.

‘In 2010 I made a change from doing letters to drawing pictures. My greatest influence is Javier Mariscal. I would define my style as naive, simple, colourful, and fun‘. Kamil 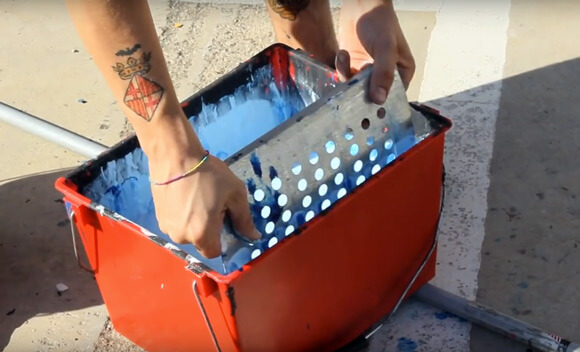 ‘I started in 1987 and since then I’ve been painting all over Spain and around the world (…). What I do is Logo-art. I gave it that name myself. Instead of doing a tag, I do a drawing of a logo or icon that’s always the same repetitive thing, and it’s easily recognizable for everyone‘. Xupet 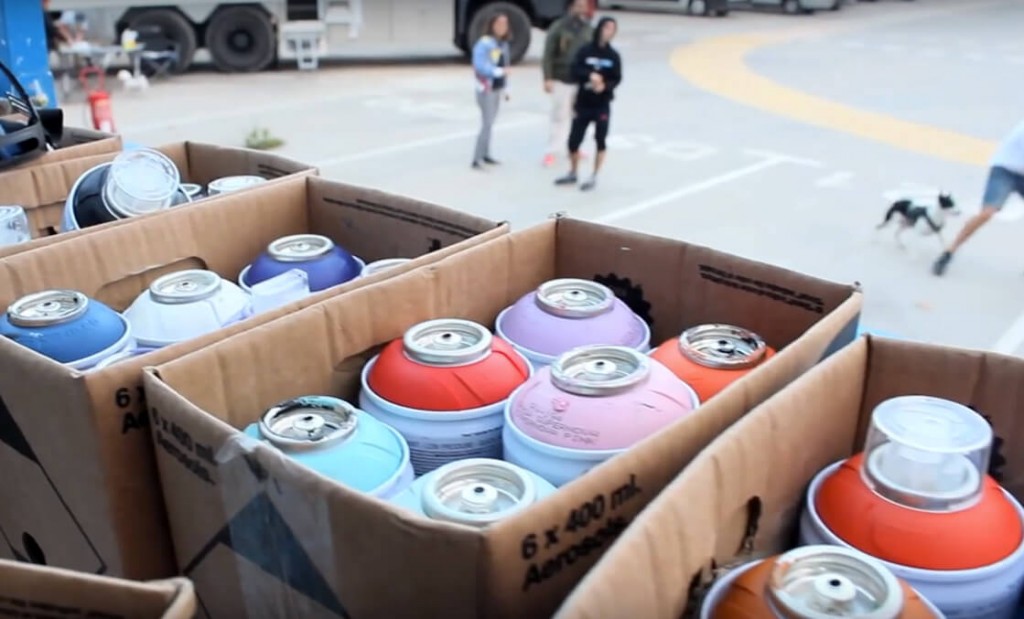 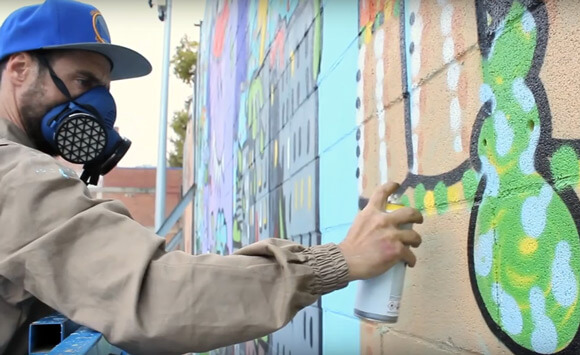 ‘We’ve represented Barcelona under attack by creatures that are half Godzilla, and half pacifier, that shoot paint and lasers around the city’. Xupet 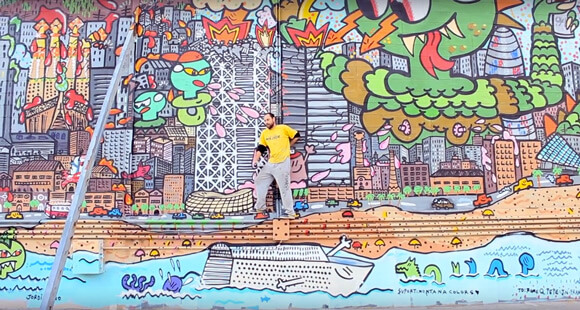 ‘In recent years, graffiti has transformed into street art…urban art… and it’s really great that artists have found their places in galleries. This is for two reasons. First, because there are many people working hard in the street. On the other hand, it’s a very big artistic and social movement that I think may even have reached a Renaissance level. Art has gone from being controlled by the wealthy to being for all classes’. Xupet