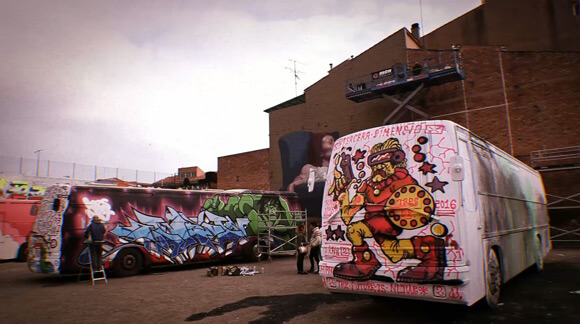 On May 29th, 1991, a car bomb rolled down the ramp of the Civil guard building in Vic leaving 10 dead and 44 injured. It was an attack by ETA that affected all the citizens of the small Catalan town and still does today. 25 years later in an attempt to promote Catalan culture, The Viccc Jam project was created, led by the Vic town hall and the Montana Colors Department of Culture. In this case, the explosion was one of creativity, color, happiness, and enthusiasm. It acted as a “karmic” cleansing of a place that in the future will be where the town library is located.

The jam lasted 3 days and included the participation of almost 20 artists that were both selected and spontaneously included, who left a trail of pieces on three old buses, a trailer, a 14 meter high dividing wall, and some odd 200 meters of linear wall. The cast was formed by artists and writers from the Osona area, and a bunch more from Barcelona and elsewhere. Inocuo, Sixe Paredes, Raul de Dios, Kenor, Chan, Spogo, Aleix Gordó, Miles Elah, Bazak, Bisual, Caneda, Kazzius, Morta, Degon, Hipno, Si3n, and Snail was the official line-up of this all star team that produced a large amount of amazing pieces that left the Vic public mind boggled. To end the event with a bang, Lucas Milà performed his spectacular water painting technique on one of the buses. 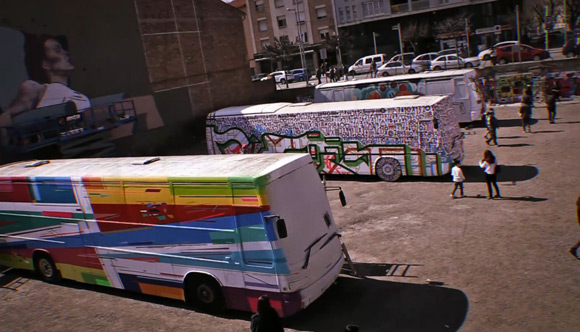 From Montana Colors, we curated the selection of artists as well as provided an area with material so that the onlookers could participate freely on a 44m long wall. The wall had to be buffed each night due to the extremely high amount of participation. 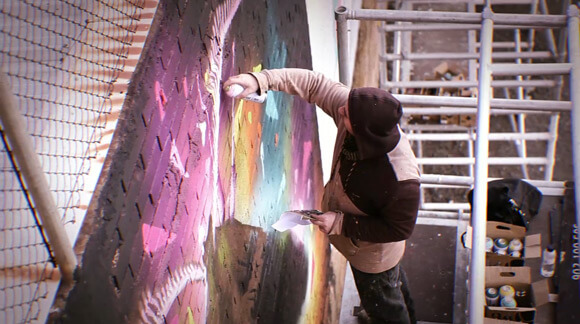 The same location that was marred by a tragic story has become a place filled with color and indispensable pieces for those who would like to take a trip through Vic to see murals.

Inocuo himself has taken charge of producing the audiovisual testimony for the event which we present to you here. 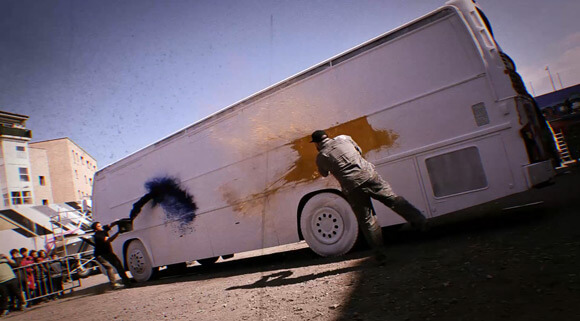 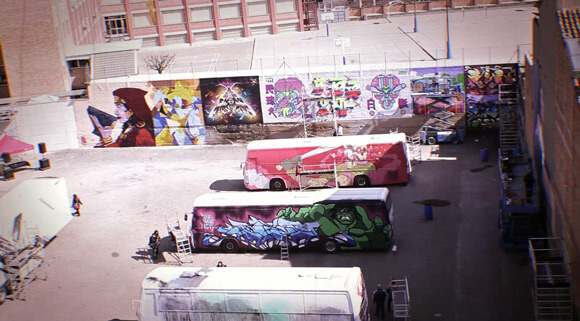 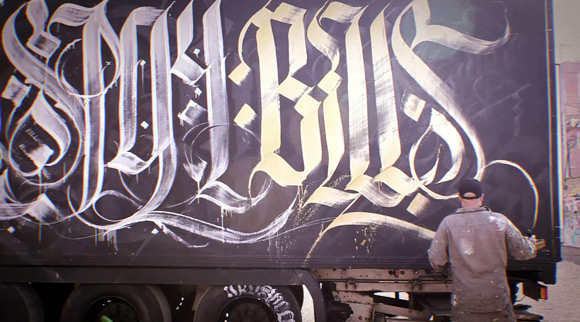