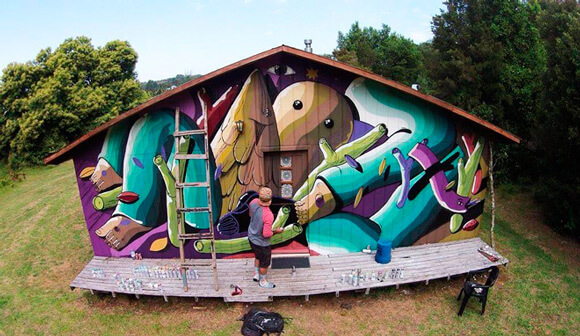 Daniel Marceli has been back to paint in the archipelago of Chiloé in the south of Chile. While recreating mythology, the composition is inspired in the story of an old legend who was converted into an owl.

Juan Quintana and Fransisco Artega ‘Fanti’ have taken on the task to make a documentary video about the making of this intervention under the title ‘Herencia Chiloé’ (Chiloé Heritage). Regrettably we can only offer the clip in Spanish.