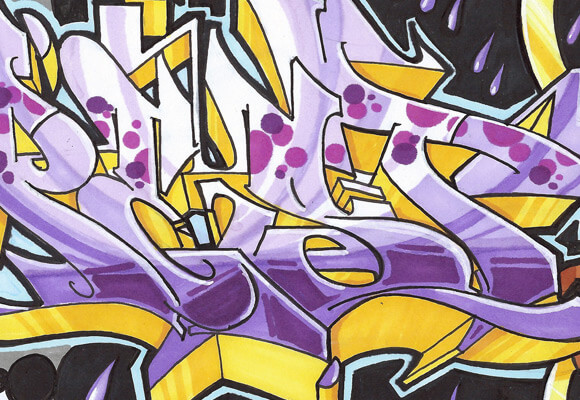 Pest is a graffiti writer which came to our minds when we thought about who could be a good idea to represent our section called ‘Ritual of Sketching‘. And we made the right choice. The Frenchman explains his way of working by braking down the drawing step by step. He also takes this opportunity to pay some homage to the recently passed away giant of music, Prince. 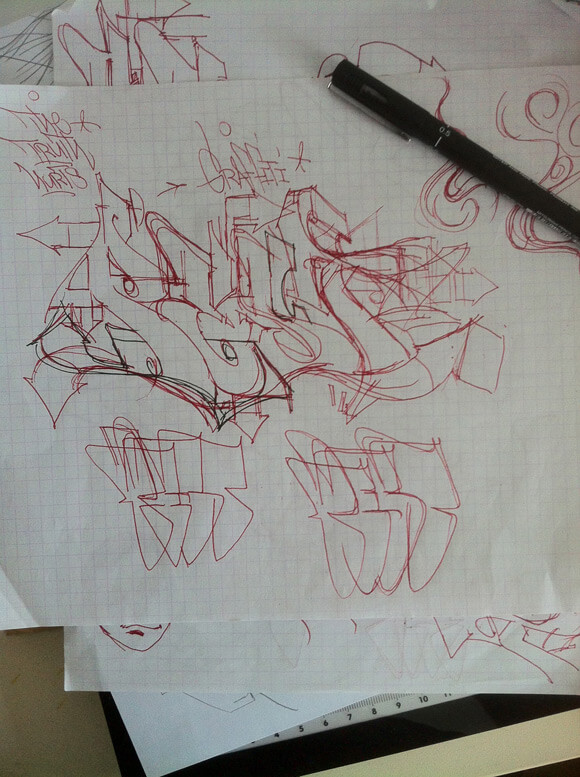 Find something in the mess, I do a lot of straight line sketches,  it helps me to find some new curves and forms. 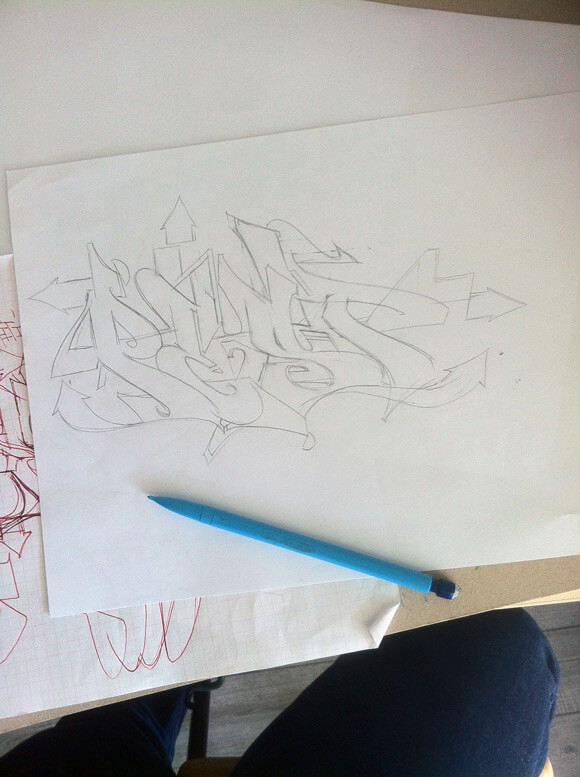 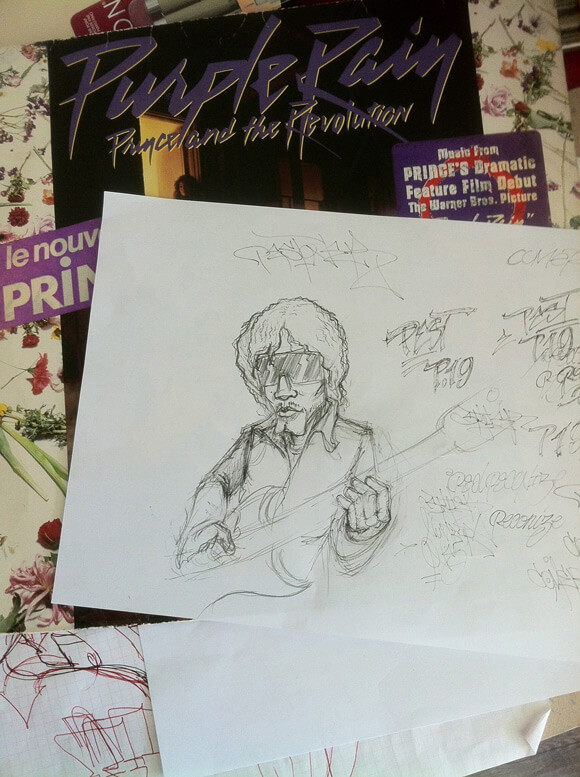 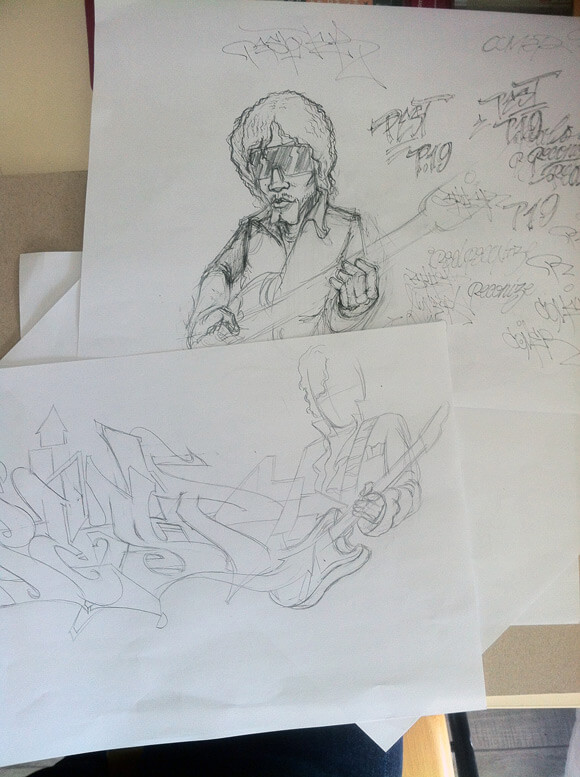 Add the character by the letters, and trying to make it look better. 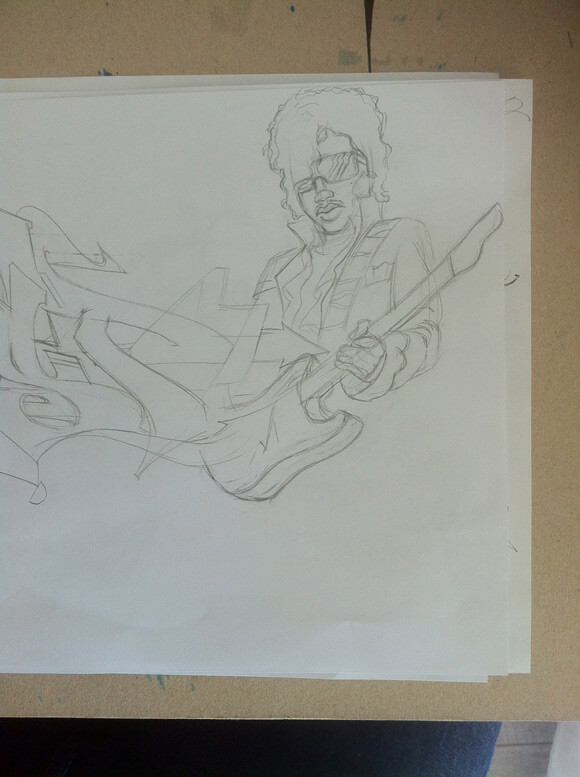 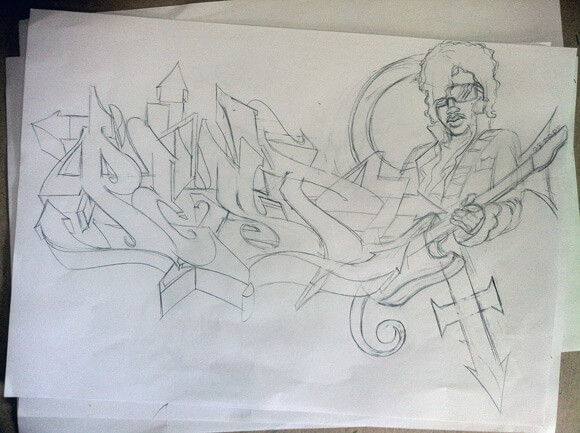 Letters and characters sketches on point!! 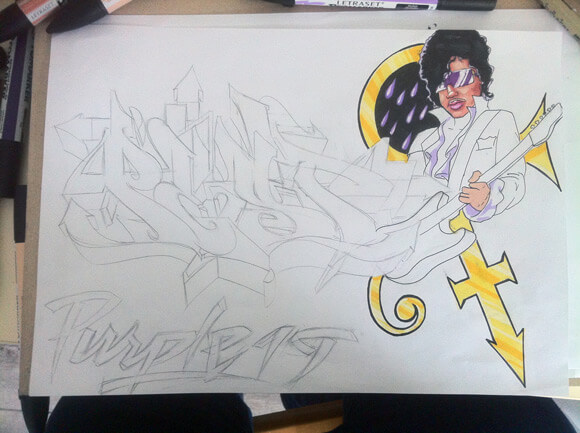 I always start by coloring characters because it takes time and I’m not used to it! 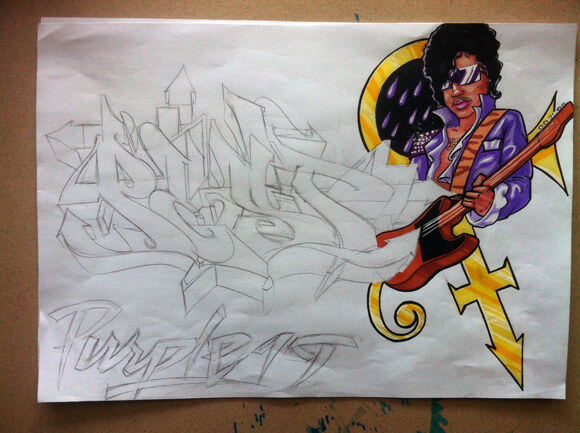 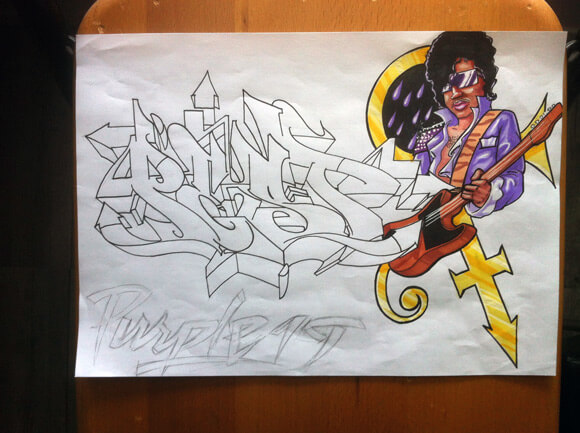 Outlining the letters to see clearest. 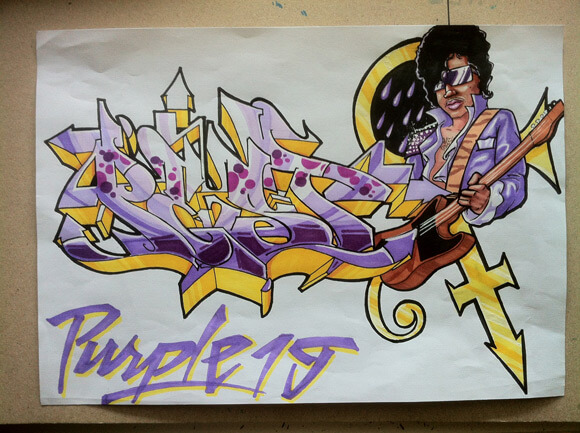 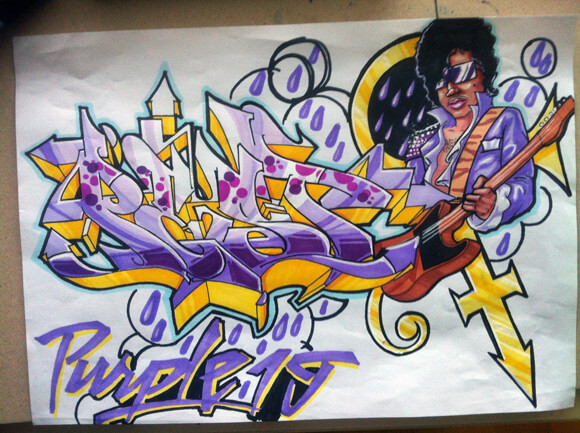 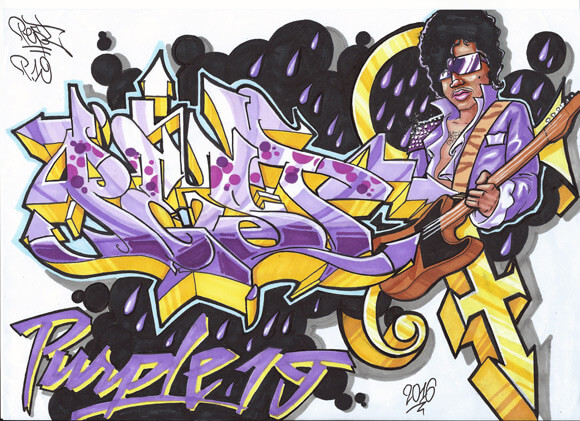