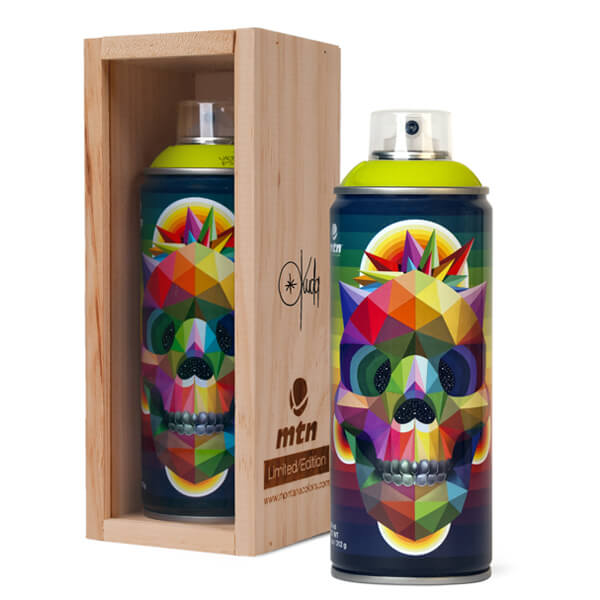 Today we have the honor to present two releases with one of the most talked about Spanish urban artists: Okuda.

The Limited Edition release, a collaboration that’s been pending for a while and ended up happening in one of the best times in his career, is accompanied by an audiovisual piece that takes us to places as intimate as his studio. There, Okuda San Miguel speaks about the evolution of his work and the consequential change in its social perception, as well as the importance of materials with his peculiar style, and his relationship with Montana Colors.

Vietnam Estudio get behind the camera yet again to give us this exclusive experience through their refined point of view. 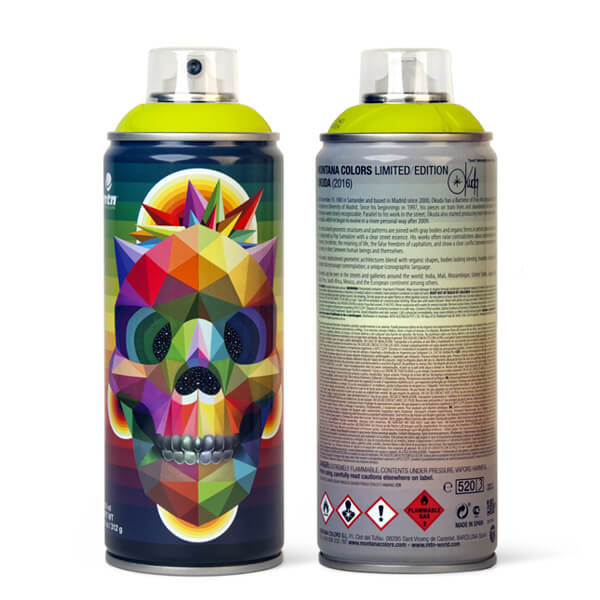 Born November 19, 1980 in Santander and based in Madrid since 2000, Okuda has a Bachelor of Fine Arts degree from the Complutense University of Madrid. Since his beginnings in 1997, his pieces on train lines and abandoned factories in his hometown were clearly recognizable. Parallel to his work in the street, Okuda also started producing more intimate works in the studio, which he began to evolve in a more personal way after 2009.

The multicolored geometric structures and patterns are joined with gray bodies and organic forms in artistic pieces that could be categorized as Pop Surrealism with a clear street essence. His works often raise contradictions about existentialism, the Universe, the infinite, the meaning of life, the false freedom of capitalism, and show a clear conflict between modernity and our roots; in short, between human beings and themselves.

His works can be seen in the streets and galleries around the world: India, Mali, Mozambique, United States, Japan, Chile, Brazil, Peru, South Africa, Mexico, and the European continent among others.