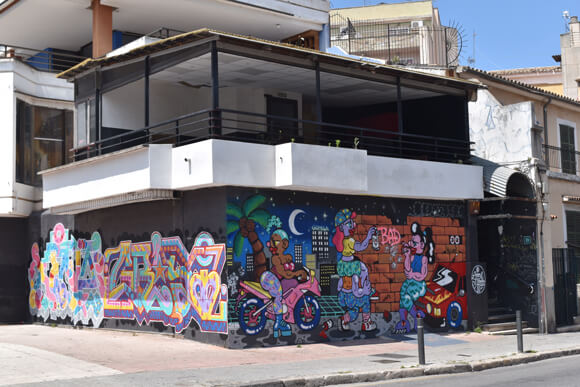 As part of the things to be seen at the event Grrrlffiti held in Palma de Mallorca in March and sponsored by Montana Colors, Xena and Grasi made a mural on a corner wall. The took advantage of the surfaces peculiar nature and divided the intervention into making classic graffiti on one side and illustrations on the other. The two excellent writers truly claimed their talent and the presence and potential of women urban art in the Balearic capital. 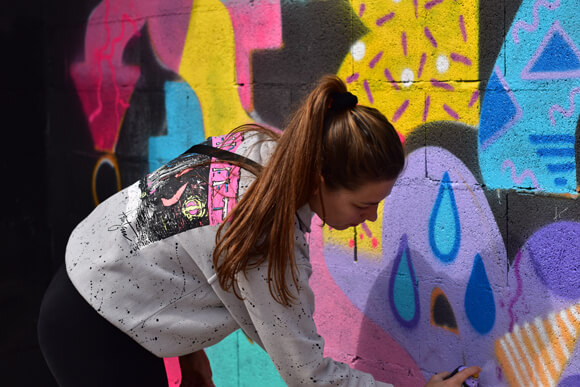 “Grrrlffiti is inspired in the Riot Grrl movement, which primarily designates from a female musical movement which arose in the United States in the 90’s. This is a counter-current culture which shares certain premises with the Punk movement, but is basically based in the idea of the designation of gender. (…) Riot Grrl  also stands for other assumptions like Do It Yourself, associationism and activism… Things which Grrrlffiti identifies to one hundred percent.” 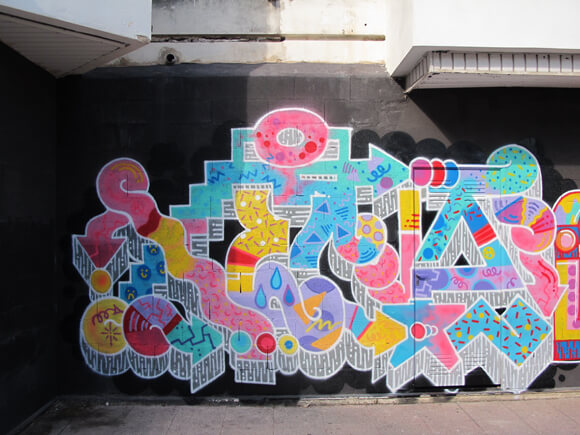 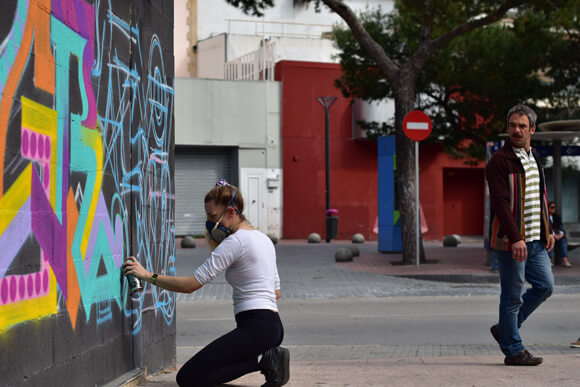 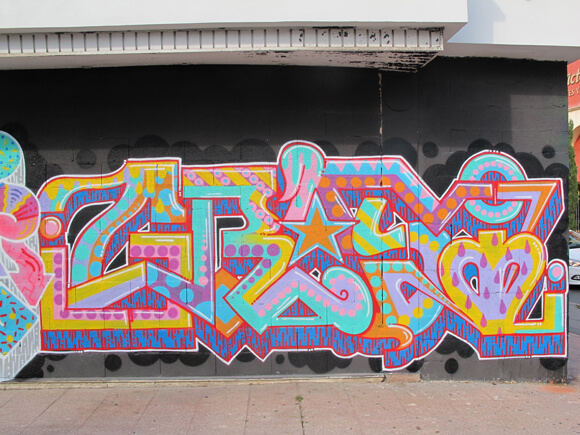 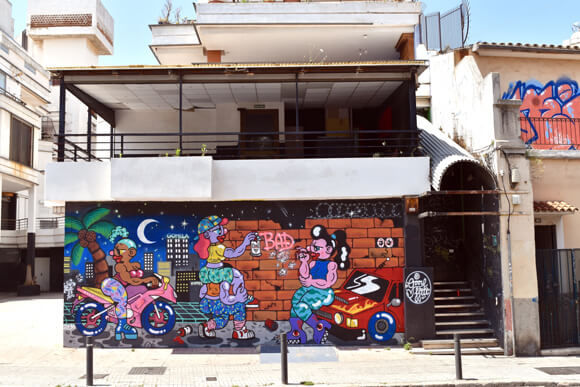