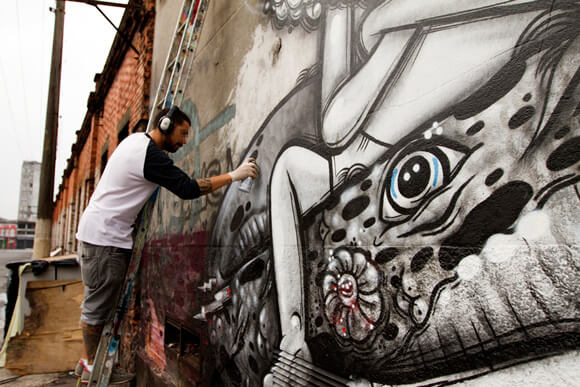 During the first week of August the gallery Urban Spree in Berlin opened their space to present the Brazilian artist Sosek and his expo “Interno“. The Sao Paulo born and raised Sosek roams the streets in his natural habitat painting and portraying the harsh reality with only the use of black Ink.

“Carlos Eduardo Doy, a.k.a. SOSEK, is an artist from São Paulo, where he lives and works. He started his artistic path very young through graffiti, lately being in contact also with Graphic Design and Illustration.

SOSEK says that his strongest influences are the pixação culture, japanese culture and the city of São Paulo, besides the creative atmosphere that comes from the proximity with friends who are also a part of the artistic universe. 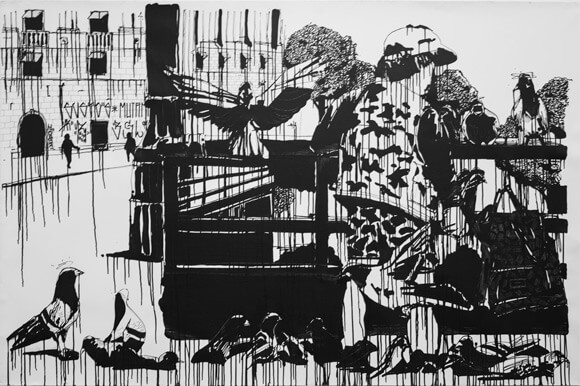 On his creative process, though, SOSEK chooses to be more introspective, dedicating most of his time investigating himself and the relation between his interior world with the exterior world, using this self-observation exercise as a fuel to his art. 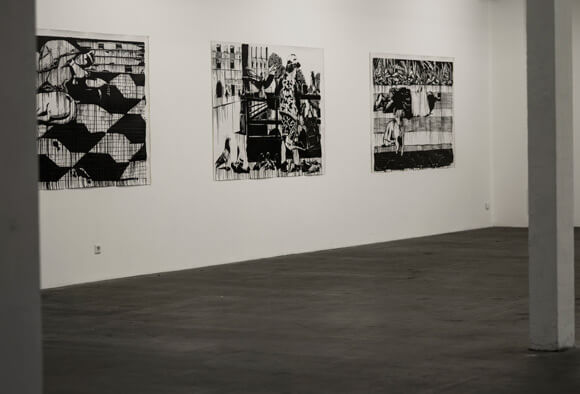 His most recent works are focused on the reality of the streets of São Paulo, specially of the people who live in the streets. The subject came to his mind from the observation of the places he passes by when painting in town – from that, some pictures were made and used as source material to create SOSEK’s paintings. 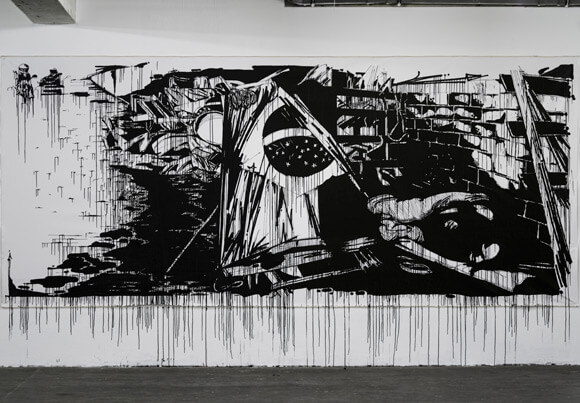 Concerning the technique, SOSEK uses squeezers to create his works. The choice of this specific tool connects the practice to the concept of his creation, since the squeezer is the material he uses also to write on the streets. According to the artist, the fast and loose stroke of the squeezer brings a lot of freedom to the production of his paintings and, at the same time, doesn’t give the artist complete control of the work’s final result, since the paint flows through the canvas creating an effect very characteristic of SOSEK’s pieces.” 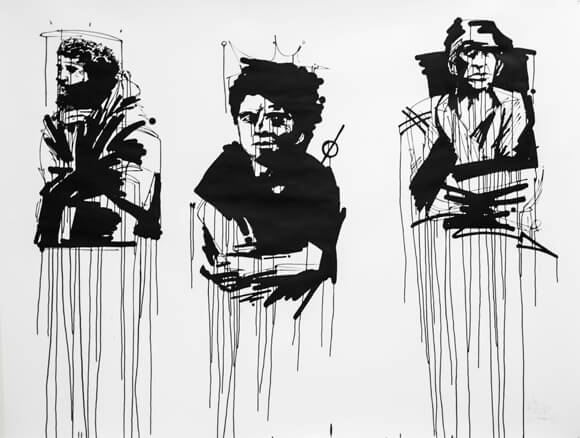 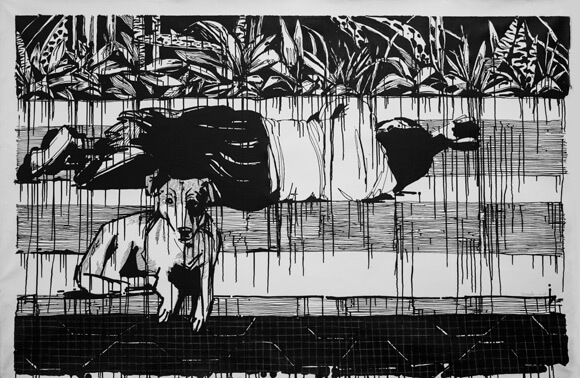