Sloke is one of the most famous writers from Texas. We asked him to show us his Three Aces and these are the ones he selected. As he himself declares, “I don’t think I am really ever satisfied with what I paint for long because of that yearning to get out and do it better than before…”

I was asked to paint whatever I wanted at the Utopia music festival this past year in Austin,Texas. The vibes were great! I chose a semi-wildstyle piece because I wanted people to look at it and try to decipher it. “What does it say? I don’t know, you tell me…” I chose bright neon colors that would glow at night. The look on some of those ravers faces who were trying to read the piece made my night! 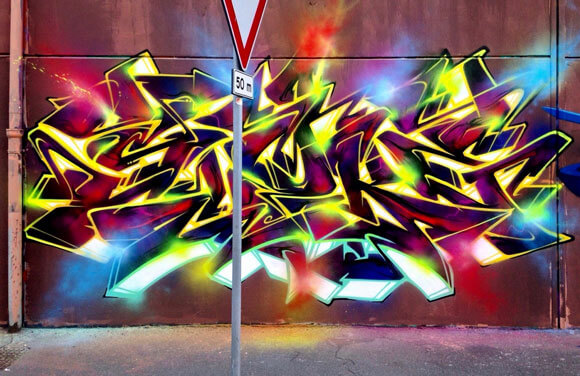 I painted this piece at MOS Milan. I just went with it. Freestyle! The neighborhood was checking everyones art out. It was a great feeling having people come out,young and old,appreciating the art. I had a great time meeting and painting with some of Europe’s top talent. 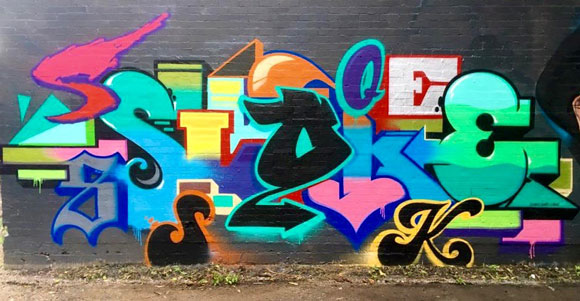 Every time I travel I get inspired. Sometimes a whole new style will emerge from an idea. I painted recently in London with Tizer, Stika and Ebot. Good times! I had played around with fonts before but never a painted a piece with them. I owe that inspiration to Stika. The man is a beast! This style has led to many more ideas that I am currently playing with. I look forward to painting and building new styles. That is what I love about graffiti. The styles are limitless!