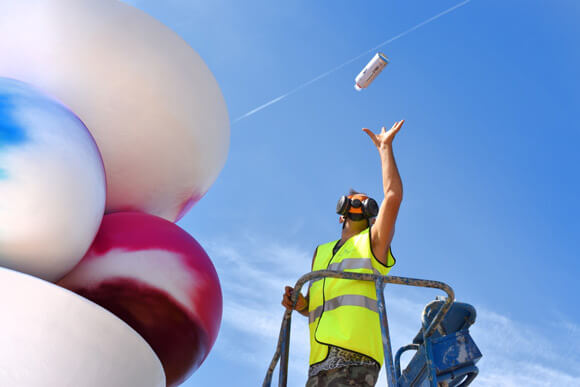 Despite the fact that lately, Okuda is one of the Spanish urban artists who’s getting around the most, he’s not neglecting his more traditional projects. An example of this is the sculpture that he made together with Remed in 2013 for Campo Viejo that has now reached its time for renewal. 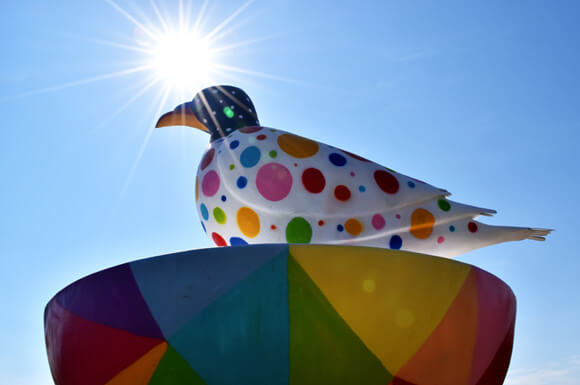 The two artists, representing the “Streets Of Colors” project, initiated by the aforementioned winery, have worked symbiotically once again to update an enormous figure that presides over the vineyards at Campo Viejo with their latest vibrantly colored styles. 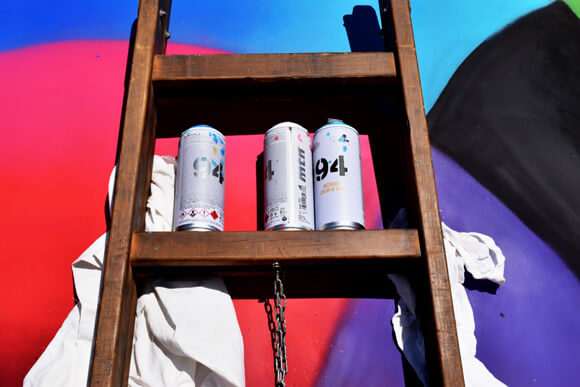 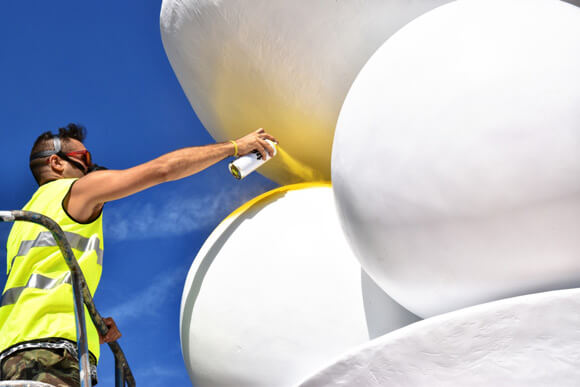 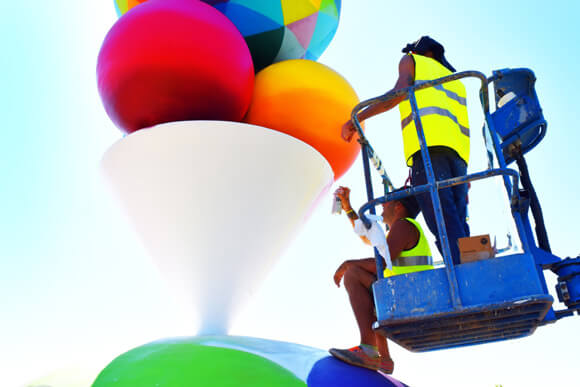 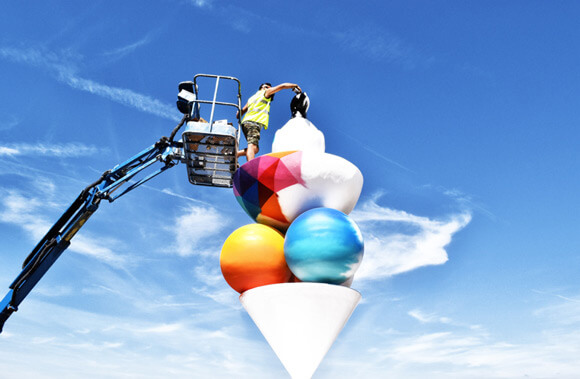 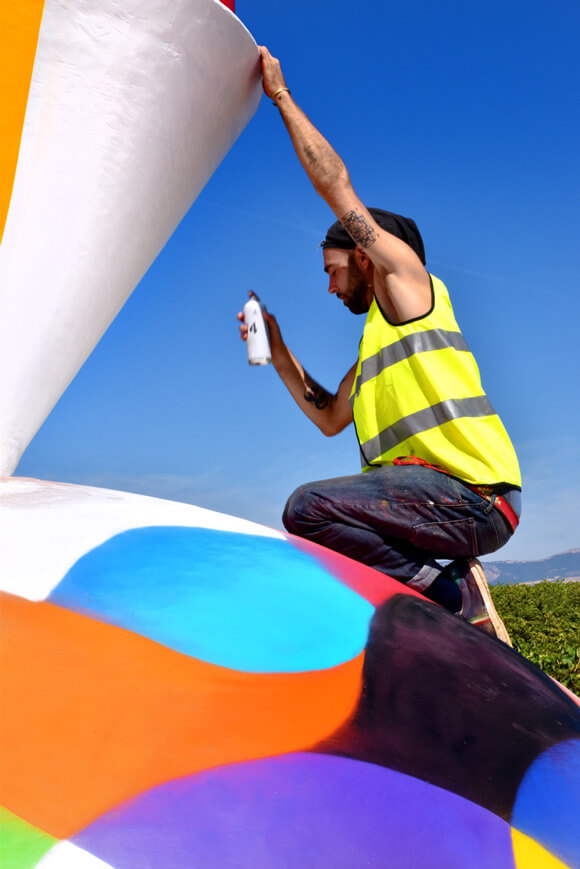 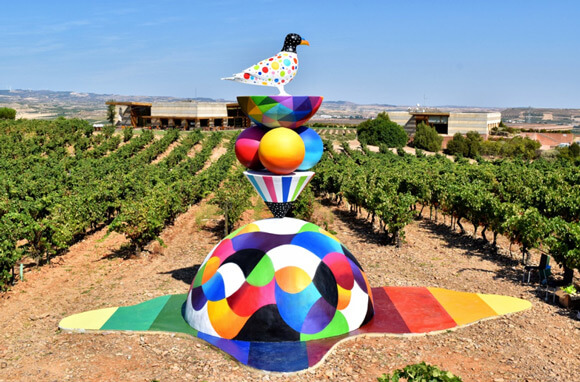