ART IN THE FRONTLINE 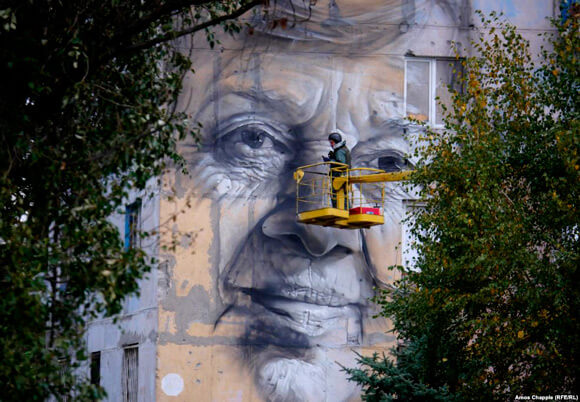 Avdiivka is a city in the Oblast (province) of Donetsk, loaded in the southeast of Ukraine. It’s one of the hot spots in the “War in Donbass”; an armed conflict that, since it’s beginnings in 2014, has cost the lives of more than 9,600 people, and that since a year and a half ago, has situated this town on the front line position against the Russian separatists.
The Australian, Guido van Helten, has visited this hostile territory in order to carry out an artistic project, and it has caused a certain confusion amongst the local inhabitants because of its daring character. 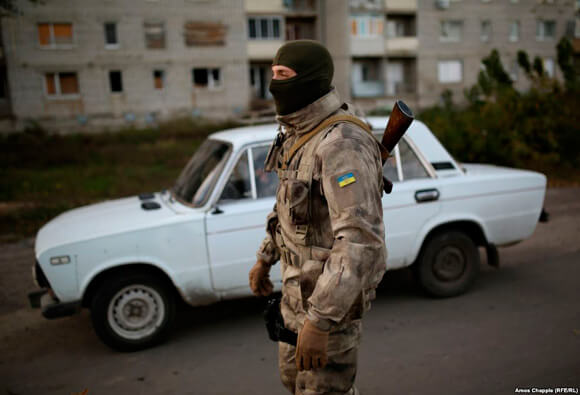 Marina Marchenko is a 73 year old professor that teaches classes at a local school. She was the artist’s chosen model to reflect the local identity by means of a portrait. Protected by a bullet proof vest and helmet and amongst the military prowling through the area, van Helten completed the work utilizing an ample selection of greys from the 94 range. The result is an overwhelming postcard in which art performs its bravest responsibility.

You can see the whole impressive report at RFE/RL’S. 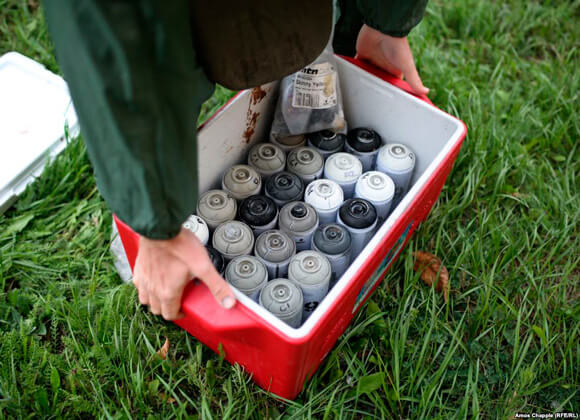 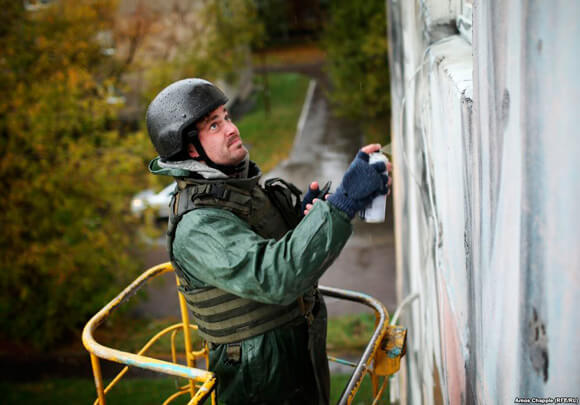 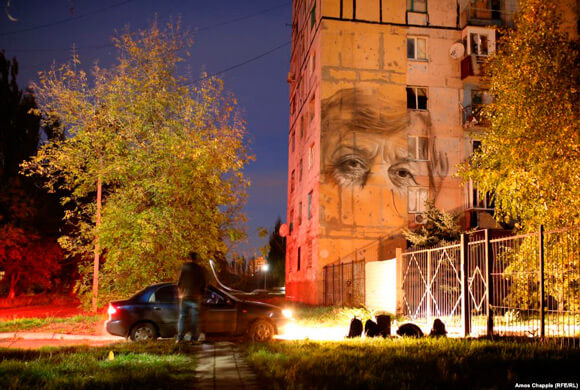 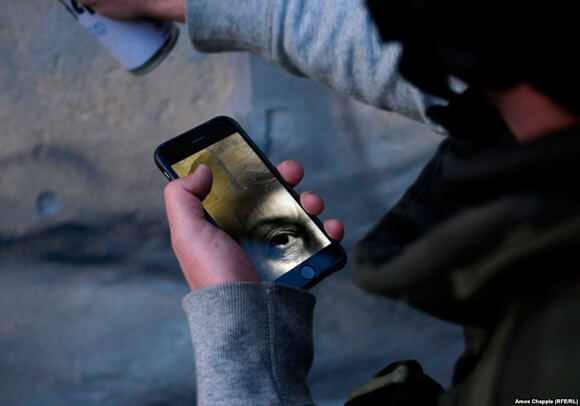 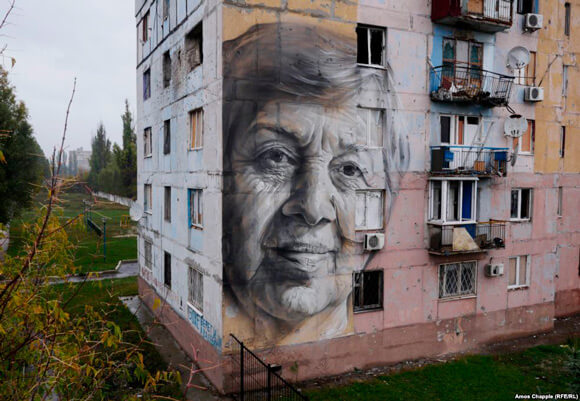 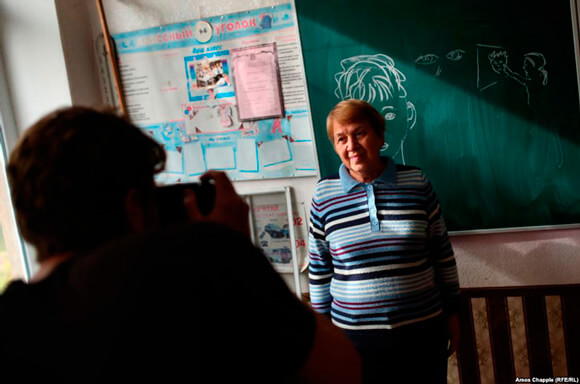