DOURONE, A MESSAGE WITHOUT BORDERS 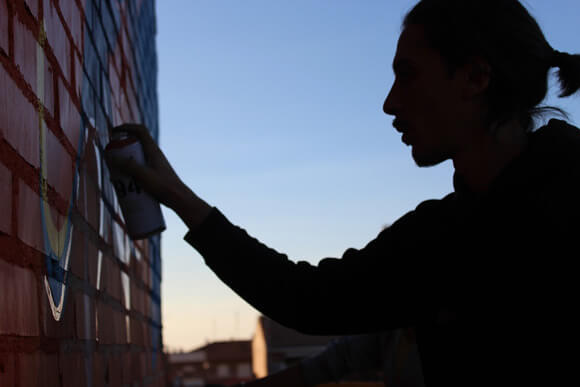 The latest walls by Dourone follow the same direction in color, so we decided to group them all together and present them as a whole. The three walls, executed in three different languages, reflect the international view point that Dourone wants to give to us; three transcendental contemplations regarding global human behaviour. 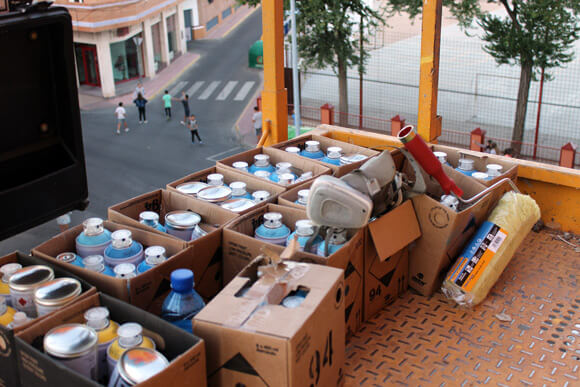 “Frontieres Aquátiques” is the title of the artwork completed in Bordeaux for the Ocean Climax Festival. Located in Darwin in an alternative space dedicated to economically responsible development, the piece speaks of freedom and of the concept of borders as a boundary between humans beings. 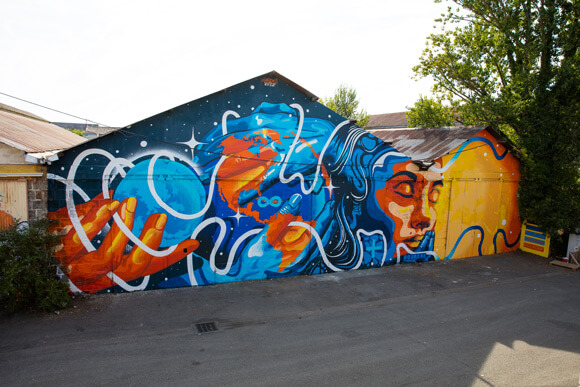 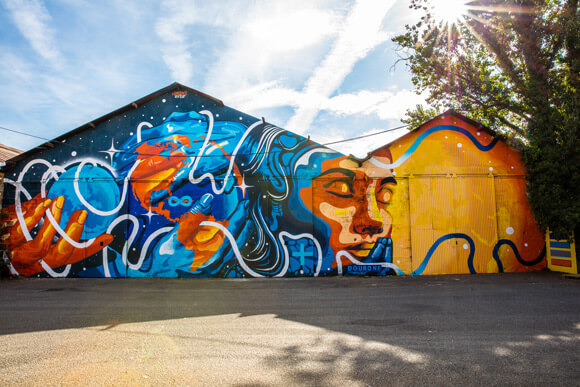 The work titled, “Un mundo posible” attempts to convey a feeling of positivity and hope for the future through the serenity of a feminine face and an image of the globe. Torrijos, in the Toledo province, is the town where this intervention is located. 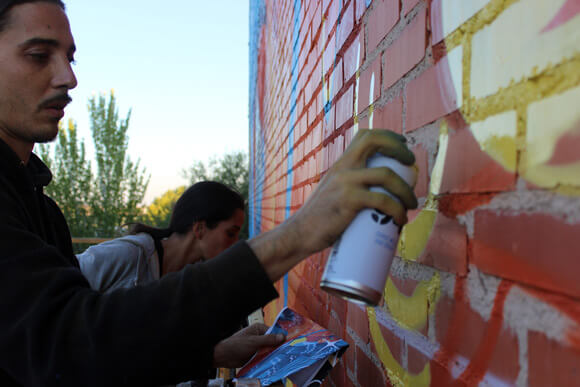 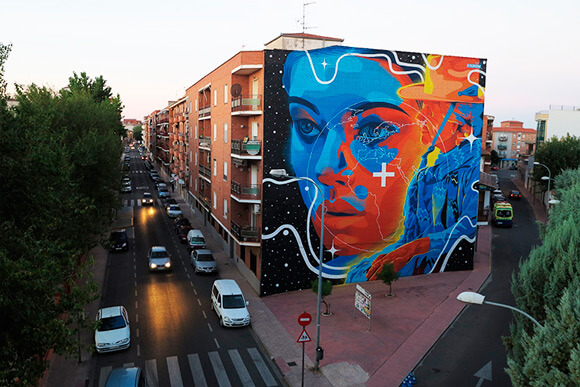 The biggest of the three murals is the one that was painted in Kiev. With the title, “Fraternity”, this one calls upon the value in respect, freedom and diversity, in a conscientious message about the problem with social individualism.

As we can see, these three productions by Dourone all fit within the same pattern and not just because of aesthetic criteria. A transcendental message of values and global consciousness allows us to group this trilogy, and their significance gains meaning thanks to the various locations where they have ended up. 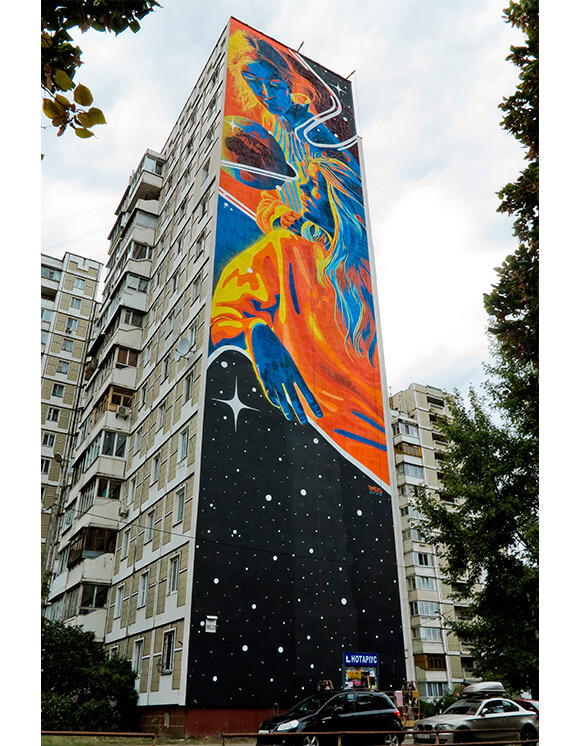 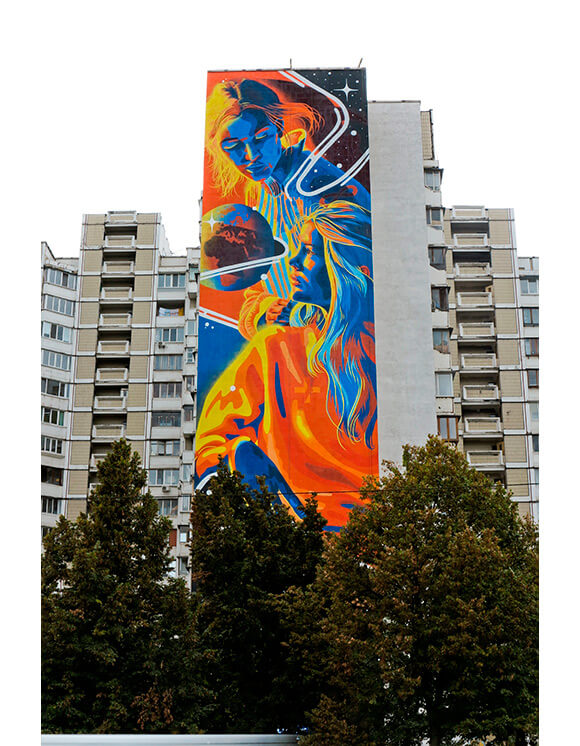 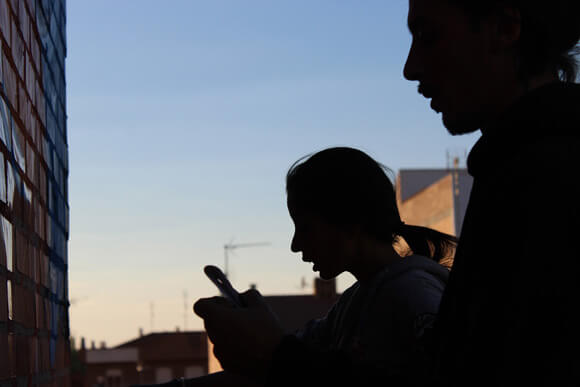