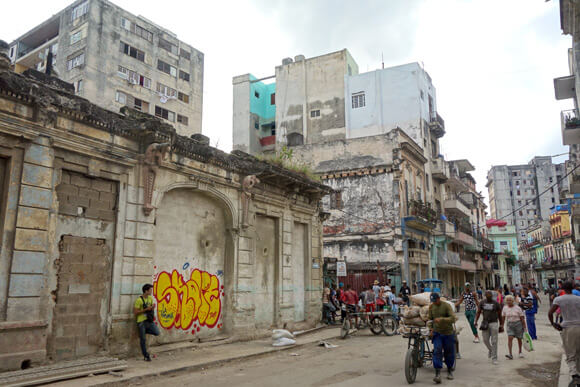 The recent passing of Fidel Castro has reminded us once again of its inevitable destiny. Its isolation from Western capitalism seems to have its days numbered, and even so, its streets remain with a precarious appearance like that of a society on the margins of consumerism. It’s a society in which graffiti has a very timid presence, not just because of the scarcity of materials. 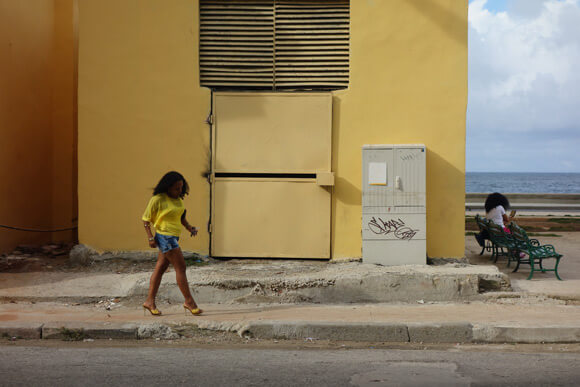 S.kape289 escaped to the communist island without forgetting to paint, and he’s brought us his experience through his own words.

“In Cuba, Graffiti goes back to the basics: a tag, a two letter throwy there, another single colored throw up over there, a small piece with a one color fill on that corner…” 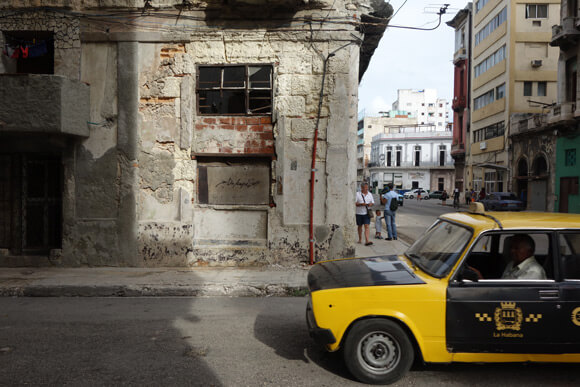 No spray cans, no caps, a couple of colors of roller paint to choose from, very limited Internet connection, no abundance of consumer goods. Cuba is an interesting place, and that doesn’t change when it comes to Graffiti. I noticed two local street artists who paint their characters with brushes in public places. One of them goes by the name of “2+2=5?”. Even though he doesn’t paint primarily his name, this youngster gets quite a lot of tags in and even some bubble styles with his iconic character, which he is widely know for.

“Weather circumstances and old wall structures contribute to the elimination of Graffiti within a couple of years.” 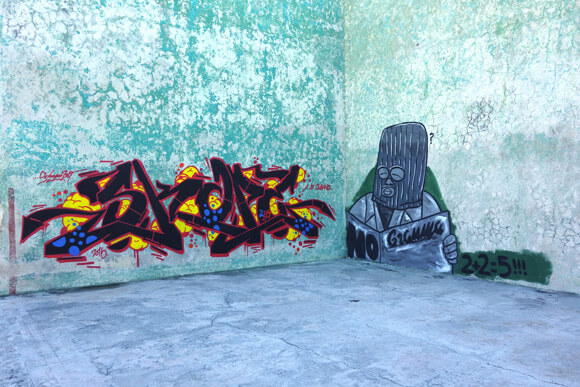 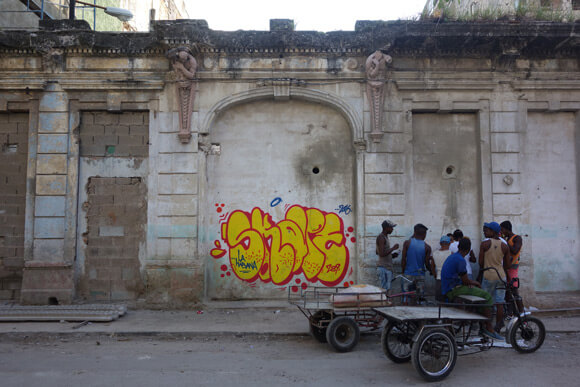 If you look around you will find a little bit of Street Art, some stickers and graffiti tags, but throw ups are limited and pieces are very rare. Tourists dominate the game of graffiti with their spraycation marks in Cuba, a country that doesn’t have its own graffiti scene. Weather circumstances and old wall structures contribute to the elimination of Graffiti within a couple of years. But Cuba’s architecture and its  abandoned places offers perfect spots to paint Graffiti, and the characteristics of this beautiful island take you back in time. It might even give you a slight feeling of the “old days” of the graffiti struggle like when you had To paint bigger, to use more elements and more designs seem almost irrelevant. To get your name out matters.When it comes down to Graffiti its about style in its purest form. In Cuba, Graffiti goes back to the basics: a tag, a two letter throwy there, another single colored throw up over there, a small piece with a one color fill on that corner, another one somewhere else. I didn’t see one chrome bombing.

“You should also be very careful about the chosen location.” 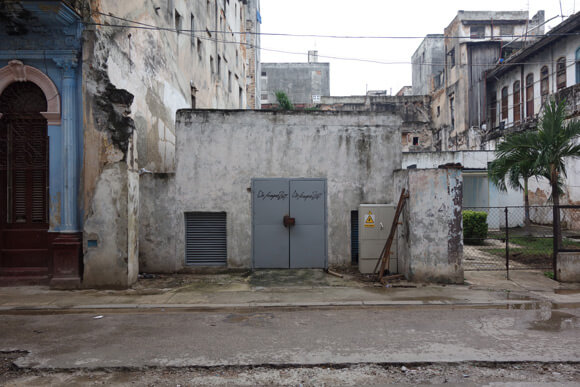 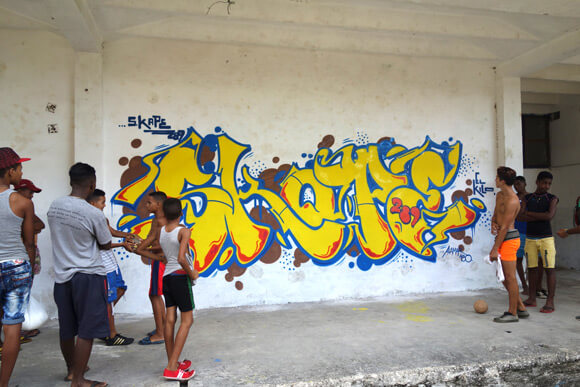 Cuba is a very safe place and even when it’s late at night there are going to be a lot of people wandering around. When I started painting, sometimes Cubans would take pictures, tell me stories or ask me to “Please – write my name!”. That doesn’t mean the police will not bother you and you should also be very careful about the chosen location. Private property is everything in Cuba but Cubans are not going to tell on you. They like the change of something new and unexpected. One time I took pictures of a throw-up and a passerby stopped and asked me in Spanish, “What is this, I know it starts with an SK – but the whole neighborhood is going crazy about it”, me:  “you like it though?” “For sure I do, it’s beautiful”. 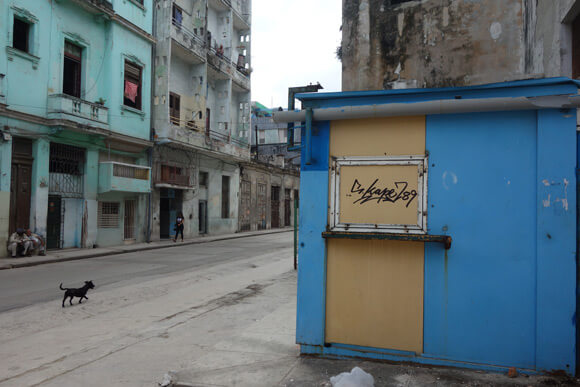 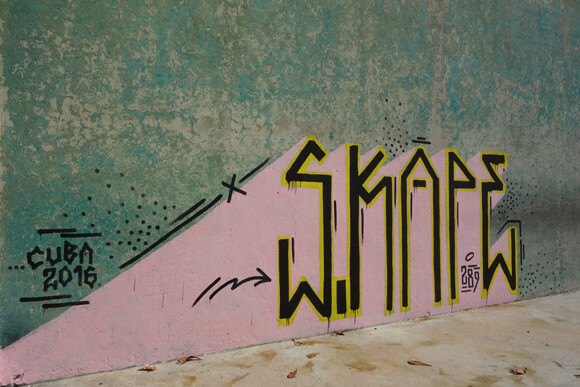 During my stay I tried to do everything I could manage with limited equipment and only a short amount of time. I was lucky enough to get into a circle of young artists who would share their ideas with me and support mine at the same time. I wandered around, met Cubans, checked out local and foreign art, enjoyed catching tags, did a few throw-ups and painted a few pieces. Everything was done with roller-paint fill-in and about six cans of spray paint. Check out the results. Cuba – an interesting country, not only for writing Graffiti. 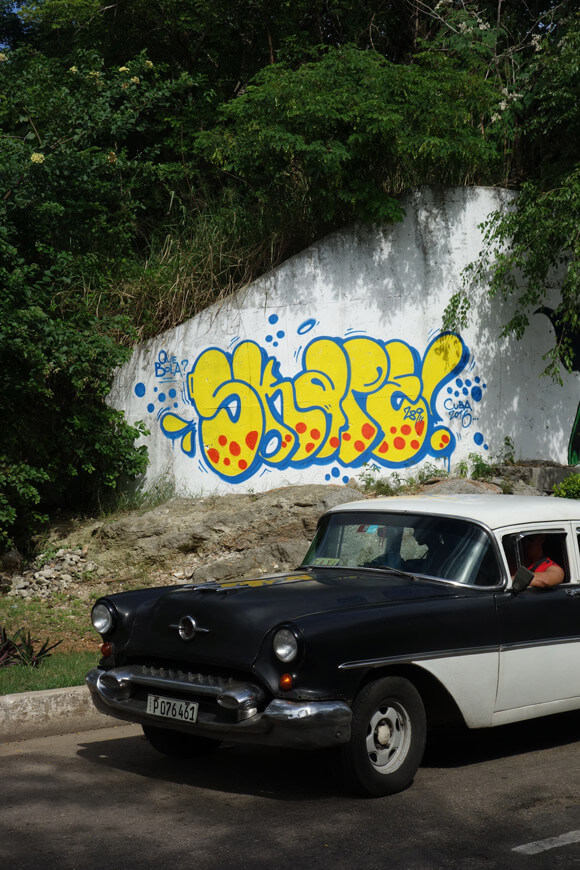