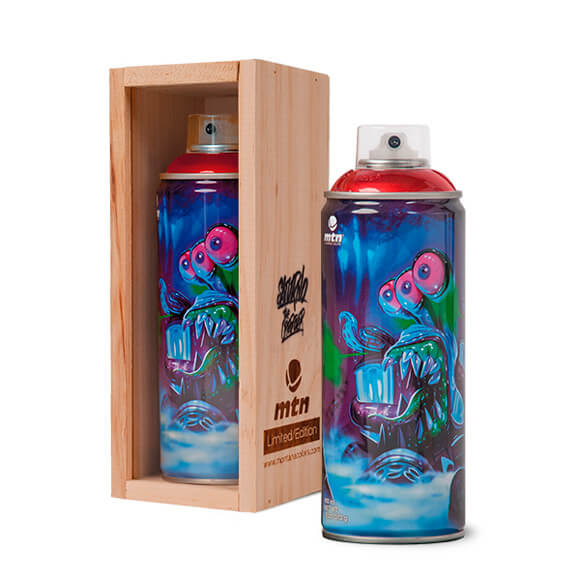 Miguel Ángel Sánchez, Saturno “The Creatter”, was born in 1979 in Malgrat de Mar, a small village located one hundred kilometers from Barcelona where he spent his childhood surrounded by VHS tapes, video arcades and movie theaters.

As a child, on a daily basis he contemplated on the movie theatre facade that was very close to his home. That’s where the posters for the movies that he wasn’t allowed to see because of his young age were posted. This circumstance, coupled with the mystique of cinema, caused his imagination to drag him on a one way trip with no return to that movie theatre’s lobby. Once inside, he heard the murmur of those “forbidden” films and was surrounded by film posters and lobby cards. It was just in that moment when he discovered his fascination for fantastic cinema, terror and sci-fi; the nourishment and source of inspiration that caused his need for drawing.

Available for USA in SprayPlanet. 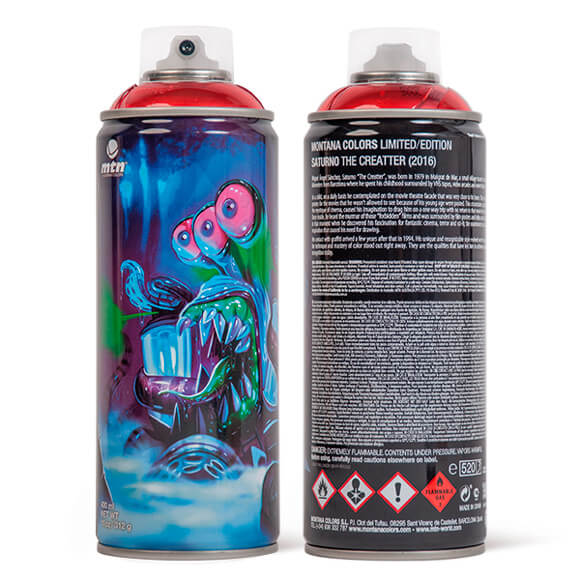